The band’s throwing a shindig to thank supporters

GOLDEN RAT, Cusses’ highly-anticipated second LP is one step closer to being in the hands of the public—but first, a party!

Fans who contributed to the band’s Kickstarter got their vinyl in January, and the band’s throwing a shindig to thank supporters for their contributions. Don’t worry though; while the spotlight’s on the Kickstarters, the door is open to all, regardless of whether attendees chipped into the crowdsourcing campaign.

Brian, Bryan, and Angel handpicked two fresh Savannah bands to get in on the action. It’s the first show in a while for The Toxic Shock, a trio featuring half of Crazy Bag Lady (faces concealed) and fronted by the compelling Greta Odrezin.

Cusses is releasing an EP, Here Comes the Rat, to tie everybody over until Golden Rat emerges—a cassette will be available at The Guild Hall, as well as limited edition posters and tees.

Of most worthy note? This show’s all ages, and it’s early—so for all y’all with kids or less than 21 years to your name, let’s pack the place out. 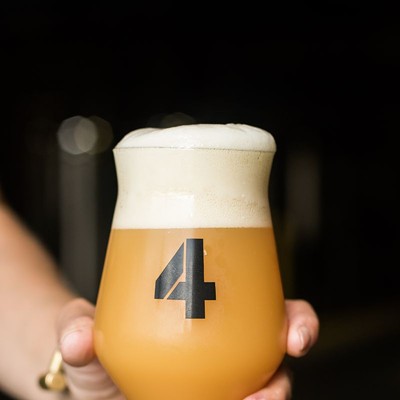