It takes a lot of nerve for a musician to up and quit a band that’s doing extremely well. It’s even more gutsy to split from a popular and critically acclaimed group to strike out on your own. Yet that’s exactly what bluegrassers Jamie Dailey and Darrin Vincent both did, when each left a comfortable position in different highly respected (and successful) projects to launch their own upstart combo.

Dailey spent nine years as lead and tenor vocalist with the legendary Doyle Lawson & Quicksilver, while Vincent paid his dues as a baritone harmony singer and multi-instrumentalist for Ricky Skaggs & Kentucky Thunder. Now they’re touring behind a sophomore CD (Brothers From Different Mothers) that some in the industry are hailing as one of the best bluegrass albums to come down the pike in decades. Steeped in the close harmony vocals and high-energy acoustic string wizardry that mark the genre, but drawing on the traditions of Southern gospel, country and even folk, the record entered the Billboard charts this week at No. 1.

The duo and their bandmates have appeared before at this beyond-intimate listening room, but I’d wager this is the first time a group has played this 100-seat smoke and alcohol-free venue while sitting at the absolute top of the charts. How many times does one get the chance to see artists of this caliber up close and personal at one of the high points of their career? That’s what I thought. If any seats remain, they’ll be going fast. Listen & Learn: daileyvincent.musiccitynetworks.com, randywoodguitars.com. Charge $25 adv. tix at 748-1930. Thurs., 8 pm, Randy Wood’s Concert Hall (1304 E. Hwy 80, Bloomingdale) - ALL-AGES.

Those enjoying the Earth Day festivities in Forsyth Park also have an opportunity to catch a live performance by this rising Athens, Ga. Americana act that formed in Central Kentucky before relocating to the Classic City. Their lineup includes banjo, guitar, bass and drums, and —as is increasingly the norm these days for similar groups— their welcoming sound incorporates elements of the seemingly disparate disciplines of both rock and roll and old-time country.

They’ve earned strong notices through opening slots for kindred spirits The Avett Brothers and The Packway Handle Band, and were snatched up by the plucky indie label Mule Train Records, who’s released the band’s first EP, and soon unveils their full-length debut (both produced by famed Athens studio whiz and session musician John Keane). Expect a rollicking and appropriately organic outdoor show that should dovetail nicely with the vibe of the gathering.

Known to locals as members of Savannah’s now-defunct rock-reggae-dub-punk-jam hybrid Argyle, the Riddle brothers (drummer Stephen and guitarist Jeremy) relocated a few years back to Venice, Ca., and wasted no time in re-jiggering their act into a raucous, caustic and politically incorrect mash-up of bawdy barroom comedy and snarky acoustic sing-a-longs lampooning their Southeastern heritage. The name on the marquee? Fat, Drunk & Ugly.

According to the boys, it’s taken off somewhat at a variety of So-Cal venues. For the second time in two years, they’re returning to visit friends and play a handful of gigs, starting —appropriately enough— on 4/20. Stephen (who also drummed in the classic lineup of Voodoo Soup) is also playing country and two-step on the guitar these days, and a few notable local bassists, such as Brendan Robertson (late of Cannonball), Eric Moore (of The Permanent Tourists) and Bill Hodgson (of Rhythm Riot) join them for select dates. Listen & Learn: myspace.com/argyletheband. Mon., 10 pm, Live Wire Music hall + Tues., 10 pm, Fiddler’s Crab House (River St.). 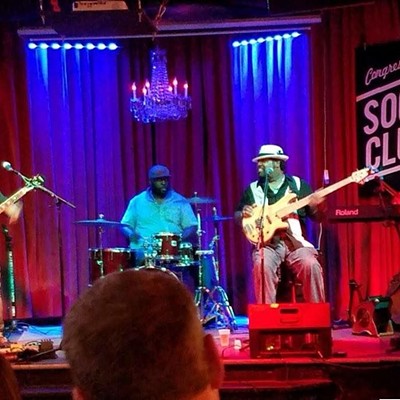 Ricky Skaggs: On the record 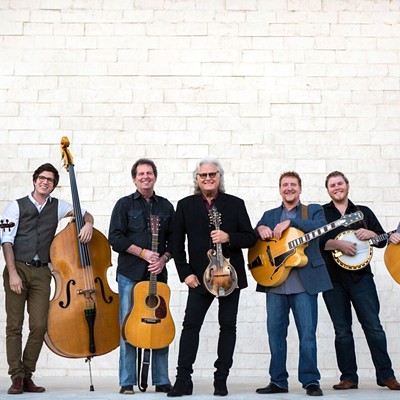