Dance from the past 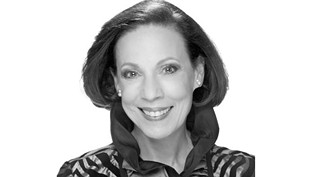 Savannah likes to talk about the parts of her history that still remain. But she’s a little reticent about the history she let slip through her fingers.

One such blast from the past is the Municipal Auditorium. Built on Orleans Square in 1916, the grand structure was demolished in 1971 to make room for the hideous Civic Center, which unfortunately we’re still saddled with.

(Lest we get too maudlin about this, to be fair it must be said that the construction of the Municipal Auditorium was controversial in its day in the way the building disrupted the square. In objecting to the bond issue that paid for the building, then–Mayor Richard Arnold wisely referred to Savannah’s squares as “the lungs of the city.”)

The architect of the Municipal Auditorium was none other than the great Henrik Wallin. You know his work from the Savannah Arts Academy building on Washington Avenue, the Armstrong House on the north end of Forsyth Park, and SCAD’s Wallin Hall on 37th Street, among many others.

Speaking of blasts from the past: A group which often performed in the Municipal Auditorium was Ruth Goodman’s dance school, which for 25 years was the premiere ballet school in Savannah.

Girls who literally grew up in the sorority of Goodman’s demanding but enriching classes talk about it now, as ladies of a certain age, as if it were yesterday.

The past is present as Ruth Goodman’s daughter Martha – who has made quite a name for herself in in the ballet world in her own right – returns to Savannah to teach a summer ballet intensive at The Ballet School in Piccadilly Square on White Bluff Road, which just happens to be run by a Goodman school alumna, Heidi Mueller Carter.

“My mom taught them the love of dance and the dedication it took. But she also had fun with it,” says Goodman. “She had a huge impact that way.”

Classical ballet is a very demanding art form, and it’s hard to keep the focus of even a dedicated student.

“When my mom first started she was very serious in class. She would notice young dancers looking at clock,” Goodman says. “So she figured out a way to teach them with discipline and at same time play a little bit.”

It’s a lesson the younger Goodman uses in her own classes to this day.

“I’ve actually incorporated a few games she made up for the end of class, after the students have worked so diligently for 55 minutes.”

Ruth Goodman died unexpectedly in 1972 at the age of 56. “It stunned everyone,” her daughter recalls.

Martha was away in college at the time and, while she had the opportunity to keep her mom’s school doing, she decided she wasn’t ready for that.

“I always knew in the back of my mind I would teach and choreograph when I was ready,” she says. “I didn’t want to teach because I had to. I wanted to teach when I really wanted to teach. You have to absolutely love it.”

Now, after years of dancing and teaching in New York and Paris, Goodman returns to Savannah to carry on her mom’s legacy at the intensive, beginning July 11 at The Ballet School (www.theballetschoolsav.com).

“I will coach and fine tune their technique — that’s what I love doing,” she says. “Like my mom, I’m still strict, but you have to show them there’s fun also. Be serious and work hard, but you gotta have fun with it.”