WHEN Van Halen’s 1984 was released, it inspired a generation to run to their local guitar shop, scraping their picks down the strings, and feverishly tap the frets to mimic the iconic playing style of Eddie Van Halen. A new generation is following Eddie's eruptive path.

84: A Tribute to Van Halen, formed in 2016 with Jason Dozer on lead vocals, David Northrip on bass, and Doc Rockson on drums. When Dozer placed an ad for a guitarist, a teenager came in and completely shredded Van Halen’s “Panama” for his audition.

15-year-old Stratton James was immediately hired as 84’s Eddie Van Halen. A former Savannahian, James had recently moved to town and had been jamming with other tribute bands; now, he recreates the legendary guitarist’s signature licks night after night. Van Halen fans can hear all the hits at Coach’s Corner on July 7 for James’s big homecoming show. 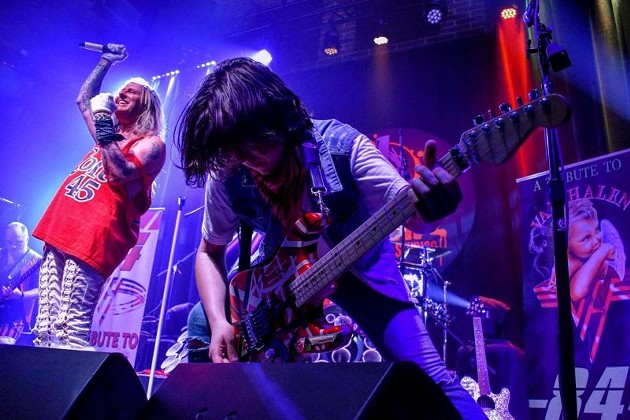 We chatted with the guitarist about technique, and why folks still love runnin’ with the devil after all these years.

Who was your first guitar hero?

As a very young child (like car seat age), I started my love for John Mayer. I think back then, it was his music as a whole that I loved, not necessarily the guitar. It wasn’t until later that I really learned to appreciate his guitar playing. The first true guitar hero that I had was Slash from Guns N’ Roses. Until I started playing a lot of Eddie Van Halen, I would have to say that Slash had the most influence on my playing and style. I still love his music—new and old.

Having learned the ins and outs of these songs, what is about Eddie’s craft that makes him such a distinguished player?

People put a lot of focus on the mechanics of Eddie’s playing. There’s always an argument about whether or not he “invented” tapping. People debate his finesse, etc. By far, though, what I think distinguishes Eddie from others is his song and riff writing. It just has this happy, upbeat energy, no matter what the subject of the lyrics are. It’s the only music catalog that I can play from start to finish and always be smiling. Think about it: Eddie was always smiling while he played, and it fit perfectly. People connect with “happy.”

Also, he writes with an understanding of ALL the instruments involved.  That’s why his music sounds so full.  Lots of bands struggle with that and end up over doing it.  Van Halen is perfect in that way.   At least to me. 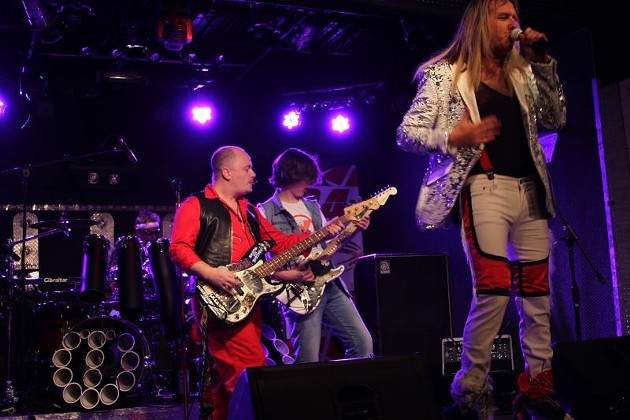 Tough question, but what do you think is the definitive Van Halen riff?

Oh man. That IS a tough question. You have so many options. I may answer this differently every time you ask so don’t hold me to it across the years.   I seem to connect to something new in the same old songs every time I play or listen.   Right now, I’d have to say that “Hot For Teacher” captures the attitude of their music perfectly.  It’s hard to describe, but I feel like it sums up Van Halen in a fast, raw, and fun way.

Has your age been a hurdle for you in the classic rock world?

Honestly, there are pros and cons. Absolutely the age presents its share of problems, but the cool thing is that most of them are fairly easily overcome and offer other opportunities if you are willing to work. I have to work harder to gain the respect of other players, venue owners, promoters, etc., but the result is a show that ends up blowing people away. It makes us all better performers, but I try not to pay too much attention to it.

All in all, I would say that no matter who is on stage trying to do what we do, they have their own share of challenges. What those challenges are matters less than how you respond. My mind, and the minds of my bandmates are made up.  We will overcome whatever obstacles are in the way and use it to make us better. 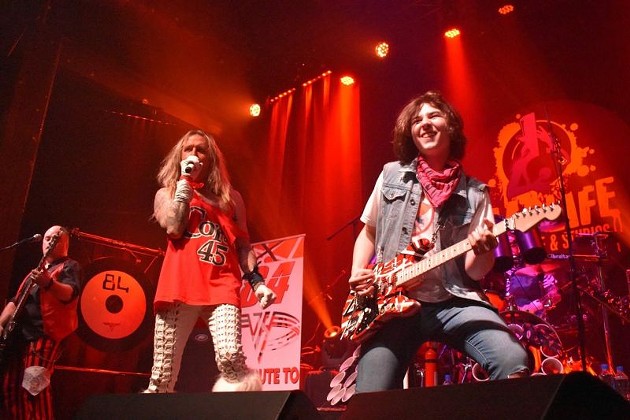 To what do you attribute Van Halen’s enduring appeal?

People want to smile. They want relief from all the negative noise in their daily lives. Whether it’s work deadlines, family problems, money problems, relationship problems, or even all of the never-ending political arguments (ugh!), there’s plenty in the world that can get you down. It’s almost impossible to listen to Van Halen without smiling. I’m jealous of the people who can listen to Van Halen and take a mental trip back to the late ‘70s and ‘80s and find their happy place, but I’m so glad to be able to be a part of helping them get there. Van Halen is fun for everyone on the stage and off.

What are your plans for the band’s future?

Grow. We all just love to play and have a passion for this music.  The more we can do that, the better. The more people we can play for, the better.  The more people we can meet, the better. One of the greatest things about this band is that despite being decades apart in age, we are all on the same page with the important things. We are booking more and more regional shows well outside of Atlanta, with shows as far away as IL already scheduled. We are super-blessed with the overwhelmingly positive reception of the band, and our plans are to continue what we are doing, just on a larger scale.  We will be delivering the Van Halen experience for years to come. Can’t wait to bring this show to Savannah! 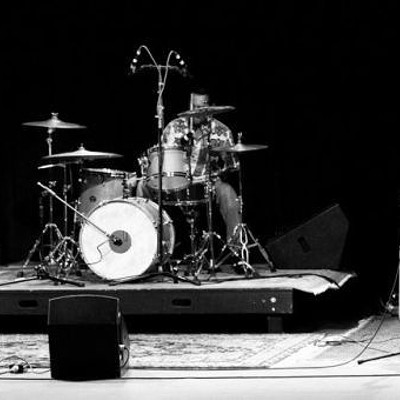