Dear folks, everything is possible

SYLVIA Kleiman Fields and Dr. Richard Leighton are what your grandparents might have called a "modern couple."

Both have been married before; her twice, him once. She’s Jewish, he’s Methodist. They’ve been together for seven years and have no plans for a wedding—though your grandparents couldn’t disapprove of them shacking up, since they maintain separate houses, five minutes away from each other at the Landings.

“We do everything together, but we know we have our own places to go if we want.” Solitary time is important, since both she and Leighton, 86, are writers. They have each published an autobiographical book in the last few months: Fields began Everything is Possible: A Nurse’ Memoir in 2003 to chronicle her unlikely journey as a child of immigrants through a storied career in research and education; Leighton reflects on history, politics and his life as a doctor and teacher through 50 years of correspondence in Dear Folks: A Memoir from 500 Letters. The life partners will share the stage at a joint book signing and reading on Saturday, Feb. 4 at E. Shaver Bookseller.

Before their stories converged, however, there were two tremendously different tales. Originally from Maryland, Leighton went to medical school in Baltimore and joined the Navy, serving as a flight surgeon based in Hawaii and Guam in the late 1950s. The veteran went on to do his residency in internal medicine and earn a fellowship in cardiology at the University of Ohio, rising to become Chief of Cardiology in 1974 and eventually Dean at the Medicine College of Ohio (now the University of Toledo College of Medicine.)

Throughout those years he wrote hundreds of letters to his parents and his brother, describing his experiences in the Navy and as a young medical student, when tuition was just $225 a semester. The stack of envelopes was rediscovered by his nephew, and Leighton reclaimed the memories with wonder.

“My mother had saved them all that time,” marvels the doctor. “I read through them and could barely recollect some of things that happened, but I wrote about them in great detail. Before emails and texts, we took the time.” 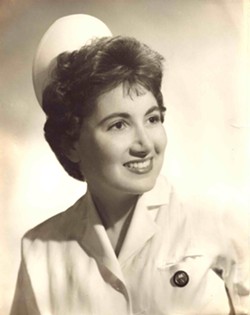 Also included in Dear Folks are letters he wrote to his wife of 55 years, Fran, who passed away from cancer in 2009. He and Fran arrived in Savannah in 1997, where he joined the faculty of Mercer University School of Medicine and chaired the Institutional Review Board (IRB) at Memorial Health University Medical Center. He originally published the letters with the intention of giving medical students a treatise of how the education has changed, though the book has much broader appeal in its real-time perspective and fascinating anecdotes, like how a fellow student ended up in medical school after first being rejected from dental school because he was African American. The future doctor fought against the decision and won his place in his school of choice with the help of a young attorney named Thurgood Marshall.

“My years in medical school were interesting times for the country,” recalls Dr. Leighton of the years leading up to the Civil Rights Era.

After becoming a widower, he continued to chair the IRB. A group seeking approval for a study called “Empathy in Nursing Students and their Clinical Mentors” at Armstrong presented its case in the fall of 2009, led by Fields, an associate professor in the Dept. of Nursing. The board passed the study unanimously, an auspicious beginning for their late-in-life romance.

Fields made the first move, inviting the shy and reserved Leighton as her date to a fundraising lecture at the Marshes, an assisted living and continuing care facility on Skidaway Island that she was instrumental in creating.

“It wasn’t necessarily love at first sight, but one of my colleagues who had worked with him at Candler’s cardiac rehab and told me he was the nicest doctor she’d ever known,” she remembers, patting his hand. “And he is. Plus, he has really nice handwriting.”

Fields has even more letters behind her name than her paramour, with two Masters’ degrees and an advanced nursing degree. She’s been on the faculty of several colleges, including Emory, and developed the universally-employed Jefferson Scale of Empathy, which measures elements of the elusive “bedside manner” in physicians and other practicing health care professionals.

Her path to becoming the nurse’s nurse reads like a heroine’s odyssey, beginning with a childhood in a Brooklyn tenement.

“I came from a very poor family; I shared a sofa bed with my brother. When guests came, I had to sleep in the hall,” she recounts in the first chapters of Everything is Possible. “But my parents raised me with the ideals that you have to be good to others, you have to take care of others.”

To her traditional family, that meant getting married and having kids.But when she signed up for a high school nursing course to avoid taking trigonometry, the teacher tapped her for a college program on Long Island.

“She said to me, ‘you’re smart, you’re paying attention, you’d make a good nurse,’” she says. “And when I learned that I’d get a room of my own after the first year, I was determined to do it.”

So she signed up at Aldephi University, lying to her mother about eating non-kosher food and working at a department store to earn money for the train. At 18, she had her first clinical experience in the psychiatric unit at Creedmoor State Hospital, where she witnessed horrendous conditions and treatments now considered brutal and obsolete. As time went on, she saw how unfairly women were treated both professionally and as patients, and experienced the sexism of the “Doctor-Nurse” game.

Her clinical experiences also showed her how vital empathy is in medical settings, and she made it her mission to bring more of it to patients. Everything is Possible follows the arc of her impressive resume, from academic publishing to her involvement in community-based medicine, including the free Savannah Health Mission clinic. She moved to Savannah “kicking and screaming” in 1995 with her second husband, “the golf nut,” and after the divorce, she lamented that she’d never find love again.

“And now, here we are, in the sunset of our lives,” she says with a grin as they lock eyes. “I call him my Renaissance man.”

But if you thought these two were going quietly into that good night, forget it. The couple has a book tour with their respective tomes with a stop at the Paris Book Festival this summer, and they spend their days taking cooking classes and visiting with their grandkids (she has six, he has three.)

Looking backwards, they both agree that life has led up to these new adventures, and that destiny had them readying to meet up all along.

“He’s a cardiologist, my first Masters is in cardiovascular nursing,” she says.

“We both have the heart in common.” 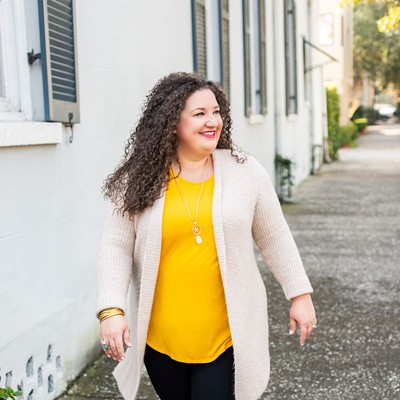