WHEN I moved to Savannah in 1993, the Gordon Street apartment I rented came with an amenity that worried me.

“Make sure to have this in your hand whenever you open the door,” the previous tenant said as she handed me a billy club.

Then she told me about Ricky Jivens. The notorious gang leader received a life sentence the year before, but his legacy of terror — and presumably some of his lieutenants — lingered on the streets of Savannah.

I never had to use the billy club, I’m glad to say, and much has changed in Savannah in the last two decades. However, earlier this week in a widely shared Facebook post, Jivens’ name was invoked.

The author, who described how she was affected by an encounter with a violent criminal in the early ‘90s, asked, “And look at Savannah now...any better, any worse?”

With 27 homicides so far this year, most people aren’t likely to note an improvement. The frustration and fear have fueled calls for more cops, more surveillance cameras, and — I kid you not — internment camps.

People are also balking at any public investments, no matter how beneficial, they perceive as not directly related to fighting crime.

Reasonable people recognize violent crime in Savannah as serious, complex, and multigenerational problem. They understand it’s not just about law enforcement and criminal justice, but also related to education, jobs, poverty, substance abuse and other issues. That’s what makes our crime problem so difficult to solve.

If a simple cure existed, we would have already administered it. Can you imagine the public outcry if we knew exactly how to significantly reduce crime and had the tools at our disposal, but were hesitant to use them?

That’s exactly the situation we are in now with another threat claiming the lives of residents and visitors in our city. Streets designed to maximize the speed of motor vehicles are deadly, especially when they are located in areas where many people get around by means other than automobiles.

If we were designing these streets from scratch, would we emulate their current configurations? Would we encourage high speed motor vehicle traffic, including the largest of trucks, on streets we know people of all ages and abilities would need to cross?

Then why do we accept them as they are now?

There are plenty of examples from around the country provide guidance on how to redesign streets to make them safer for people who ride bikes and walk. A Complete Streets approach, which could include elements such as protected bike lanes and pedestrian refuges in medians, also makes streets safer for another group: People who drive.

They not only reduce crashes for all users (I’ll say it one more time: This includes drivers), but also stimulate economic activity, increase property values, and improve public health.

When configured correctly, they decrease vehicle speeds but do not cause significant increases in congestion and are relatively inexpensive compared to other types of transportation infrastructure.

People who want safer streets must encourage our leaders to use the ordinance, because others will fight them tooth and nail to prevent them from doing so.

Early last month, when Mayor Eddie DeLoach expressed his legitimate concerns about truck traffic on Bay Street and suggested measures could be taken to make the street safer for pedestrians, critics howled.

In the days after a tragic June 11 crash on Bay Street, I detected a consensus in comments posted on news reports. Most people agreed Bay Street and similar streets are dangerous to people who walk and ride bikes.

Unfortunately, opinions diverged on what to do about the situation. One line of thought amounts to a de facto abandonment of these streets to all but motor vehicle traffic.

Of course this shifts blame to people who have no choice but to walk and ride bikes on these streets to reach their homes, their jobs or other important destination. And to visitors who may not expect high speed car and truck traffic through residential and pedestrian dense neighborhoods.

There is a better way to go. As I type this I am sitting in the conference room at the Metropolitan Planning Commission with dozens of local government officials. We are here for a day-long workshop conducted by Peter Koonce, one of the nation’s leading authorities on safe street design.

With excellent examples to follow and the expertise necessary for implementation, now we need the political will to make safer streets a reality. 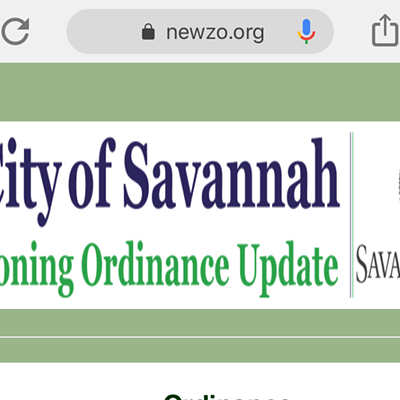