Dee Dee Kenniebrew on The Crystals, the '60s, and Phil Spector

With Kenniebrew in the center, today’s Crystals.

1961: New Yorker Dolores "Dee Dee" Kenniebrew packed her suitcase and got on her first tour bus.

Today, the warm and candid Atlanta resident is the last original active member in legendary girl group The Crystals. At the Doo-Wop and Rock Festival, her group, now a trio, join an incredible and historic lineup, featuring The Coasters (“Yakety Yak”), Shirley Alston Reeves (original lead of The Shirelles), The Drifters (“Under the Boardwalk”), and more.

These “package tours” are, in a lot of ways, repeats; The Crystals played their very first show with The Coasters. Kenniebrew says the tours are incredibly different now than they were in the ‘60s – smaller, a little easier. Early on, the girls would load up on a huge bus packed with stars like Dion, The Drifters and The Supremes for Dick Clark’s Caravan of Stars Tours. They were constantly on the road.

“It was a little difficult,” Kenniebrew says. “Myself and one of the other girls, we were still in school.”

They studied on the bus and attended classes whenever they were home. A chaperone accompanied them on tour, but according to Kenniebrew, a lot of responsibility fell on their young shoulders.

“At that time, I think kids were a little more mature, and in many ways, more responsible,” she observes. “It didn’t seem like kids today.” 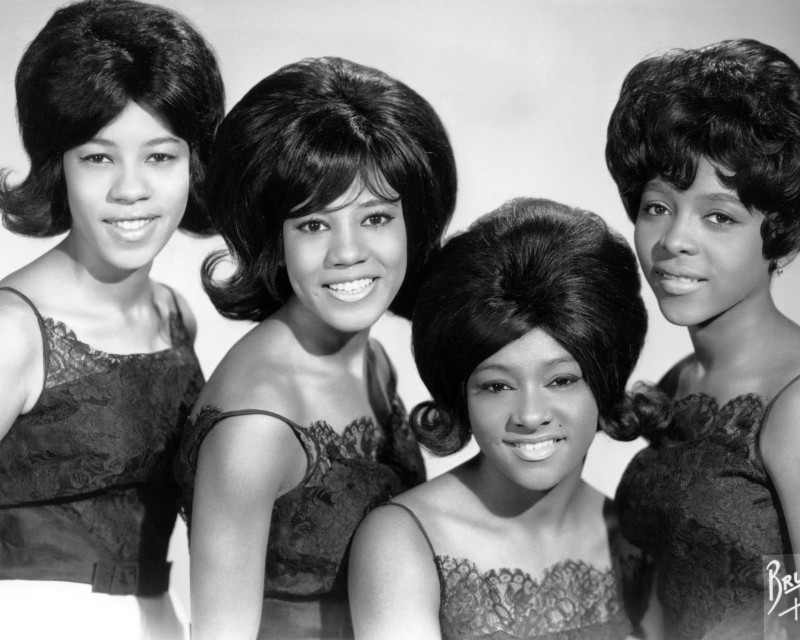 Girl group trailblazers The Crystals in 1963

The Crystals were initially brought together by member Barbara Alston’s uncle, Benny Wells. Wells orchestrated their rehearsals and found a songwriter to create original material for the group.

One evening, while rehearsing in New York’s illustrious Brill Building, a young Phil Spector popped into their practice.

At the time, Spector was a fledgling in the industry; he already had a hit with Ben E. King’s “Spanish Harlem,” but The Crystals would be the breakout that led to the creation of his own label, his signature “Wall of Sound” production style, and success that would land him in the Rock and Roll Hall of Fame for his contributions to pop music.

The Spector that the teenage Crystals knew was vastly different than the Spector who’d eventually imprison wife Ronnie in their California mansion, pull a gun on the Ramones, and end up in prison for murder.

“He was okay with us,” says Kenniebrew. “We were his first group—he didn’t have a label or a lot of money collected. He never threatened us or anything like that.”

“He was a small guy,” she remembers. “He wasn’t threatening. He was kooky, but he wasn’t wielding guns.”

The Crystals set the tone for the signature girl-group obsessive, longing kind of romance—a little edgier than their contemporaries, The Shirelles, or groups to come, like bad girls The Shangri-Las. Spector was reaching out to top writers, relying heavily on Carole King, Barry Mann, and Cynthia Weil. The girls never had a say in the song choices.

“That was his forte and he was very adamant,” Kenniebrew says. “Some songs, we wanted to do a little more soul stuff. He was more into symphonic type stuff.”

Spector had an eye and an ear for a hit, taking drastic measures to secure singles for his groups. After the immensely controversial release of 1962’s “He Hit Me (And It Felt Like a Kiss)” (a song later disowned by The Crystals), he sought a recovery hit.

Gene Pitney had penned the edgy, bad-boy championing “He’s a Rebel”—perfect for The Crystals. Frantic to record the song before Liberty Records got their hands on it, Spector brought in a group of “replacement Crystals”—Darlene Love and The Blossoms—who could get to his California studio more quickly than Kenniebrew and company.

In the end, both groups were taken advantage of—Love and The Blossoms had been told that “He’s a Rebel” was their hit, though it was released solely under The Crystals’ name. The Crystals, who were in the dark about the entire affair, didn’t find out that they had a hit—a song they’d never heard—until they heard it on the radio themselves.

It would be their only #1 single. Classics “Da Doo Ron Ron” and “Then He Kissed Me” would follow in later years.

“When he had acquired a good bit of money with his label, with us and The Ronettes...that’s when he became more difficult,” Kenniebrew explains of Spector.

Nowadays, Kenniebrew is her own boss, handling all aspects of The Crystals’ management.

“Back then, if I thought I’d still be here, I’d have paid better attention to the business end of it,” she laments. “I didn’t think of that. We were kids in school. We were still getting allowances!”

After half a century in the biz, she’s amassed an impressive Rolodex, making a point of keeping up with old agents and connections.

With time, she figured it all out on her own.

“There was a learning curve,” she says. “One I avoided kicking and screaming until you find out, you have to do this.”

Thanks to her perseverance, she still gets to tour the world (her favorite destination is Oahu, Hawaii – great beaches and shopping). From her home, she navigates the ins and outs of managing her band.

“I’m the worst when it comes to paperwork,” she laughs. “But no job is done until the paperwork is done!”

In the early days, Kenniebrew rarely sang lead, but now, she fronts the group. The current Crystals have been together for a decade; Kenniebrew says she’s had at least 20 different girls singing with her at some point in time, all of them joining with the blessing of the original members.

“I’m surprised we’re still here,” she marvels. “When we did it, we thought we’d do it for a little while, and then that’s it, you go on with your life.”

Kenniebrew says people often encourage her to pen an autobiography; she’s toyed with the idea, but is hesitant to follow the path of so many of her peers.

“Everyone’s got a book, you know,” she laughs gently.

“Maybe I could do excerpts of things people would find interesting that I don’t particularly thing are interesting,” she muses. “Maybe one day I’ll put down all the crazy things that happened.”

In the meantime, she’s ready to break out the hits and old favorites for Savannah; she even sprinkles in some of the soul she’s always loved.

“We do a pretty lively show,” she says. “I don’t get anybody who can’t move, because we like to move! We may be old, but we don’t act old!”

Above all, the Crystal is glad that her fans continue to support the sound.

“People come to the show and say, ‘I grew up on that music.’ 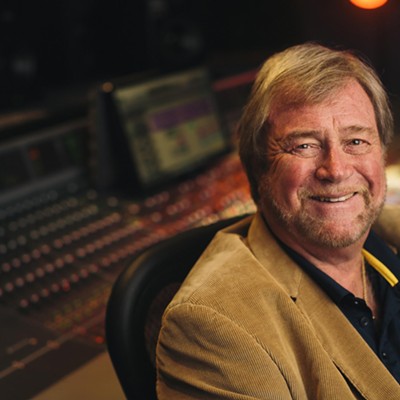