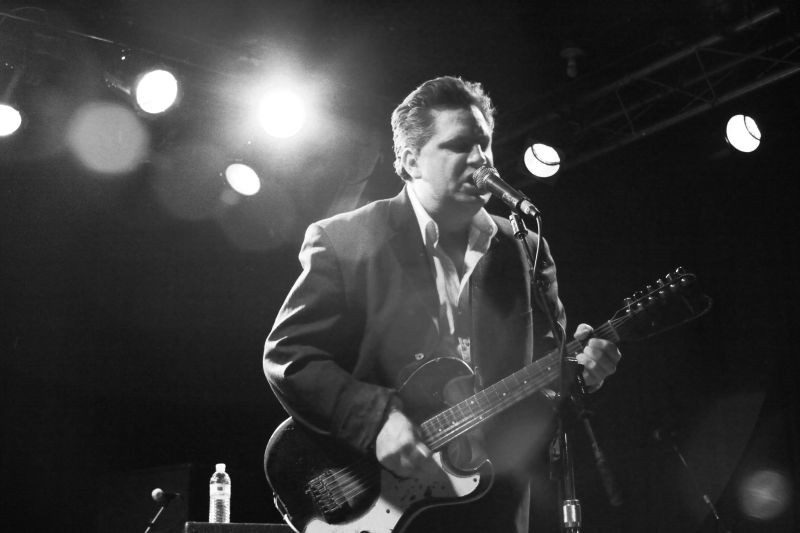 HE COMPLETELY altered the face of rock 'n’ roll throughout the 1980s and '90s with fiery guitar and visceral rockabilly riffs.

That, friends, is a good thing.

A turbocharged, full-body shake of a psychobilly band, the duo’s vintage garage-rock sound and adoration of early blues crafted an underground sound that influenced a generation.

Jack White spun Flat Duo Jets albums in his teenage bedroom, obsessing over Romweber’s tone—slinky, surfy, and seductive with an energy akin to soaking a box of bang snap fireworks in gasoline and striking a kitchen match. Raw, two-piece rock ‘n’ roll outfits that emerged in the early 2000s, from The White Stripes to The Black Keys to The Kills, are all largely indebted to Romweber’s revivalist legacy.

And while his proteges have snatched up shiny music trophies, broken album sale records, and shredded on Silvertone 1448s of their own (White, Beck, and Cat Power, among others, have hunted down the coveted Sears catalog guitar), Romweber has still remained largely underground—a true indie treasure.

After the dissolution of Flat Duo Jets, Romweber played as Dex Romweber Duo with his sister, Sara Romweber. He also teamed up with The New Romans, a collaboration of seven musicians and three backing vocalists.

On Sept. 2, Romweber will release Carrboro. It’s billed as a solo album, but he’s had plenty of help from his friends. Old pal Rick Miller of Southern Culture on the Skids joins in for the fun hillbilly tune “Knock Knock (Who’s That Knockin’ On My Coffin Lid Door?” and The New Romans help “Nightide” ooze classic spacey-surf cool. A mix of originals and covers, Romweber offers his own spin on T. Bone Burnett’s “I Don’t Know,” and even covers a Charlie Chaplin tune.

There’s a folk-inspired sweetness to the whole thing, a nod to a vibrant, influential career, and a timelessness that confirms what fans have always known: Romweber will be an indie icon for years to come.

Now, he’s taking the show on the road with old bandmate Crash. They hit Savannah next Monday, ready to play the songs of Flat Duo Jets, Dex Romweber Duo, and new cuts from Carrboro. 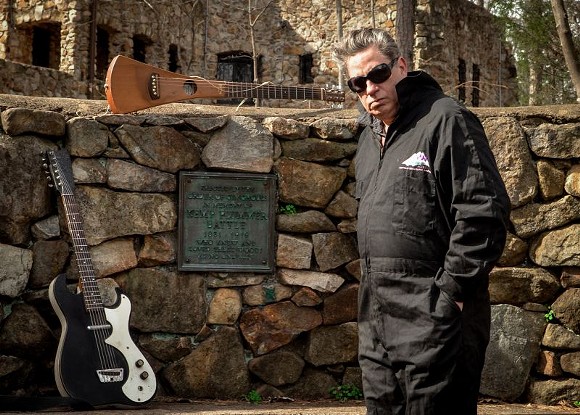 The new album is wonderful, and your collaboration with Rick Miller is so much fun. How long have y’all known each other? You’ve shared a scene and circuit for awhile now.

I’ve known Rick since I was a teenager around Chapel Hill. I watched his bands play and we played gigs together. He got the studio, Kudzu Ranch, and me and Sara made several records there.

What was the rock scene like there when you were coming up?

Man, it was trippy. There were some bands I liked, and a lot of bands I didn’t. But I have a very peculiar taste in music. Classical music, jazz music, and rockabilly, rock ‘n’ roll, all that. Not every band is doing that around here. You had pop bands, all that type of stuff.

Do you feel there’s a sense of home in your music? Is it full-circle to name the album Carrboro?

I don't know. I think I named the record Carrboro because it's just where I've been for so long and I know every nook and cranny of it. It's where I spent a lot of my life. I wanted to sort of dedicate a record to where I grew up. It's where I grew up, and also the idea of the songs and everything. It's sort of my own fate or destiny, pertaining to the area. And, you know, my influences and stuff.

Do you feel like your hometown music scene has changed a lot during your career?

You know, the other night I was at a coffee shop and there was a jazz band playing, a quartet. It was outside, and not many people were there. I was really delighted to hear that kind of music in an outdoor setting. It's not rock 'n' roll, or what anybody's doing that people would know about very much, but the musicians were very good at what they did.

They were far beyond learned from me. It was obvious that they knew how to really play. So those types of things I like around here, when I see something like that.

A general pop band or heavy metal group, you won’t see me at that performance. I like soft music, I like classical music, I like ‘50s music. And I love to see musicians who are really good at what they do.

What will you be playing on this tour?

I’ll do songs from the new record. Right now, I’m picking songs throughout all my history. I turned 50 last year and I entered the business at 14, so I have a lot of material to choose from! Also material I haven’t recorded, too. It’s kind of everything. It’s a whole history of my life.

What’s your live setup like when you’re playing your “solo” material?

It’s not a blaring rock ‘n’ roll show, per say. When I’m solo, I like folk music, old folk music, and blues music. Kind of typical stuff. It’s not like a punk show, trying to knock you out in the first song. I generally open the set with a ballad, something soft.

I’m not saying in-your-face is bad, I’m just saying I like real songs, and, again, it’s more like a folk singer in a café, but the music is radical. So it’s not all soft like folk music.

There is a real gentleness and tenderness to this new record.

At this age, frankly, I’m going kind of there. But, I don’t really know. This record, it’s just songs that I like. Some of them I wrote, and some of them I didn’t. But the songs, some of them have a lot of meaning for me in the past year or two. Like Charlie Chaplin’s ‘Smile.’

I’d gone through a romantic breakup and was feeling very sad about it, then I remembered that song. I would sing it when I was sad, and it said a lot to me: I know life can really suck, and it can be really difficult, but try to smile about it. 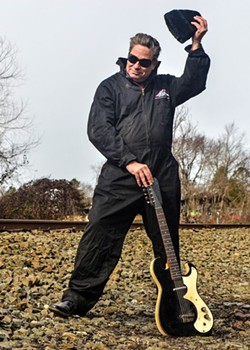 You really popularized the Silvertone 1448. What is it about that guitar and its tone that’s made it your go-to?

A friend gave me that. Everyone started playing them, but I was playing them when I was 13 or 14. It’s not really anything new for me. I think it became en vogue, and I don’t even know why, but I always say this: Howlin’ Wolf, the old blues singer, his guitarist said the best sound for that type of blues music is a Silvertone.

They’re department store guitars. Have you gone through a lot of them or are they pretty durable?

You used to play Savannah a good bit. Are you looking forward to coming back?

I remember one of the last times in Savannah, I had a bad night. It’s not that I wasn’t able to complete the show. It was a difficult night, and I wish it didn’t happen, but it did. And it had to do with, when I was playing with my sister, and we had gotten onstage—and it wasn’t her fault—the drums were very overbearing.

I was trying to be as good as I could be, and I kind of stopped the show for a second. And I wish it didn’t happen like that, but I hope—put it this way: I hope to play a show that everyone likes. And they did like it that night.

It’s not that it was a total loss or disaster. It’s just that I remember stopping, and someone yelled out in the audience that I was alright, but my sister was a lot greater than me. I remember being hurt by that. But you have a show to do. People say that, but I have to continue on with the show. There’s not a lot I could do about it. My sister is talented; it’s not a tut on her at all.

On this tour, I have a little more control over what I do, and it’s not just blaring for an hour and a half, and frankly, that’s what my nerves need now. But I do like rockers, and fast songs, so there’s that in it, too.

Just relating to that particular night in Savannah—and I think I’ve been back there since—but it’s been a little embarrassing, but you take the hard knocks as they are, continue, and work, and play, and that’s what I’m doing now.

Savannah’s an incredible town. I walk around a lot of the old town, it’s so interesting. I look forward to coming back.