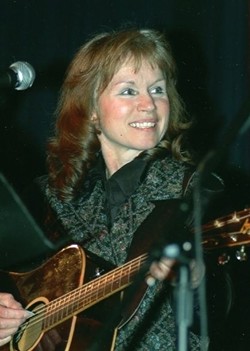 Berry grew up in a musical household, performing with her kin, The Holman Family, on their own afternoon radio show when she was just nine years old. A guitarist and vocalist, Berry moved to Nashville in the early ‘80s to star in a show at Opryland Park, a beloved American music-themed amusement park outside of the city. Her stint at the park led to an opportunity to perform at the Grand Ole Opry as “King of Country Music” Roy Acuff’s guest.

With the spotlight on her, Berry’s career boomed after her Opry appearance, leading to collaborations with the likes of Tanya Tucker, Dottie West, Jeannie Seely, and many more. An in-demand session musician, Berry has played rhythm guitar and sung background vocals on numerous records.

In her original tunes, Berry has a clear, classic country quality reminiscent of the golden days of Nashville song.