Did Bob Dylan beat some dude up for going through his trash?

Some years ago I read about a slightly loony "garbologist" who liked to go through people's trash, including that of one person in particular-Mr. Robert Zimmerman of Woodstock, New York, aka Bob Dylan. One day when said garbologist was busy in the trash cans in front of Dylan's Woodstock home, the songwriter supposedly spotted him, came tearing out of the house with the first blunt object that came to hand-a bicycle pump-and whacked the researcher upside the head with it. If this story is true, it increases my respect for Bob Dylan. But it also brings up a question: What's the ownership status of trash? When I put it out in front of my house for pickup, is it still my property and is someone rifling through it guilty of trespassing and theft? Or is it abandoned and, as such, fair game for any passing "researcher"? -Alex Skovan, Clinton Corners, New York

We'll get to the legalities in a moment, Alex. First, however, we need to review the fact situation, as the lawyers say.
The part about the garbologist, A.J. Weberman, going through Dylan's trash is true, although as far as I can tell the scene of his garbage-picking exploits wasn't Woodstock but Greenwich Village, where Dylan lived on and off in the 60s and 70s.

The two men have definitely had words, and allegedly had worse. In a 2001 Rolling Stone article Weberman says he had made peace with Dylan sometime around 1971 but still craved publicity and so soon returned to Dylan's trash. Was Dylan understanding? Weberman says no:

"Dylan's wife comes out and starts screaming about me going through the garbage. Dylan said if I ever fucked with his wife, he'd beat the shit out of me. A couple of days later, I'm on Elizabeth Street and someone jumps me, starts punching me. I turn around and it's like-Dylan. I'm thinking, ‘Can you believe this? I'm getting the crap beat out of me by Bob Dylan!'"

Now to the case law. Does Dylan have a right to complain about Weberman's intrusions? Straight Dope staff attorney Gfactor says it depends. If your trash is still on your property, nobody but the trash collector can come in and paw through it. However, most jurisdictions consider possessions abandoned once you set them out at the curb, in the alley, etc. Some specifics:

• The U.S. Supreme Court has ruled police don't need a warrant to search trash left at the curb (in legal terms, "outside the curtilage"-i.e., outside your private domain, sometimes but not always denoted by the property line). Police officer Gina Hoesly of Portland, Oregon, learned this firsthand when fellow officers searched her garbage, found drug residue and a pipe, and busted her. Hoesly's lawyers argued her rights were broader under the Oregon constitution, and the state's court of appeals agreed. Unfortunately for other Oregonians, the cops merely changed tactics and began enlisting the help of the garbage companies, and state courts have now held police can search trash once it's picked up.

• Given the rising value of recyclables, many jurisdictions are passing antiscavenging laws making your trash city property once you dump it at the curb, at which point no one but a city employee can legally remove it.

• In a related matter the city of Rancho Mirage, California, sought to stop local businesses from selling recyclables to a commercial firm and instead required them to turn it over to the city's chosen recycler. Basically the court ruled waste, by definition, is worthless. Since the businesses were selling it, it wasn't worthless; therefore, they were within their rights to do so. Justice triumphs again.

Can you retrieve something you threw out by accident? Generally, yes-legally you can't abandon something by mistake. Gfactor found a story about a vial of radium discarded by a hospital; it was recovered after authorities allowed 500 pigs to graze the dump, then ran each animal by a Geiger counter. This tale has zero juridical relevance, but it gives us an idea to help out Bob D.

Salting your garbage with radium is problematic, but how about feeding it to 500 pigs? Weberman might still go through the result, but my feeling is, whether he does or not, either way you win. cs

Liz Cooper & the Stampede take the industry by storm 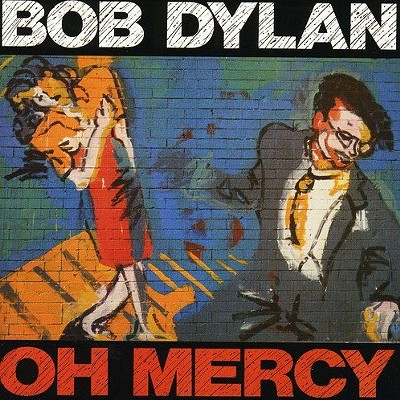 There but for Dylan