Is gratuitous decision-making ruining your life? Barry Schwartz thinks so 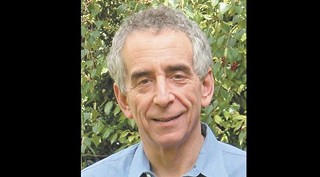 If having more choices is supposed to make us happy, then why is everybody so depressed? That's the question posed by Swarthmore professor Barry Schwartz, who will be in Savannah next week to give a talk titled "Decisions, Decisions, Decisions: The Paradox of Choice."

The talk kicks off SCAD's spring lecture series, called "The Art of the Mind," which will feature a series of thought provoking guests over the next couple months. The series is free and open to the public.

Schwartz will discuss material laid out in his book, The Paradox of Choice: Why More is Less, wherein he explains how the increasing number of choices offered to the average person - everything from breakfast cereal to career options - creates anxiety rather than satisfaction. Although freedom of choice is seen as an inherently positive American value (as well as an awesome Devo song), too much choice might be a bad thing, according to Schwartz's research.

You open your book with a story about the search for a pair of jeans and all the choices available for what was once a fairly simple purchase. Was that really how you came to this topic or was it just a good illustrative example?

Barry Schwartz: It's a little of both. That episode, which is completely true, is what crystallized what the whole rest of the book is about. It had been right below the level of consciousness. Everything seemed to get harder to do and there seemed to be no obvious benefit to it. I hadn't really put it all together, that the problem was in this assumption that when you give people more options you automatically make their lives better.

Do more choices always have negative consequences for the individual or is it circumstantial?

Barry Schwartz: It's circumstantial for a couple of reasons. First, there are people who, in some areas of life, love as much choice as possible. You might be a car buff, so the prospect of buying a new car excites you. Some people are like that about some things, but even the car buff doesn't want to have to do the same thing when it comes to buying a camera, or a cell phone, or a pair of pants. We have never been able to ascertain whether it may also be domain specific, in that people like more choice when it comes to restaurant options than for toothpaste. My sense is that there must be some kind of domain specificity, but no one, as far as I know, has studied it, and we certainly haven't.

Is there a golden mean? Is there a sweet spot between too many choices and not enough?

Barry Schwartz: I haven't found it, but there are a couple of studies that suggest there is, and it's somewhere between seven to ten options. The studies involve choices about relatively trivial things, and it's conceivable that when the stakes go up the sweet spot moves. The way I think about it, there has to be a sweet spot. With people who have no choice, life is hardly worth living and when they have too much choice they're tortured, so somewhere in-between is the sweet spot. That may also vary from domain to domain and person to person.

Is it telling that the first several examples you give are all consumer related? Is this an issue grown largely from American material culture?

Barry Schwartz: Those are the examples that it's easiest for people to relate to. In many ways, they're trivial to the students I teach who are trying to decide when they graduate, ‘where am I going to live?' and ‘what am I going to do?' They are completely tortured. They don't know how to decide. This is an existential problem. Who am I? Who do I want to be in the world? They have very little guidance and a sense that there is a right answer to this question, and they have to find it.

How do we go about correcting this, either as individuals or as society as a whole? Is there a solution? Or is it just something to be wary of?

Barry Schwartz: As individuals, we can take a variety of steps to reduce the options that we face and choose when to choose. Let other people choose for you. Call a friend about the cell phone and just buy the same one. Make arbitrary rules to limit how many options you look at before you pull the trigger. Most important is learn, and try to get comfortable with, the idea that good enough is good enough. You don't need to find the best, which is not an easy thing for people who are inclined to find the best.

Systemically, it's much more challenging. Since our role in the world is to be the world's consumer and we're not going to start legislating the number of kinds of toothpaste or cereal that are allowed to be produced. I don't see any obvious sign of people turning away from the allure of materialism. There are people who are extremely good at enticing people to think that the only thing separating them from a perfect life is the latest iPhone. People think it's almost un-American to nay-say consumerism...but, people aren't terribly insightful about what's in their best interest. If you ask people, by and large, if they want a lot of choice or a little, everyone will say ‘more is better,' so you give them what they want and then they suffer. It's not an easy fix.

It certainly runs contrary to the ideals that the average American was raised with. Everything after the 1950s is riding on ‘more is more.'

Barry Schwartz: It's even deeper than that because we tend to associate choice with freedom. More choice means more freedom and freedom is the highest good in this country. It's trivially manifest when it comes to buying cereal, but the underlying notion that if you want to make people free give them more choice makes even trivial things seem more important because they're liberating. They're not merely allowing you to get striped, minty fresh toothpaste, but also one more notch in the belt of freedom.