Dinosaurs in the beer garden

If you paid any kind of attention in third grade or ever watched The Flinstones, you can probably identify a dinosaur by its skeleton.

But those massive anatomical wonders don’t tell the whole story about the creatures that strolled the land before time. There is much to be learned from the footprints, nests and even feces left behind, and environmental scientist and Emory professor Dr. Anthony J. Martin examines these less obvious clues through a branch of science known as ichnology, the study of traces. He’ll be in Savannah Thursday, May 29 to discuss his most recent book, Dinosaurs without Bones.

A lifelong naturalist who grew up watching spiders in his backyard, Dr. Martin also wrote Life Traces on the Georgia Coast and has a knack for bringing life to extinct species. He’ll base his talk on Atlanta’s “science tavern” model, a monthly event where folks gather to hear a bit of research over a few beers. If you’ve got a budding paleontologists at your house, take note that kids are welcome on the Moon River Brewing Co. patio.

We spoke to Dr. Martin and learned the multi-disciplinarian also provided the illustrations for Dinosaurs without Bones, including the unforgettable depiction of a puking brachiosaurus.

Connect Savannah: What's the difference between paleontology and ichnology?

What's cool about ichnology is that it looks at other traces—examples might be dinosaur tracks or dinosaur nests, burrows made by shrimp-like or crab-like organisms millions of years ago. I also study modern traces to better help understand what sort of trace fossils I'm looking at in the geologic record.

CS: How does the information you get from traces differ from body fossils?

AM: The best kind of information you can get out of trace fossils that you can't necessarily get out of body fossils is about behavior. You can look at, say, a series of tracks, and tell how that animal walked or maybe even what it was doing while it was walking. Was it sitting down, looking around, eating something? All of those little nuances of behavior can come out in tracks or other trace fossils that you wouldn't ordinarily be able to figure out from their bones or shells or other types of bodily remains.

CS: You can even tell if a Brachiosaurus was projectile vomiting?

AM: [laughs] Well, that was a flight of fancy one day when I asked, 'What would happen if a Brachiosaurus puked its guts out?' Then it became an interesting physics problem where I thought, 'How far off the ground would its head be? How much vomit would come out? What kind of force would that generate when it hit the ground, and would it leave a mark?

That’s the most important question as an ichnologist—would it leave a mark? The answer is, yeah, it probably would leave a mark when you engineer the physics of it. But I also thought it would make for a really fun diagram.

CS: Have you actually found a mark that you might infer as a spot where a long-necked dinosaur upchucked its breakfast?

AM: No, no ... not yet, anyway. That's we scientists like to say: Not yet. [another chuckle] In actuality, if a Brachiosaurus or any other of these long-necked dinosaurs did vomit, they'd probably lower their heads. That would probably make more sense.

But what I wanted to do with that diagram and couple of other speculative ventures in the book is get paleontologists and the general public to start thinking imaginatively about dinosaurs, thinking about them as living, breathing animals that left their marks—literally—on the world.

AM: In the last chapter, I talk about how dinosaurs really changed our world, that the world we see today is partially a result of dinosaurs having been alive for 165 million years and having altered ecosystems and driving evolution in certain directions.

Some paleontologists have studied how dinosaurs affected plants through stomping or eating vegetation and through their feces. Think about that as massive amounts of fertilizer.

CS: I was wondering when we were going to get to talk about dinosaur poop.

AM: [laughs] Who would not want to talk about dinosaur poop?

CS: Well, it's just one of the ways you put all these millions of years of history into terms people can understand. You do it also on a more present level as well, with your previous book, Life Traces on the Georgia Coast. What have you discovered about trace fossils found close to home?

AM: One of the chapters in Dinosaurs without Bones connects directly with something I explored in detail in Life Traces on the Georgia Coast, which was alligator denning behavior. On the Georgia barrier islands, the alligators that live there, many of them den. They dig these burrows and they reuse them, reoccupy them, sometimes over generations. I've been doing a study on St. Catherine's Island with some other colleagues where we've been mapping the alligator dens, measuring them and figuring out the ecology of them.

It turns out, there were probably a few species of burrowing dinosaurs—we know of at least one—and I describe in detail in the book how studying Georgia barrier island alligator dens helped me better connect the behavior of small dinosaurs that might have burrowed and figuring out why.

CS: Sounds like a good example of what you call the "ichnological imagination."

AM: That's right! The ichnological imagination is when you start looking at what's around today—for instance, you can go out to Tybee Island and look at what the seagulls are doing or Sapelo Island and see what the horseshoe crabs are doing—and look at what those traces the animals are making and translate it to the fossil record. Would this get preserved? What sort of behavior would it indicate? What sort of animals would it show and how they related to each other and their environment?

CS: Makes us think about what traces our own species is leaving, huh?

AM: Yes. There's a whole body of literature about the time we're in now. It's being nicknamed the "Anthropocene" era, as in anthropology. The Pleistocene epic is what preceded the Holocene epic that we're in now, and the Georgia barrier islands are composed of sediments from both of those, plus our present sea level.

But now we’re seeing this sharp change in environment that coincides with our increased use of fossil fuels. It ties into global climate change as well as what we’ve done with our transportation systems with invasion ecology: We now have this global ecology where we’ve been spreading plants and animals all over the world far faster than they’ve migrated in the past.

All of this is adding up to a very rapid change that we think would show up in the geologic record. Probably the most important aspect of that change would be the current mass extinction of species happening.

CS: So what do you think scientists 10,000 years from now will discover about the Anthropocene era?

AM: I'm hoping our species will still be around. My bet though is that the next technological species after us will be descendants of raccoons. 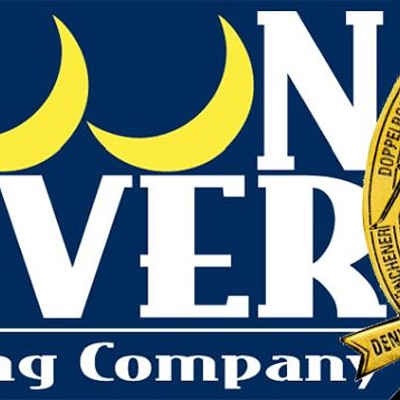