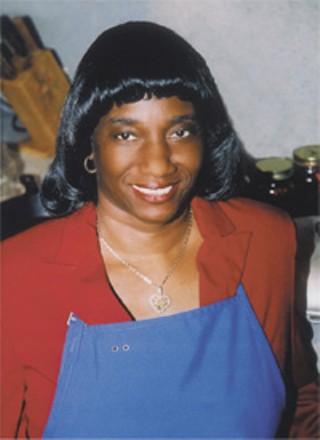 Sallie Ann Robinson
DEPENDING ON THE ANGLE from which you look at Sallie Ann Robinson’s life, you might see a celebrity chef, an author of two acclaimed Gullah cookbooks, a devoted caregiver, or a very knowledgeable guide to the fading native culture of Daufuskie Island.

In the case of Georgia Public Broadcasting (GPB) producer Michael Britt, when looking at Robinson he sees a living “national treasure” filled with the folklore, history and cultural expertise of her Daufuskie Island ancestors.

Britt was impressed enough by Robinson’s various achievements and culinary expertise that he invited her to appear on the pilot for GPB’s new program, Dixie Divas in the Kitchen. Hosted by author Barbara Dooley (wife of former UGA coach Vince Dooley) and columnist Rhonda Rich, Dixie Divas in the Kitchen will focus on famous and not-so-famous Southern cooks doing what they do best.

Britt traveled to Savannah in October to film Robinson cooking at home and signing books in Barnes and Noble. Robinson later stepped before the cameras again in front of a live audience in Atlanta. The debut show is scheduled to air on GPB December 20, 21, and 29, at 2 p.m., 6 p.m., and 8:30 p.m. respectively.

Robinson recently took time to talk about the show, her new Daufuskie tours, forthcoming books, and what to cook for the holidays.

You’ve been featured on a number of TV shows before, including QVB, The 700 Club, and shows on the Food Network, but this is your first appearance on GPB. What was your response when you learned they wanted to feature you?

Sallie Ann Robinson: You know the first thing I told them was, ‘let me catch my breath! (laughs)’ Because after a while you start to wonder, OK, is this real? Especially when you’ve gotten to the point where you’re waiting for something like this to happen, so I am very excited about the show and praying and hoping everything goes well.

Did you ever think while growing up on Daufuskie that you would become a professional chef and cookbook author?

Sallie Ann Robinson: Never, I always knew I loved to cook, but I never thought I would actually put it down on paper where everyone could read about it and enjoy it as much as I did.

What would you say are some of the qualities you inherited from your parents, Albertha Robinson Stafford and Thomas Stafford, that help you to do what you’re doing now?

Sallie Ann Robinson: Everything! (laughs) I don’t like sitting around twiddling my thumbs, patting my feet or wasting time because I just think time is so precious and as my Mom and them would always say, I like to ‘Get a move on.’ Pop always said, ‘Nothin get done when you lyin’ in bed,’ so I inherited their ways of wanting to get things done. Their belief in the importance of getting a head start on things.

So would you say they instilled within you a natural sense of self discipline?

Sallie Ann Robinson: Very much so. That was something they made sure that we understood: to discipline ourselves, and not to second guess ourselves either. It was also important to do what you set out to do, and do it right. Don’t take shortcuts. If it takes a little longer, so long as it was done right, it was important.

When did you start Daufuskie Gullah Tours, and what do they consist of?

Sallie Ann Robinson: The Daufuskie Gullah Tours started the first week of June 2008. It consists of folks getting on a boat in Hilton Head. I get on a boat in Savannah and meet them on the island. A bus is there and we load the bus, then take a tour of Daufuskie, visiting the places where I lived and where other native folks lived. Every now then we see a deer or two, which is fascinating to some of the folks, and we visit the churches, the school, the library, the museum, and go to the beach. I tell about what it was like living there, in a very different world and time for a lot of people.

People can contact me or they can contact Amy English. Amy and her husband are the founders of the Daufuskie Ferry. Their number is 843/247-3132. She can arrange the date and time you’d like to go. They can also learn more at www.sallieannrobinson.com .

Are there any particular dishes from your books you would suggest people try during this holiday season?

Sallie Ann Robinson: I don’t mind having a good ham or turkey on the table but for something different and good you could try the crab rice for one of the main dishes and ‘Tummy Yum Bread Pudding’ makes a great desert. Oh, and ‘Momma’s Shrimp and Tada Salad!’ You just gotta go with that. cs

Dixie Divas in the Kitchen

Add the shrimp to boiling, salted water and cook 2 to 3 minutes (cook too long and they’ll get chewy, then mushy). Boil the diced potatoes separately or in the shrimp water 10 to 15 minutes, until tender but still firm. Boil the eggs until hard (10 to 15 minutes). Allow all to cool while you diced the peppers and celery. Dice the eggs and combine all of the ingredients, adding the mayonnaise last, so you can control the texture of the salad. Chill and serve over a bed of lettuce or other fresh greens. cs 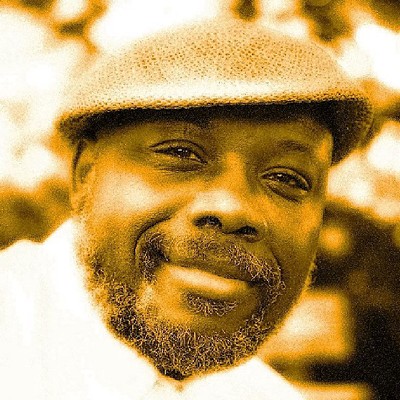 Aberjhani is an-awarding author of works in multiple genres and creator of the Postered Chromatic Poetics art and photography series.
More