Local garage rockers like to put on a show 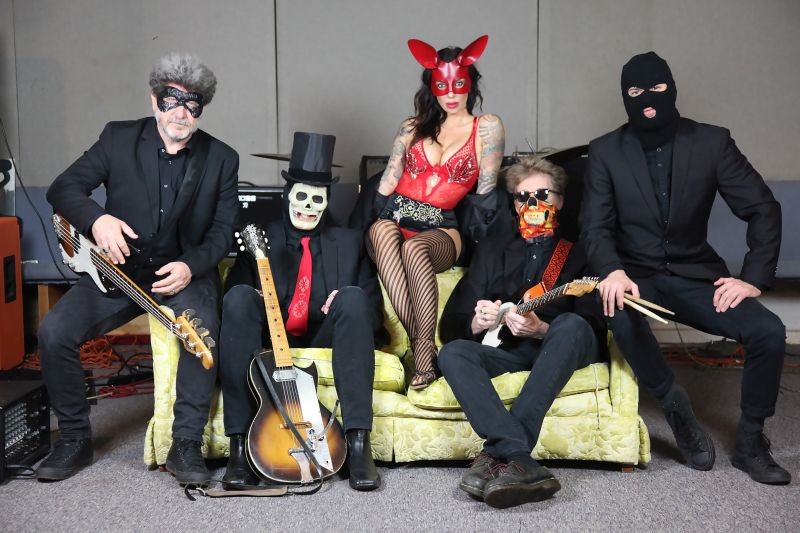 WHEN scouting for stories as a music writer, it’s rare to come across an artist with a gig to promote that doesn’t have their name, photo, and information available on the Internet for all to see. In fact, in most cases it might actually confuse the writer enough to pass on the story.

In the case of Donna Savage, however, that didn’t apply in the slightest. The local band hasn’t been together all that long, but their name has started popping up more and more frequently on calendars and listings. At first, you imagine that it’s a solo artist whose given name is Donna Savage. Then, you realize that it’s actually a band and they’re really good.

Then, you try to find more info on them—only to discover that it really doesn’t exist. You can’t even see their faces in a press photo, let alone find a list of their names and instrumentation. Oddly, this all becomes incredibly alluring. Which is why it was a pleasure to learn that the band’s guitarist didn’t want his name revealed in print following our interview to promote the band’s upcoming El-Rocko Lounge gig on Feb. 1. They’ll be playing alongside DIP at the gig.

“[What we do] is driving, 60s garage rock and roll. The Cramps, Gun Club, The Stooges, weird 60s compilations. We just found stuff that moves us. It’s a concept thing, but it’s mainly about having fun,” the guitarist tells Connect. “We do put on a show, and sometimes have Go-Go girls. We wear masks, too. There’s that whole performance element to keep it fun.”

All of the members came from other bands, some in the same musical wheelhouse, and bonded over their shared influences. When the band started, the idea to incorporate a real performance art aspect was a natural one. Aside from including dancers in the show on occasion, they’ll also do bits like one the guitarist refers to as “Doughnut On a Rope.”

“We get the crowd to come up and say, ‘If you can eat this doughnut off of a rope without using your hands, we’ll buy you a drink,” he says. “Nobody is ever able to do it, or I don’t remember to buy them a drink. But we’ve done a mummy thing, where we’ll give the audience a ton of toilet paper to wrap someone up like a mummy. So there’s a haunted theme, kind of a garage/grave thing.”

The band, according to their guitar player, met through the Postal Service in Florida. They found masks at a 99-cent store and decided to give them a shot on stage. From there, they quickly found their niche musically and in terms of their stage show.

“We’d come off stage, and the compliment was always, ‘I had no idea it was you.’ We take on these characters a little bit. It can be kind of raucous and fun and weird. I wouldn’t say it’s a performance art band or a concept band or a comedy band, but I would definitely say that if someone is doing something weird, we’re going to comment on the elephant in the room and then crank into a tune.”

The band’s first single, “Hip Shaker,” is a perfect example of the spirit they employ in a live setting. Recorded loosely, excitedly and passionately, it bursts with the strikingly fuzzy and frantic energy of The Sonics in all its lo-fi glory. It’s something they’re looking to continue in the future as they record more music and plot more shows.

“We have maybe three sets of music right now that we’re messing around with,” the guitarist says. “Part of it is still defining the sound and the show, but ultimately we’ll be putting a bunch of stuff down and then putting it out. That’s the next big step.”