Don't call it a comeback

After years of official neglect, live music returns to the St. Patrick's party with a vengeance

Those of us who've been complaining about the dearth of live music on River Street over St. Patrick's Day weekend can just shut up, because this year, it's baaaack.

If you're in town for the festive festivities, some of our city's best musicians are out and about all weekend, day and night, for your partying pleasure.

Outdoor music is indeed a big part of the St. Paddy's atmosphere, and the new and improved Savannah Riverfront organization has gone to great lengths to ensure nobody hits the pause button: There'll be three separate stages on River Street, and one between Congress and Bryan, on which bands will crank, both Friday and Saturday.

City Market's two stages, too, will be on permanent play for the weekend, as will just about all of the downtown music clubs (some of them, in fact, will have live music starting Saturday afternoon — early for them — and going into the evening, after the parade has wound down).

Here's the complete schedule of who's playing where, who they are and what they do.

Savannah sisters Kyrsten and Kourtney Roseman have crystalline singing voices, deftly applied to harmony-rich acoustic music that brings to mind early Indigo Girls. Along with a handful of awfully catchy originals, the Rosies play a grab-bag of cool covers, from the Avetts and Mumford & Sons to a tear-inducing medley of songs from Les Miserables. New to our city, the siblings have a weekly Tuesday night gig at the River House restaurant. 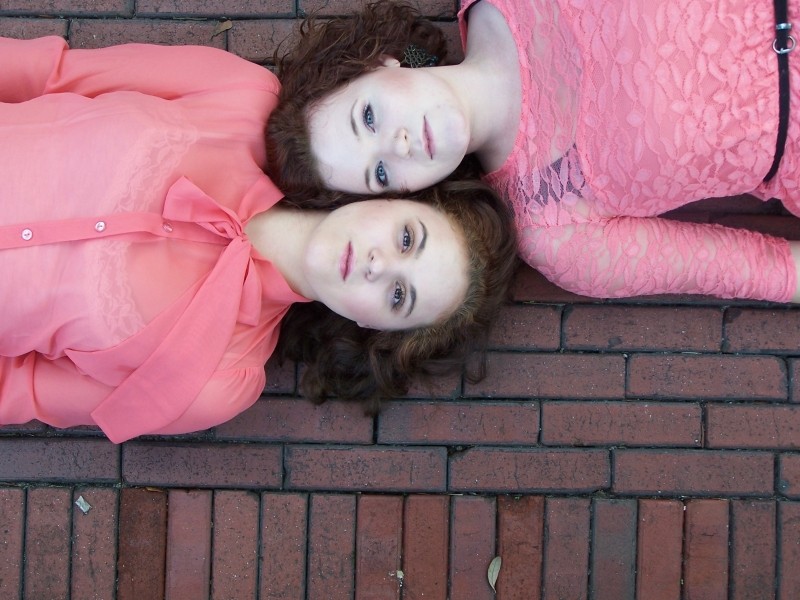 And the train just keeps on a-rollin.' Smack in the middle of recording their third album, in a secluded Effingham County farmhouse, the city's best-loved rural rude boys roar into town for another hard-driving set of electric Americana. Jason Bible on guitar, harmonica and vocals, Eric Dunn on bass, Paxton Willis on drums and Stuart Harmening tearing it up on electric and acoustic guitar and Dobro.

Culberson has been a fixture on the Savannah music scene for a quarter century, and for good reason: He is a stunning electric guitarist whose blues chops were defined and refined in every bar, jook joint and roadhouse that ever threw open its doors in Chatham County. Culberson's trio is a blues-rock dynamo, and his songwriting — which has taken on more of rock edge in recent years — is top-of-the-page solid. He's also a great singer. If you like 'em Southern and smokin,' check out the ECB and you won't be disappointed.

At 3 p.m. Saturday: The Hitman

Turtle Folk is a Savannah jam band that has existed for a long time but doesn't perform live all that often any more — it's deep and expanded electric psychedelia from a bunch of lifelong buds. With Michael McCormick on lead vocals and guitar, Jamie Shanks on guitar and vocals, Joe Pelliccione on lead guitar and vocals, Zack Vogtner on bass and vocals, with drummer Sean Pelliccione and percussionist Ross Sparks. 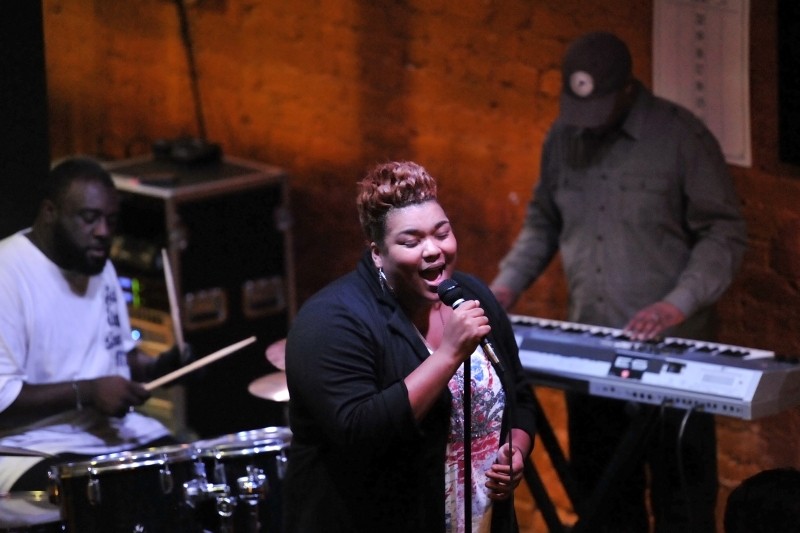 At 8 p.m. Saturday: A Nickel Bag of Funk

Consistently voted the city's best soul/rhythm 'n' blues band by the readers of Connect Savannah, Nickel Bag is fronted by powerhouse vocalist Leslie Adele, who is everything a bandleader and frontperson should be — you can't take your eyes (and ears) off of her. The band is finishing its debut album at Savannah's Elevated Basement Recording Studio.

A lot of bands toss around the word "gutbucket" when they explain the sort of blues they play — meaning it's down, and dirty, and there just ain't nothing sweet about it. Bottles & Cans can lay truly claim to the adjective. Between vocalist Ray Lundy's rattlesnake growl and Marty Ellis' blues-harp moan, these guys bring it to the table and wash it down with whiskey and gravel. It's the real deal: "I think over all these years we've only had three rehearsals," Lundy says, "so everything is just on the spot — on the fly — at the shows." 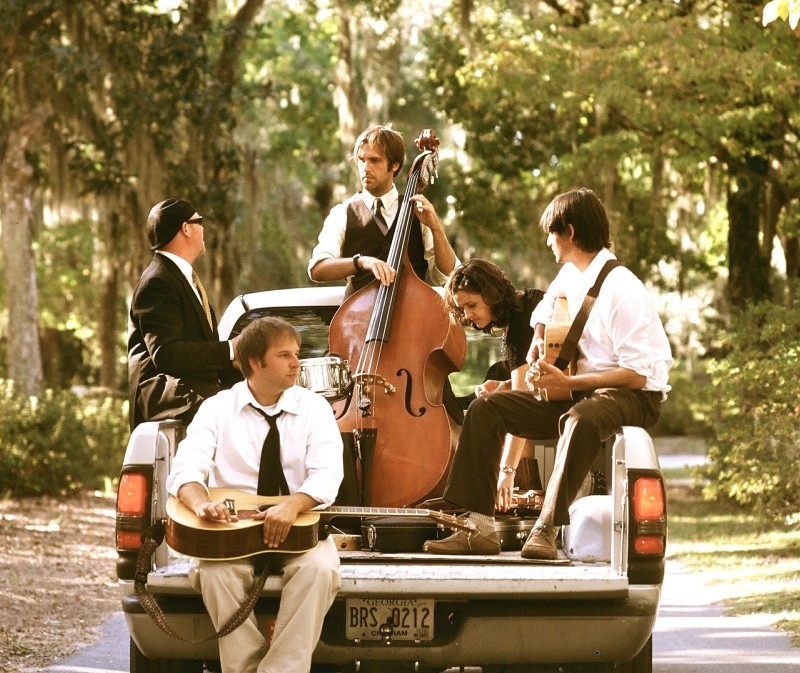 At 5 p.m. Saturday: The Accomplices

A cool blend of bluegrass, country/rock and singer/songwriterly odes to the muse, this is one of Savannah's most interesting bands — mostly because you never know what Matt, Zach, Colleen, Stan and Eric are going to pull out of their collective, dapper hat next. The band's Canned Beans CD is worth checking out; word is, there's a new one on the way. 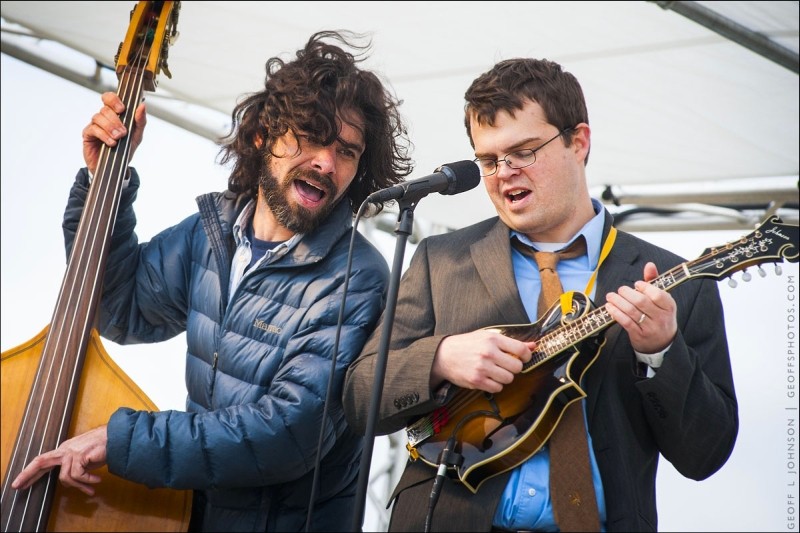 Kind of a cross between Hank III and Larry the Cable Guy, foul-mouthed and funny Bob Wayne and his country/punk gaggle of guys always seem to land at the Jinx around St. Patricks' Day. About as far removed from "St. Patrick's Day fun" as you can get. "I've always known I wanted to be on the road, no matter what," he says. "I'm not against getting in front of a bigger audience, but whether I'm on CMT or MTV or not, I'm going to keep doing this, that's for sure."

Recently split from Perpetual Groove, the jam band he co-founded more than a decade ago, Savannah native Brock Butler is a guitar wizard who makes — through delays and stomp boxes — his instrument sound like a rock 'n' roll orchestra. Butler will sit in with the Turtle Folk guys.

Rocks on the Roof (Bohemian Hotel)