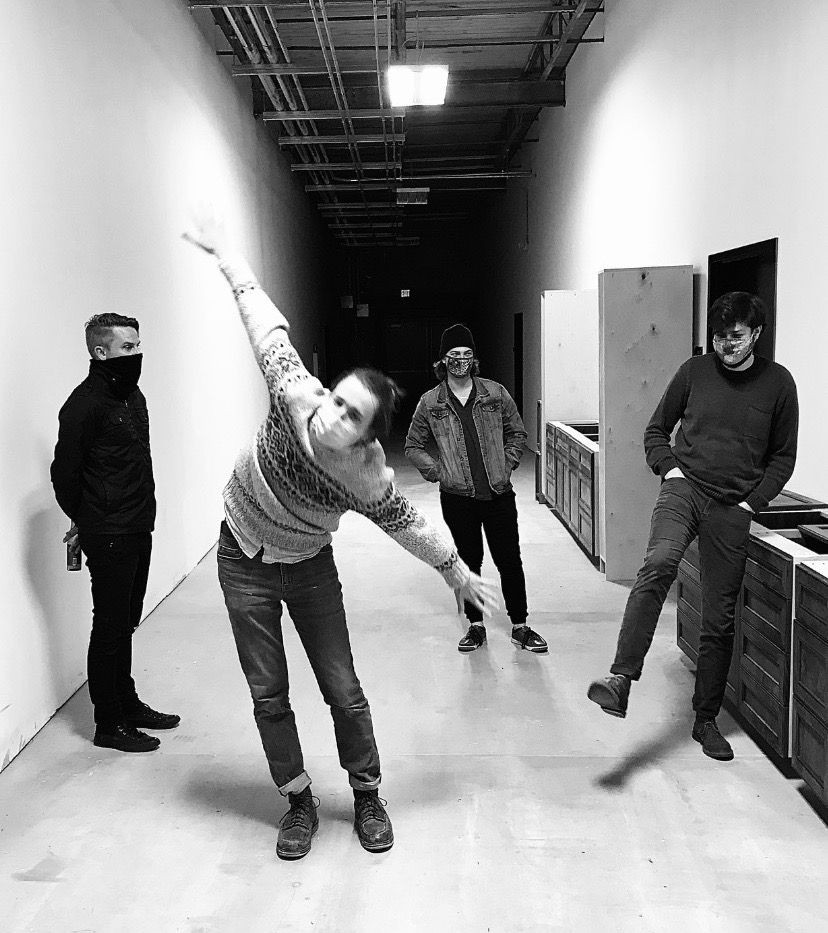 Photo Courtesy of DOTS
The four-piece ensemble DOTS has been playing together, in varying capacities, since 2015
It wasn’t just massive music festivals and big-scale tours that were impacted by the coronavirus pandemic. As cities began to take the necessary steps to contain the spread of the virus, smaller acts began to experience the changing landscape of live music amid postponements and cancellations. Artists coped with the pandemic in a variety of ways. In Savannah, we saw many bands use the downtime to write and record, while some prioritized solo projects. Others opted for a semi-permanent – we hope – hiatus to reflect and possibly adapt and transform. In the case of Atlanta-based, indie-pop band DOTS, formerly stylized as DOT.S, the pandemic put the brakes on a year that was meant to be spent touring. However, despite the drastic change in plans, DOTS never stopped spinning their wheels. “Practicing, recording and writing never stopped,” said DOTS bandleader Ryan James. “We’ve been practicing this entire time.” DOTS hasn’t played a live show in over a year. Their last performance was at Savannah Stopover in March 2020. So, to be returning to Savannah 13 months later for a show on, April 6 at Victory North is quite apropos for the group’s first, post-pandemic debut. “It’s the longest I’ve ever gone without playing live in my lifetime,” explained James. “It’s going to be a year’s worth of energy in one show.” It’s energy that Savannah is thirsting for and if history is any indication, DOTS will deliver. After all, they are frequently dubbed one of Atlanta’s best live acts and according to James, the show is going to be an expo of mostly new music that has yet to be “tested” in front of a live audience. “Normally, we test all of the new music out in front of strangers and that didn’t happen this time around,” James said on the impact of the pandemic. According to James, every live show with DOTS is a new experience because they really take in the reception of each song and finetune the music and the show based on its reception. Tuesday’s show will be an experiment of sorts, which is fitting considering the band’s brand of Depeche Mode-esque synth-pop, which is empirical in nature anyway. DOTS has spent the last year recording several-albums worth of new material that, based on released videos of new cuts recorded at Standard Electric Recorders Co. in Decatur, continues to be danceable, kinetic rhythms and melancholic melodies that are ambitious and imaginative. While the videos don’t come close to matching the energy of the group’s live acts, which are as intimate as they are full of fanfare, according to James, it was their best effort at getting as close to live as they could amidst the circumstances. “You can do live sound performance from a living room on an iMac, that’s fine, but it’s not what we wanted to do,” James explained of his vision for the series of videos that you can watch by clicking on the link in their Instagram bio @dotsmusics or on their Facebook page at @dotsmusic. Multiple new songs are showcased via the video series, but for James, of the batch, his favorite is “Being Born.” As a listener, there’s an obvious progression from the band’s usual dreamy tones. “Being Born” is strewn with indiscriminate sounds that while alone may be aimless, land just right under James’ vocals that carry the song. Lyrically, and through the sonics that resonate a gloomier than usual energy for the group, it’s a song that stands out as a possible new direction that takes on feelings of melancholy, pushing previous directions of effervescent bliss into uncomfortable, yet welcomed new places. Judge for yourself on April 6 at Victory North. Doors open at 7 p.m. and admission is $10. Capacity will be limited in light of social distancing efforts and masks will be required. As a bonus, Savannah favorite Donna Savage will be opening.