Drink a toast to Repeal Day

THE RISE of evangelical Protestantism, fueled by misinformation and illogical assumptions, resulted in the adoption of Prohibition in 1919, an ill-conceived Constitutional amendment that led to some dark days in American history.

Fortunately for us clearer heads eventually prevailed, though the damage done has taken almost a hundred years to repair.

What would eventually be called the Temperance Movement had its roots in the 1820s when religious revivalism spread across the country. The movement had some very positive effects, including the movement to end slavery, but also led to some states passing laws intended to curb the consumption of alcohol.

While many of the laws were eventually overturned, some did stick and the precedent for further legislation was set. Emboldened by these successes, several new temperance organizations formed, chief among them the Woman’s Christian Temperance Union (WCTU), an organization still in existence today.

The WCTU was formed in 1874 in Cleveland, Ohio, with the intention of creating what author Ian Tyrrell terms a “sober and pure world through abstinence, purity, and evangelical Christianity.”

The WCTU’s belief was that alcohol was at the core of all crime, mental illness, poverty, divorce and most other social problems and that only abstinence from alcohol could eliminate these problems.

The WCTU did delve into other means of eliminating social injustice and was integral in the suffrage movement. But bringing an end to alcohol use was the glue that held these issues, and the organization together.

As the swell of social conservatism grew, new political lobbying organizations also developed to pressure politicians to move to prohibit the sale of alcohol. The primary political mover in the pre-prohibition era was the Anti-Saloon League.

Also formed in Ohio, the ASL was an evangelical Protestant organization that believed saloon culture was “corrupt and ungodly.”

The ASL’s sole goal was to end the consumption of alcohol, making it one of the first single-topic lobbying group in the U.S.

The ASL believed that alcohol was a drug being pressed onto the public and that only through abstinence would Americans be freed so that the true state of humankind, temperance, could develop.

The ASL, working with the Woman’s Christian Temperance Union and aligned with the Ku Klux Klan and the newly formed Prohibition Party, orchestrated the election of prohibition friendly legislators. Buttressed by political wins and aided by the temporary wartime prohibition of alcohol production to increase the amount of grain available for food production, the ground was laid for federal prohibition legislation.

Additionally, there was World War I induced nativism, a belief that Americans were made great because of their Anglo-Saxon heritage. The resulting backlash against immigrant communities, particularly the German community, which strongly supported alcohol industry, resulted in the quick passage of the 18th Amendment to the U.S. Constitution.

The 18th Amendment was ratified on January 16, 1919 and stated that the “manufacture, sale, or transportation of intoxicating liquors within, the importation thereof into, or the exportation thereof from the United States and all territory subject to the jurisdiction thereof for beverage purposes is hereby prohibited.”

There were a few positive consequences of the 18th Amendment. The Passage of the 19th Amendment, which granted women the right to vote, was a direct result of the Woman’s Christian Temperance Union support of Prohibition and the Anti-Saloon League’s political ascendance.

Additionally, there was an overall shift in social mores as women were allowed into speakeasies when bars had been off limits to the prior to prohibition.

Secondary information, such as the drop in cirrhosis rates, translates into an initial, overall drop in the rate of alcoholism.

Despite these benefits, there were numerous unforeseen negative results of the 18th Amendment’s passage. Prohibition led to the rise of the Mafia and similar crime organizations specializing in bootlegging operations and speakeasies. The resulting rise in crime led to increasing prison and police costs and legal fees which had a greater effect on the working class and poor resulting in an economic downward spiral for those classes.

The significant loss of alcohol-related tax revenues — the industry was estimated to be a billion-dollar business then — was a major hit to federal revenue and a contributing factor to the Great Depression.

Ultimately a clearer understanding of the ramifications of Prohibition, complications and limitations associated with the enforcement of overreaching Prohibition laws, a weakening of public support due to the backlash against unsavory organizations like the KKK and a Depression era desire to jumpstart the economy with tax revenue and jobs through legalization opened the door for an easy presidential win for Democratic nominee Franklin Roosevelt, who ran on a platform of Prohibition repeal.

For the craft beer drinker, the greatest damage done by the 18th Amendment was the destruction of a robust local beer industry. It took until the 1990s for the local small, craft beer industry to even start to recover, and it’s only been the last few years that we can say it has recovered.

Rampant social conservatism took away America’s right to have a beer at the end of the day. But more level heads, better education and understanding of the realities of Prohibition led to the ratification of the 21st Amendment on December 5, 1933.

December 5 is now known as Repeal Day, the day when it becomes your Constitutional responsibility to celebrate with a drink. Enjoy Repeal Day with a drink because you can!

If you want to learn more about Prohibition and its repeal, visit the Prohibition Museum right here in Savannah. It is the only Prohibition-centric museum in the country.

Get Out of Town: Birmingham 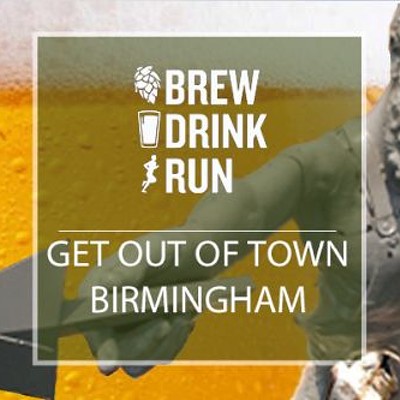