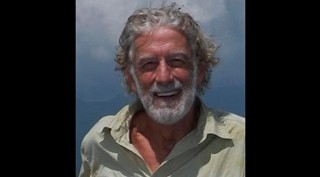 Tall and kind with a gentle voice, David Tree Malpass does evoke an arboreal presence. He was a champion of organic agriculture far before it became trendy, has been an environmental activist since the 70s and i also one of the founding members of renowned Earth Haven Eco Village near Asheville, NC. Tree will represent the Savannah Urban Garden Alliance at the Earth Day Festival's Organic Food workshop.

How did you come by the name “Tree”?

David Tree Malpass: Well, I’ve always had an affinity for trees, but the nickname came about in 1995 or so. One of my mentors was a Cherokee herbalist named Two Trees, and when he passed away, the family invited me to a ritual ceremony. When I arrived, his brother greeted me by saying, “Tree, we’re glad you’re here.” Something rang inside of me, and it felt good to be called that. It just stuck.

Organics are a big subject. What will you focus on for the workshop?

David Tree Malpass: I want to show the contrast between organic and not organic. I want people to understand the difference. We’ll define what it is from a legal standpoint, what the labels mean. That way, people will have the information they need when they buy something at the grocery store or the farmers market.

I hope people will come away more aware that this makes sense. The properties of organically–grown food are different from food grown with chemicals. The food itself is important, but the value of organic is also in the agriculture. I want to give people a sense of the value of what they’re getting. Organic is might be more expensive at the store, but conventional food has its price, too. I say you can pay now or pay later.

How long have organics been an important subject for you?

David Tree Malpass: I was born in 1946 on a tobacco farm in eastern North Carolina. Nothing on that farm had any chemicals on it. It wasn’t called organic back then; it was just what came out of the ground. When we moved into town when I was 11, I realized the difference the food I ate on the farm and what I got now.

When I was my 30s, I picked up a copy of Mother Earth News. Soon after I got an 11–acre gentleman’s farm outside Raleigh and started to grow organic vegetables. Then I moved to Hendersonville, a little town outside Asheville, and fell in with the Earth Haven crowd. People were just started to talk about organics, and we helped create a food co–op there that’s still running.

Are you pleased with the shift our society has made towards organic food?

David Tree Malpass: Oh, yes. You go back 25 years and no one had even heard the word organic. Now we can go to Kroger and buy organic fruit and there’s a whole section dedicated to organically–grown food. That’s a big deal.
The main thing now is to make organics competitive and affordable. When we produce enough organic food locally, the costs will come down. We’re trying to create a paradigm shift where there’s more organic food so everyone can afford it.

How do we make that happen?

David Tree Malpass: Well, the cheapest way to get organic food is to grow it yourself. That’s the whole mission of SUGA.

[SUGA founder] Kelly Lockamy and I go way back, working together in the field of permaculture and studying harmonious relationships with the ecology around us. I came on with her about a year and half ago to help with the non–profit element. I think we’re developing a solid foundation that will be around a long time.

Food prices are going up because fuel prices are up. People are trying out gardening to supplement their food sources, even if it’s just a single tomato plant. They’re going to find that it’s actually cheaper to garden organic than it is with chemicals. It’s just common sense.