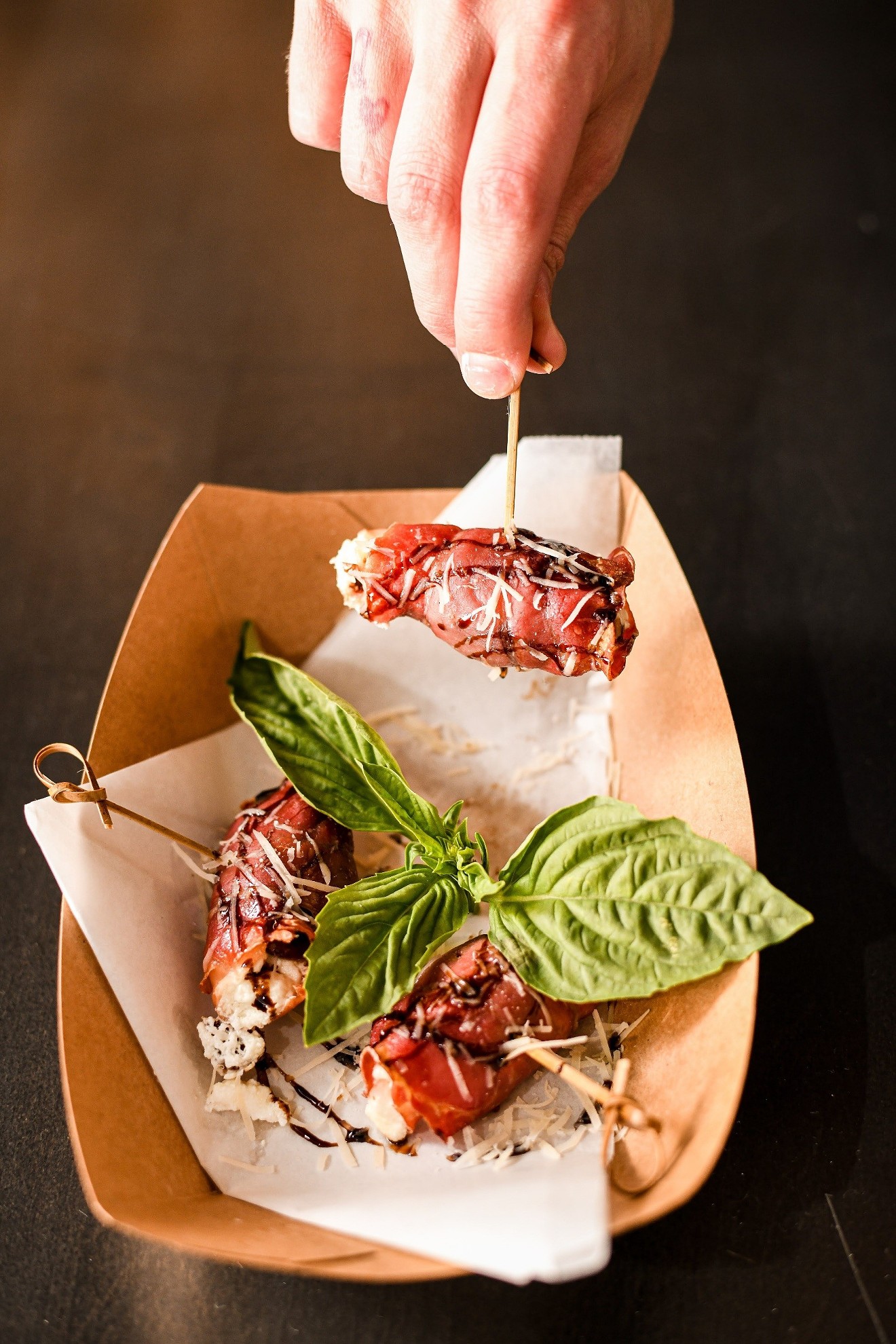 Photo courtesy of Jesse Blanco
Brian Fiasconaro takes charge of the food program at Hop Atomica.
So many people are out of office, out of town or otherwise out of pocket during July, but that doesn’t mean there aren’t a ton of nuggets to share on our food scene. Plenty. In fact, this is an abbreviated list, but trust me, the most important stuff is here. We just want to make sure you come back next week. • The Haunt is a highly anticipated plant-based restaurant coming to 606 Abercorn St. in downtown Savannah. Owner Clay Ehmke said he is planning to roll out a takeout program for a couple of weeks leading up to their opening around early August. Their hearing for liquor license will be Aug. 12. • Fans of GB Lobster Rolls on MLK should know that those sandwiches might be hard to come by after the beginning of September. Anthony is planning to move to a new location - can’t share where, yet - with a tweaked concept. More on that later. • Brian Fiasconaro is the new man in charge of the food program at Hop Atomica. He comes to Hop Atomica from Husk and has been tasked with ‘fancying’ the food a little bit. No, I’m not expecting wholesale changes, but then again… Pizza has always been good at Hop. I’m looking forward to what Brian shares with us. • Speaking of new eats, Oak 36 in the 12 Oaks Shopping Plaza in midtown Savannah also has a new chef. They just dropped a new menu. I haven’t tried anything on it yet, but will let you know when I do. • There are plans for a new tenant to go into the space previously occupied by 787 by Chazito’s Latin Cuisine on Bull St. We don’t know what the concept will be yet, but if my hunches are correct, it’s going to be very good. We shall see. • A few success stories: I have now spoken to 20-25 who have dined at the new Common Thread and not a single one has said anything other than “it is absolutely fantastic.” It absolutely is. If you haven’t made it over there yet, you are missing out. Great food, great staff; a home run all the way around. • Natasha Gaskill is Pastry Chef at Ardsley Station. Sometimes she makes doughnuts. Back on July 11, she held a doughnut pop-up at PERC Coffee on Broad St. She sold 500 donuts - all she had - in 40 minutes. Do you think they are good? The answer is yes. • Fork and Dagger is nearing dinner service. Menus have been printed; staffing is being addressed. But Brian Torres and Sky Hoyt are very excited about what they will have to offer in a month or so. Something to keep an eye on. They will also be participating in Savannah’s Restaurant Week next month. • Yes, if you missed it, Restaurant Week is back Aug. 20-29. Nine days of great value at great restaurants. Commits to this point include The Fat Radish, St. Neo Brasserie, Oak 36, Ardsley Station and more. Check out the full list at eatitandlikeit.com. • Finally, Anthony Bourdain fans would want to know that a new documentary has been released about him, his life and his legacy. It’s called “Roadrunner: A Film about Anthony Bourdain.” The Wall Street Journal said, “It leaves us with a vivid, thoroughly satisfying sense of the man Bourdain was as well as the one he seemed to be.” I’m looking forward to watching that. Got some tea to spill? Holla at cha’ boy. tips@eatitandlikeit.com.