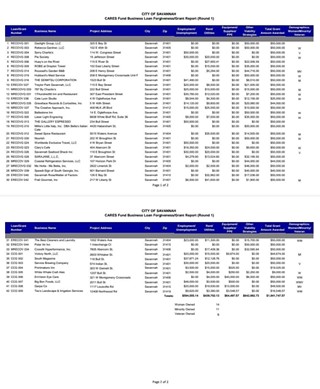 The list of businesses awarded federal coronavirus funds to pay off loans.

THE MOST IMPORTANT thing to understand about Savannah politics is that it’s always been about cliques, not ideology.

This is also true of the community at large, and this cliquishness applies to new arrivals and old-timers alike.

It’s as true now as it was back in the day.

The small size of Savannah, combined with its often outsized sense of itself, means that what’s most important to most people here is rarely issues or policy, but to see and be seen with the “right” group.

This applies to elected officials as well. Cliques drive local politics at all levels.

It may sound like a harsh or vapid criticism, but in over 20 years of covering Savannah politics, I’ve learned this to be true more often than not.

(I’m not the only one to come to this conclusion; a certain best-seller written by a certain John Berendt made quite a big splash making a similar observation.)

Sometimes it works in our favor, and becomes our elusive “charm” that so many other cities covet, but can’t achieve.

Sometimes, it doesn’t work in our favor.

Savannah isn’t big. We’re about the 139th largest metro area in the U.S. Augusta, Columbus and Macon, Ga., are all larger.

There are neighborhoods in Los Angeles with more people than live in the entire City of Savannah.

Under our system of government, the Savannah City Manager and staff are charged with much greater scopes of responsibility than any Council member.

The vast majority of votes by Savannah City Council are unanimous or near-unanimous, simply because most votes have to do with contracts, purchasing items, liquor licenses and such — things City staff have already done almost all the work on.

The number of meaningfully serious disagreements on City Council really revolves around just a handful of votes every year. Or should, anyway.

But, as is often the case in Savannah, personalities take precedence, and divisiveness for the sake of divisiveness rapidly becomes the order of the day.

Going back many years, Savannah Mayors and City Council members have often displayed an almost absurdly inflated sense of grandiose self-importance, as if they were Norman barons with a claim to a throne instead of part-time politicos in a small city on the Georgia coast.

Whether it’s Tom Bordeaux and Mary Osborne literally butting heads, or Tony Thomas’s outrageous antics, none of this is new here. We see it again today, just with a different cast of characters.

And it’s definitely not about ideology this time around, as virtually all members of the current City Council share an almost identical worldview, loosely defined as “progressive.”

On national and social issues I’d say their opinions overlap 90 percent or more. Yet, they have what often looks like an unbridgeable divide.

If they wanted to, this “progressive” City Council could lock hands and push through a truly paradigm-shifting number of local reforms. But that seems unlikely now, even though their true policy differences are marginal at most.

The cliques were in place before this Council’s first vote was taken. Before Johnson and the Council were even inaugurated, I heard talk that some people wanted to “make Van Johnson a one-term mayor.”

Politics isn’t for the weak of stomach, so people can say whatever they want. But that gives you an idea of how important cliquishness can become here.

I would say that most people give Van Johnson high marks for his first eight months in office, but he was bound to slip up at some point.

And in the unfolding debacle of how the City handled the disbursement of millions of dollars in coronavirus relief funds, he handed his opponents a boatload of ammunition.

Forty-two businesses received funds through the CARES Act, administered via the Small Business Assistance Corporation. But only two were African-American owned.

Johnson has admitted the faulty and inequitable nature of the disbursements. Luckily, another nearly $2 million will be available, and he has pledged that the disbursement criteria will be changed to make sure more minority-owned businesses qualify for and receive the money.

But the oversights that already happened — which some allege were more intentional than accidental — were a rare misstep for this Mayor known for savvy, PR-adept moves.

The fiasco has led not only to accusations and angry debate, but now ethics complaints filed against Van Johnson’s most outspoken opponent, Alderwoman-At-Large Kesha Gibson-Carter.

The complaints are for alleged violations of protocol made by her during executive sessions (which are not open to the public). They allege that her actions and profane language have directly impacted the ability of Council and its appointed search firm to pick candidates for a permanent City Manager.

Because this is Savannah, and at some point most everything in Savannah ends up revolving around race, this has inevitably become a racial issue: The first ethics complaints filed against Gibson-Carter, an African American woman, initially came from the two white males on Council, Nick Palumbo and Kurtis Purtee.

The optics, as they say, are bad.

(Update: After the print edition went to press, two more City Council members filed similarly-phrased ethics complaints against Gibson-Carter: Linda Wilder Bryan and Detric Leggett. Both are African American. As of this writing, at least two of the complaints were dismissed due to techicalities.)

This is just the culmination of extreme discord among Council members that’s existed literally since they were elected. The feelings are so personal now that I expect the discord to continue unabated, though I do hope to be proven wrong.

And so City Council finds itself once again mired in ugly wars of personality. Except this time, it’s during a genuine period of crisis, with the city still trying to recover from a pandemic and massive recession, and the heart of hurricane season now upon us.

There is a school of thought, supported by many people I respect, that says City Council members not only need to be paid more money, but that our whole system needs to be changed to give them more power, rather than the City Manager.

But if this is what they do with not much power or money, I’m not so sure they should be rewarded with more of either. 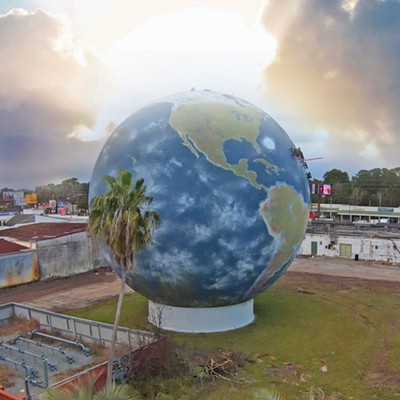