BACK DURING the gubernatorial campaign, I predicted, tongue mostly in cheek, that Brian Kemp would end up making Nathan Deal look like Abraham Lincoln by comparison.

Though a conservative Republican, former Georgia Gov. Deal’s pragmatic streak enabled him to navigate the tricky waters of social conservatism in an increasingly diverse state.

(Perhaps the better analogy is to Dwight D. Eisenhower, whose most bitter political battles were with his own vice president, Richard Nixon, and the right wing of his own party.)

While Gov. Deal kept Georgia out of the national news for the most part, in his short time in office Gov. Kemp has wasted no time in bringing the Peach State front and center in the culture wars.

People initially scoffed at actress Alyssa Milano’s urge for a film/TV industry boycott of Georgia. But since then, major players and studios have stepped up to say they either are not going to film in Georgia, or are considering not doing so. 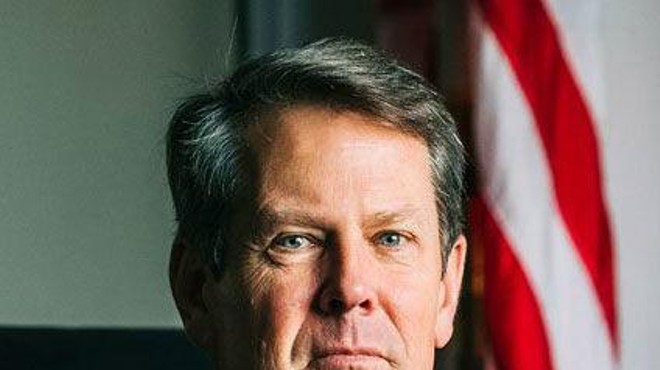 Georgia lags behind most national indicators, but one of the real success stories over the past decade has been our incredibly robust and diverse film/TV industry. Driven largely, but far from only, by Disney/Marvel productions, Georgia has an impressive film/TV infrastructure and workforce in place.

The catch is that the industry is centered in two of the most blue areas of the state, Atlanta and Savannah, which don’t share the conservative values which led to Kemp’s narrow election win and the subsequent passage of the Heartbeat Bill.

A national boycott of the Georgia film/TV industry will of course impact people in those areas the most.

I know plenty of folks in the local industry, and not one that I know of supports the Heartbeat Bill. But they will be the ones paying the price if the boycott builds.

Some people argue that larger issues are at stake, and the sacrifice is worth it. I can respect that point of view, though I’d hate to be in the position of someone in the local industry who is actively calling for its demise on the grounds of moral conviction. I’m not sure I could muster the same selfless attitude.

Adding to the complexity is that some calls for boycott come from a place of great privilege, as when industry figures in already deep-blue areas go on Twitter and call for economic boycotts of other states.

(One thing rarely mentioned: Don’t other states have a clear economic motive in urging the industry to leave Georgia, and perhaps come to their state instead?)

Regardless, actions do have consequences, and the boycott train appears to be gaining a head of steam.

And Gov. Kemp is feeling the heat.

Last week he made a transparent attempt at damage control by visiting the massive Pinewood Studios outside of Atlanta to tout the success of the film industry and his supposed dedication to keeping it strong.

By many measures the number-one film location in the world, Pinewood is the symbol of Georgia’s film/TV success. Kemp’s visit there was a clear attempt to calm the waters roiled by the Heartbeat Bill.

My feeling is that it won’t be enough.

Closer to home, the issue is rending the usually close-knit fabric of Savannah culture.

A controversial local fundraiser for Kemp during his run for governor is getting new scrutiny in the wake of the bill’s passage. There is now an effort to boycott the high-profile retail and food/beverage institutions owned by some of the attendees, as well as anger directed towards local tourism officials who contributed.

So now we have layers of boycotts.

Fundraising is as old as politics, but the organizers of that one on Sept. 6, 2018, at 24e furniture store downtown may not have envisioned how it might come back to bite them less than a year later.

In their defense, most were probably under the mistaken assumption that Kemp would be a Deal clone, i.e. talk conservative but govern mostly from the middle, and be more about business than principle.

Savannah is generally the kind of place where maintaining social order and taking part in the society scene are more important than politics — which is both good and bad, depending on what you’re trying to accomplish.

But the stark nature of the abortion divide has trickled down to the street-level in Savannah. And with so much of our own local economy dependent on the film/TV industry, it will be interesting to see how high the temperature can rise before it boils over.


IN OTHER big local news, Tybee Island Mayor Jason Buelterman says he won’t run for reelection, and instead will make a run for Chatham County Commission Chairman — technically the most powerful office in all local government.

Coincidentally, Buelterman, a longtime Republican, was at the Kemp fundraiser last September and is taking some heat in some quarters for that. The various controversies over Orange Crush might also affect his appeal in a countywide race, where the population is much more diverse than on Tybee.

While I have strongly differed with Tybee’s approach to dealing with Orange Crush — which by definition includes Buelterman’s role in it — it also seems obvious to any reasonable person that his skills as an administrator and civic leader are quite formidable.

For every critic of Buelterman’s handling of Orange Crush, there is a supporter deeply appreciative of the calm, capable, and empathetic leadership he has shown when hurricanes have impacted Tybee — often in marked contrast to some of the current leadership in place in Chatham County.