WITH SO many people visiting Savannah — and moving here — inspired by our history and charm, one aspect of our tale still seems to escape notice: The incredibly compelling human and natural history of the entire Georgia coast.

From Tybee Island down to Cumberland Island, the Georgia coast not only comprises a third of the East Coast’s entire salt marsh, but represents millennia of human presence.

“The history of the Georgia coast has been much neglected,” says Paul Pressly, Director Emeritus of the Ossabaw Island Education Alliance. “It’s been taken for granted by many — but in most cases, it’s simply not known.”

From native tribes like the Guale... to the extensive Spanish presence, including the earliest European settlement in what’s now the United States... to Gen. James Oglethorpe... to the plantation era and slavery... to Emancipation and Reconstruction and beyond... the Georgia coast packs a lot of human history into a short hundred miles of coast. 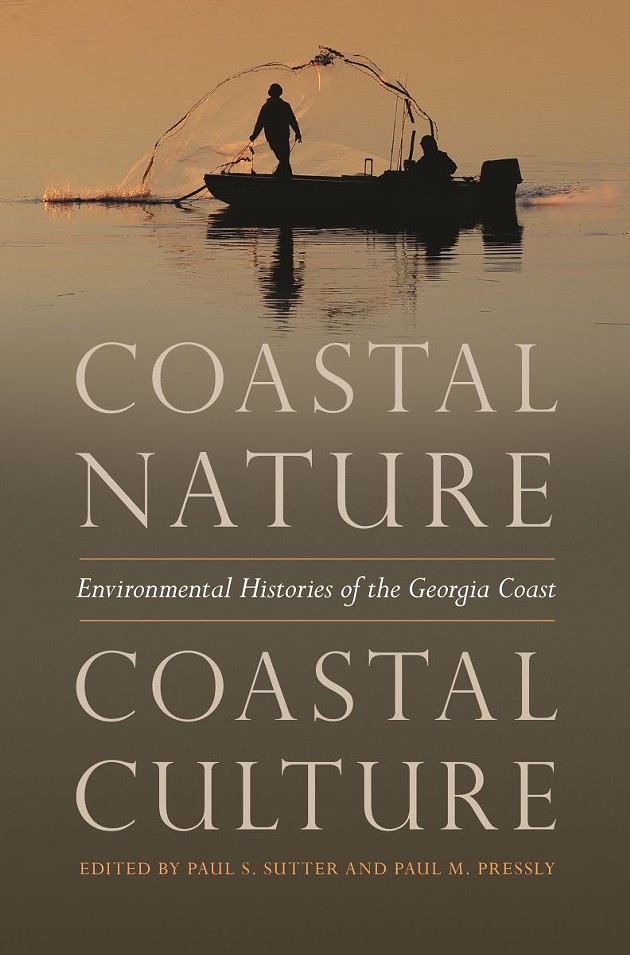 That history will be celebrated this Thursday in a remarkable event which serves three purposes: The Ossabaw Island Foundation’s annual meeting; the launch of a wonderful new anthology, Coastal Nature, Coastal Culture: Environmental Histories of the Georgia Coast; and the 106th birthday celebration of Sandy West, the matriarch directly responsible for ensuring Ossabaw’s protection from development.

Keynote speakers are acclaimed Georgia author Janisse Ray (Ecology of a Cracker Childhood), who contributes a chapter in the book, and environmental history professor Paul Sutter, who wrote the introduction and co-edited the book along with Pressly.

“Americans are generally focused on looking to the west, for expansion and for inspiration,” he says. “But here on the Georgia coast, we look east — to the Atlantic, to the Caribbean, to Africa, to Europe.”

Pressly says while the Oglethorpe era is certainly vital to Savannah history — and the part most relayed to tourists — it’s just one comparatively brief chapter.

“The Trustees era wasn’t a small thing, but the truth is it didn’t last very long, and it was basically an economic failure,” laughs Pressly.

For those unaware of the backstory —old-timers and new arrivals alike seem largely unfamiliar with it — Ossabaw Island is one of several Georgia barrier islands preserved by wealthy industrialists, mostly Northerners, who bought the islands in the late 1800s and early 20th Century as recreational retreats.

Perhaps counterintuitively, this stewardship by the super-rich actually protected Georgia’s islands from much of the resort-style development that overtook South Carolina barrier islands to the north, such as Hilton Head.

“When those wealthy Northerners bought these islands they were not in pristine shape, as is often said,” relates Sutter.

“In many ways their presence helped revert the islands to natural conditions after having been extensively worked, with some islands having large African American communities.”

Sutter says a big part of the agenda of Coastal Nature, Coastal Culture is “not only to recognize and celebrate the importance of human history on the coast, but to make sure we don’t erase these really important and diverse histories on these islands.”

But Sandy West’s tale is just the most recent history. Originally, Ossabaw and her sister islands hosted native tribes who feasted on bounties of shellfish, leaving behind hundreds of shell middens.

“It took Dr. Thomas seven years of work on St. Catherine’s before he discovered the Santa Catalina mission settlement,” says Pressly. “The key is he was willing to invest that seven years.”

Thomas and his team discovered the remains of a Catholic church on St. Catherine’s, with accompanying burial ground.

Officially part of the local diocese, outdoor services are still held there once a year, within the outlines of the original foundation — making it the oldest Christian church still in use in North America.

For Pressly and the folks at the Ossabaw Island Foundation, this week’s book launch is the continuation of a long-term educational outreach that began with the Foundation’s first symposium in 2016, also titled Coastal Nature, Coastal Culture.

“Prior to that symposium, we had discovered that South Carolina had sort of eaten Georgia’s cake in terms of featuring the Gullah people and their history and culture,” says Pressly. “The Georgia coast was known for sand, and beaches, and the Golden Isles. But the story that wasn’t being told was the story of the people, the human culture.”

Pressly says that what makes our human culture so powerful is the sheer breadth and diversity of the groups which have inhabited the Georgia coast.

This Thursday’s event, he says, “will explore how nature changed and shaped the vision of each of those groups, and how each group left its mark.”

It will also be an opportunity to have some birthday cake in honor of one of Georgia’s greatest residents: the one and only Sandy West!