CONFLICTS OF INTEREST are to a certain extent unavoidable in a city the small size of Savannah, where everyone knows everyone else and most people wear several different hats.

The key is transparency.

An episode that played out at last week’s City Council meeting highlighted the issues involved with navigating this particular civic minefield.

By charter, the City of Savannah has a variety of Boards and Commissions which are staffed on a volunteer basis, with nominations approved by the Mayor and Council.

Some of these bodies have more power than others, but they are all a vital part of grassroots democracy.

I heartily recommend that you consider playing a role on them if you think you have something to offer. It’s a great way to take part in local civic life without the hassles and acrimony of running for public office.

A while back, I served two terms on the Cultural Affairs Commission, whose main task is making recommendations to the City Manager on which local arts organizations should receive City funding, and in what amounts.

My nomination to that commission was approved by then-Mayor Otis Johnson without objection, despite my role in the media as an occasional critic of his administration.

I tried to return Johnson’s trust by staying as objective as possible in helping to be a good steward of tax dollars as well as an advocate for arts and culture.

I’ll always be grateful to former Mayor Johnson for his nod, as well as for his demonstrated and generous commitment to supporting the arts in Savannah — which as we’ve seen lately, is by no means a given in City government.

My tenure on the Cultural Affairs Commission was deeply rewarding and informative, and helped me to be a better citizen as well as a better journalist.

Yet, though I wasn’t involved in anything controversial and kept a strict firewall between my dual roles as newspaper editor and Cultural Affairs commissioner, I opted to resign because I wanted to avoid any hint of ethical issues in either role.

As I said, this kind of conundrum is baked in the cake. At some point most truly involved citizens will face similar ethical dilemmas, if they are at all engaged in the community.

A potential conflict of interest is in and of itself not a crime. The problem comes with a lack of transparency and accountability.

At last week’s meeting, three Board and Commission appointments were put on the Council’s consent agenda, i.e., for quick fast-track approval along with other items.

One appointment was relatively controversy-free: Nominating Lisa B. Watson to serve on the Historic Sites and Monuments Commission.

Watson is a perfect fit for that body, and her appointment is a no-brainer and a big win for the community.

The other two nominations were more problematic, and involved a very important board: The Downtown Savannah Authority.

The DSA approves bond issues for extremely expensive public works projects, such as the $50 million parking garages going up at Eastern Wharf and at Plant Riverside, and the recent $45 million bond issue for stopgap funding to keep the Arena project alive. 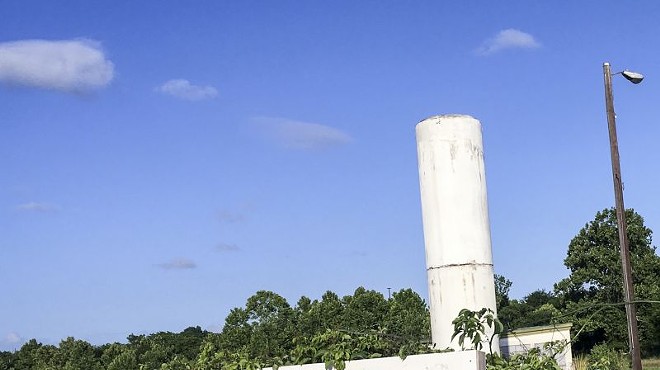 Mr. Bell is married to sitting Alderwoman Carol Bell. And while Brian Foster is declining to run for reelection to City Council, in my opinion it does raise a bit of a red flag that he would be appointed for such a powerful spot while still holding a seat on Council.

Perhaps most significantly, Foster, a big proponent of bond issues, would replace Chuck Feagain, who during his tenure on DSA has been essentially the only member to routinely scrutinize the reasons for bond issues.

Both Carol Bell and Brian Foster recused themselves from the vote, as did Alderman Bill Durrence for being related to Watson.

The unusual triple recusal prompted laughter and caused Alderman Van Johnson to say, “Maybe this is something that shouldn’t be on the consent agenda, because we had three conflicts of interest just on that.”

Alderman Tony Thomas jumped on the recusals, using them as further proof of his repeated allegations of cronyism by Mayor Eddie DeLoach – Carol Bell and Brian Foster being close political allies of the mayor.

“Maybe you and your clique discussed this, but [the rest of Council] did not discuss this,” Thomas said angrily. “This is another one of your scams, Eddie.”

Thomas continued his comments under his breath, caught on a hot mic: “It’s a damn scam is what it is.... They were trying to scam that one... they got busted.”

The vote was tabled until the next Council meeting.

Ordinarily, I would say that trying to address these types of ethical dilemmas are just part of the price one pays for taking part in a democracy.

In the case of a vital board with vast financial responsibility, however, the public interest is served best by erring on the side of caution.

While one can certainly differ with Tony Thomas’s choice of words and even his motives, it seems that in this case he was essentially right in questioning the close ties of the DSA nominees with current City Council members — recusals or no recusals.

Realistically, you will never be able to completely eliminate conflicts of interest in local government. Our city, especially, is just to small for this to be practical.

But when you’re talking about such vast sums of money and public indebtedness, the public good is served by using the highest possible standards to avoid such conflicts.

Maintaining a democracy is a constant, unending struggle. Frequent debates over ethical questions are a feature of democracy, not a bug.

The day that conflicts of interest are truly no longer an issue is the day that tyranny arrives.

The best we can do is strive for transparency, and hold those in power accountable.