Editor's Note: Greening out the truth

JUDGING from the huge crowds plastering downtown–mostly plastered themselves—this year's four-day St. Patrick's celebration will be one for the history books.

Auto traffic downtown got so intense that about 10 p.m. Saturday night, Savannah/Chatham Metro Police issued a terse social media update, in clipped tones usually reserved for a national disaster or a terror alert.

“#DowntownSavannah is saturated with revelers. Streets gridlocked. Parking full. Do not try to drive downtown.”

Some observers say the crowds weren’t as thick as in some years, but I think that’s because the crowds were more evenly spread out over the entire Historic District—testament to the growing number and variety of food/drink/entertainment establishments all around downtown.

Momentous as St. Patrick’s was this year, the week leading up to the celebration saw a lot of other key happenings, too. They shouldn’t be swept under the rug.

Beginning on Sunday, March 8, a series of random street attacks—sometimes referred to as “the knockout game”—took place, at least two and possibly three of them.

They involved young men approaching random victims, punching the crap out of them, and leaping into a getaway vehicle.

In another incident March 9, an attempted carjacking on Liberty Street was thwarted when the intended victim produced a firearm of his own, causing the attacker to flee.

For a city so preoccupied with crime, the “knockout” attacks and the successful citizen defense got surprisingly little mainstream attention, though social media was abuzz.

It doesn’t take a genius to see why the establishment didn’t want to talk about the incidents. Not only was the big Green Day approaching, on March 12 Mayor Edna Jackson officially announced she was running for reelection.

And it simply wouldn’t do for there to be a spike in random street crime crashing either party, St. Patrick’s or the Mayor’s.

Mayor Jackson’s announcement was hardly a shock, but it did put to rest an oddly persistent rumor to the effect that she wasn’t going to run again.

We recently saw another mayoral announcement of sorts, but sort of in reverse: Potential challenger O.C. Welch has apparently missed the deadline to establish residency in the City of Savannah, which would allow him to run.

According to reporting by Lou Phelps, editor/publisher of the Savannah Business Journal, March 3 would have been the last day Welch could have secured a City address in time for the eligibility period.

Without such an address, one can only assume that under normal, reasonable circumstances—never a guarantee in Savannah!—Welch is prohibited from running for City office, no matter how much flirtation he indulges on his Facebook page.

(Not to mention the legal machinations which would have to ensue for him to retain the contract running the Bacon Park Golf Course for the City of Savannah.)

Murray Silver Jr. has exactly the opposite problem, however: He announced his candidacy for mayor literally several months ago, but much of the local media still refuses to acknowledge it.

The daily paper’s story on the Jackson announcement—still uncorrected online—ended with the statement, “No other candidates have announced for the mayor’s race.”

True, Silver didn’t hold a press conference in a City park, as the Mayor did, surrounded by other incumbent politicians.

But he did announce it on a Facebook page specifically and openly set up for his mayoral run, on which he posts daily updates on his campaign.

In 2015 that really should be official enough, especially since the actual date for filing to run for office isn’t until September.

In other words, any number of people can either drop out or be added to the roster of candidates, as is expected to happen.

Until autumn comes and the election season begins for keeps, this is the Silly Season:

A time for declared and semi-declared candidates to snipe at each other like schoolchildren, in an effort to jockey for position and to bully vote-splitting “spoiler” candidates into bowing out. (Funny how it’s always the other guy/gal who’s the spoiler, never yourself.)

Unfortunately for those who care about the future of Savannah, the more of this juvenile taunting that goes on, the more statesmanlike and serious your incumbent politicians look, and the more imbued with undeserved gravitas they become.

And that’s quite a feat. 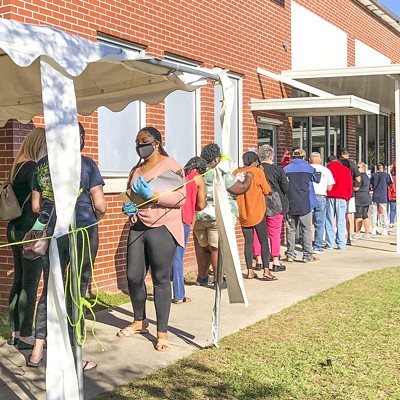