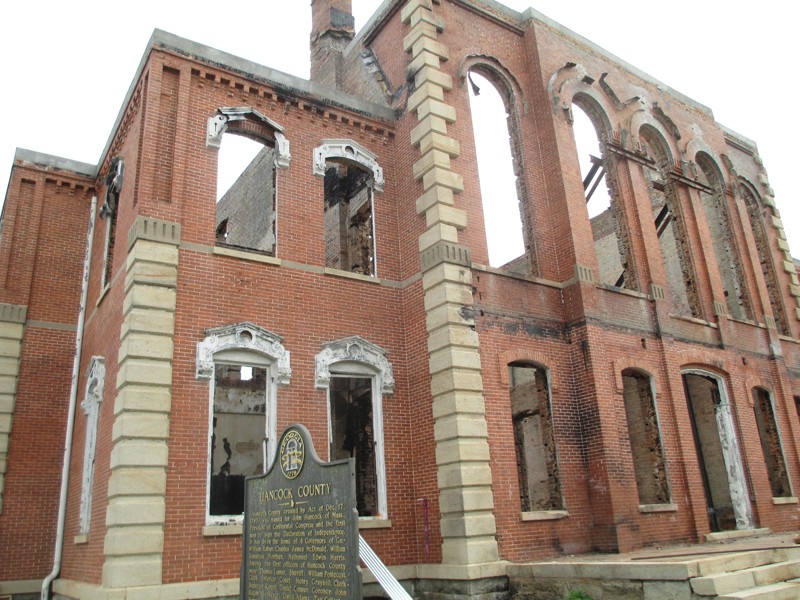 
You can't raise a Caine back up when he's in defeat. — "The Night They Drove Old Dixie Down"


ONE THING I've learned in my travels: No hotter place on this planet than Columbia, S.C., in the summertime. God Almighty, it's hot.

With the final furling of the Confederate banner over the State House grounds last Friday, you could almost feel a cool breeze of relief blow through the soul-crushing Columbia heat, down Gervais Street and across a worried, divided nation.

It gave us all a second to take at least one good, deep breath.


IN MY road trips through the Carolinas and Georgia, I'm struck by how the small towns have become depopulated zombie wastelands. It's a silent disaster.

From Lumberton, N.C., to Orangeburg, S.C., to Montezuma, Ga., the old Main Streets of the old Confederacy are mostly boarded up.

For Mexico and China.

But still plenty of drugs. As much crack and meth and weed in the sticks as the inner city. People can always afford drugs.

There's a strange poetry to the decay. Hancock County, Ga., was once the state's wealthiest county, from cotton picked by slaves. Today it's among the poorest.

They say AC units in Hancock County don't last long, on account of the copper coils can bring a few bucks.

The grand old courthouse in the county seat of Sparta—one of the most ornate of the post-Civil War, Victorian-style courthouses—burned to a husk this time last year in a suspicious fire.

Most of the records in it, some dating back before the Civil War, went up in smoke too. Literally gone with the wind.


ON THE topic of burned-down buildings: Milledgeville, Ga., was the state capital when Sherman went through town.

It's actually in pretty good shape. Contrary to the taunts of present-day Yankees and the howls of Confederate apologists, Sherman left quite a few grand old buildings untouched—untorched—in his own road trips through the South.

Savannah native Flannery O'Connor went to college there, wrote her best works there. But growing up in Savannah all we knew about Milledgeville was that was where the crazy people went.

"They sent her to Milledgeville."

For two centuries, Central State Hospital was the largest "lunatic asylum" in the world. Nearly 40,000 forgotten souls are buried on the grounds in unmarked graves.

In the days before easy divorce, husbands who'd found a new paramour would sometimes forcibly commit their wives there.

The disowned wives would be restrained, get shock treatment and lobotomies. End up in one of those graves, unmourned.

The hospital still has its own little police force. They patrol night and day to keep out crackheads and thrill seekers.


IN COLUMBUS, GA., is Ft. Benning, an iconic name in military circles. Every U.S. Army Ranger in Savannah trained there. General George S. Patton trained there.

Right outside the post is the new National Infantry Museum, a well-done and cutting-edge, if a bit rah-rah, memorial to Army ground forces.

It's here you get the most vivid sense of one of the great ironies of our time: Despite losing the Civil War, white Southerners are the most vocally patriotic Americans today.

Southerners have been the backbone of the U.S. military in every war since. The list of Medal of Honor winners is a virtual genealogy of Scots-Irish surnames from Appalachia through West Texas.

Ft. Benning itself was named for a Confederate general, part of a deliberate plan after the Civil War to repatriate the South. They're talking about renaming it now.

Patton's grandfather was a Confederate colonel. Died of his wounds.


TEN SOUTH CAROLINA governors came from one small town, Edgefield. For years after the Civil War, armed bands of emancipated blacks and local whites stalked each other in the countryside beyond. A quiet, nasty guerrilla war in the Savannah River valley.

Within an antebellum manse on Edgefield's main drag is a "Shrine"—their word—to the Red Shirts, a paramilitary group during Reconstruction.

The Red Shirts got their name from the bright red linen blouses they wore while at their main job: Keeping black people from voting or gathering in large numbers, by any means necessary.

Nobody visits the Shrine much these days, and the only armed bands that roam the lush countryside are turkey hunters.

But I swear you can still smell the violence in the air.


THE BEST song about the South was written by a Canadian.

Everyone hears it as "blood," but Robbie Robertson says the thing under Virgil Caine's feet that he swears by is "mud." Something a farmer's more likely to say.

Changed "Stoneman's cavalry" to "so much cavalry," which is just dumb. Changed "I will work the land" to "I'm a working man," in a liberal nod to labor unions.

I doubt Virgil would approve.


THEY'RE GOING to dig up the bones of Virgil's fellow Tennessean, Nathan Bedford Forrest. Literally pull up his corpse from under a city park in Memphis.

Forrest was a heinous human being. Slave trader, KKK leader. As a Confederate general, refused to take black Union troops prisoner. Ordered them shot instead.

Forrest is also considered one of America's military geniuses, the godfather of modern assault tactics. The original merchant of Shock & Awe.

The savage minutiae of his battles are studied by fresh-faced officer candidates to this day at West Point, at Ft. Benning.

Used in Iraq and Afghanistan.

Unlike most rebel officers, Forrest had no military experience before the war. He was a savant of violence with two standing orders: "Get there first with the most," and "War means fightin' and fightin' means killin'."

I doubt he'd have a problem with the Memphis decision. Forrest never gave any quarter, and never asked for any either.

Besides, he'd probably say, what the hell does it matter? I'm already dead. cs