Editor's Note: How To Do Business in Savannah 101

I understand that in a city whose culture, identity, and economy revolve so heavily around alcohol consumption, there is bound to be a lot of interest in who is granted a liquor license, and where.

Editor's Note: Does City Council really need to deal with liquor licenses at all?

It’s a shame, because Council recently passed a long-overdue and generally welcome overhaul of the City alcohol ordinance, only to water it down — get it? — with political tweaks.

The politics continued this past Thursday, at a Show Cause hearing for Jacqueline Somesso’s new restaurant/bar project, Liquid Café, off Tibet Avenue.

Longtime followers of local news will recognize Somesso’s name from a few local clubs she was previously involved with, among them Club Oz and Club Ice.

Those clubs are no more, but memories remain of the dozens of police calls involving them, including Part One violent crime in addition to underage drinking and nuisance and disorderly conduct calls.

These police calls are basically why those clubs are now gone, and why the City wanted a Show Cause hearing for her new club’s license.

At the hearing last week, City Revenue Administrator Judee Jones testified that Somesso didn’t honor various previous pledges to Council that she would clean up her act at the previous clubs.

Savannah Police Lt. Shinita Young, the main police liaison with license holders, testified that there were 70 calls of service specific to Club Oz from 2004-2007.

Incidents included — and I’m quoting from the hearing — “bottles used as weapons,” off-duty cops being assaulted, “use of drugs on the premises,” shootings, and carjackings.

At one point, Mayor Eddie DeLoach directly said that Somesso had likely run an illegal “shot house” in the past.

Eyebrows were raised when it was revealed that Somesso was requesting 4-6 off-duty police officers to work security at the new Liquid Café — a remarkably high number for an establishment billing itself as a restaurant.

Prior to the hearing, Deputy City Attorney Jennifer Herman advised City officials in a memo that, “The management of other establishments for which Ms. Somesso possessed an Alcoholic Beverage License revealed a history of noncompliance with applicable laws and regulations, and business operations that created serious public safety issues.”

Based on that report and on police records, City of Savannah staff recommended that Council deny Somesso’s new license application.

All in all, considering the evidence, one would assume the hearing would result in a cut-and-dried denial of the license.

But that’s not how it turned out.

Somesso’s attorney, Steven Scheer, told Council — accurately — that all these negative incidents happened at least ten years ago, and that there had been no other major complaints since that time.

Somesso currently runs a business in Pooler which police admit has had no major incidents.

So far so good.

Then things took a strange turn.

“Are you aware that [Somesso] has been active in her community, especially in political arenas, by hosting or giving in-kind contributions, last year, to the Democratic Party, to hold, I believe, their Jefferson/Jackson Dinner?” Scheer asked the City’s Judee Jones.

I’d never heard such a statement in a City Council meeting at all, much less at a Show Cause hearing, which is essentially similar to a legal trial.

What do Somesso’s contributions to a local political party have to do with her alcohol license?

I don’t know, but her attorney thought it was so important that he brought it up a second time.

Scheer later asked Officer Young, “Were you aware of the awards she’s received.... And community involvement by giving in-kind contributions to political parties?”

At this point, my eyebrows were raised so much they were basically on top of my head. I couldn’t believe what I was hearing.

But not one Council member broke in to question why Somesso’s political contributions were relevant to her alcohol license.

I have no direct evidence that political donations swayed City Council, and I am making no such accusation.

But I do know that even after questioning Somesso aggressively, they nonetheless voted unanimously to grant her license for Liquid Café — over the objections of City staff and Savannah Police.

(Seconds after the vote, Alderman John Hall joked to Somesso that he wanted “an extra large T-shirt.”)

The recent overhaul of the City’s alcohol ordinance originally included a provision for a special administrative officer who would handle the bulk of alcohol license requests and renewals, rather than Council taking valuable time to handle them on a case-by-case basis. 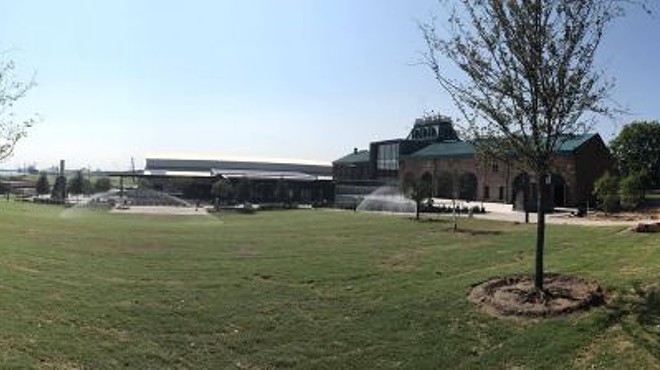 In last week’s hearing, that might have freed over an hour of Council’s time to discuss the crime rate, or revenue projections, or affordable housing, or homelessness, or any one of a hundred more sweeping issues than an individual liquor license.

Adding an administrative officer would have been a best-practices, common-sense solution that would result not only in better governance overall, but more fair, consistent and professional oversight of alcoholic beverage licenses.

However, Alderman Van Johnson helped spearhead a move to strip that provision. At the vote last June to adopt the new ordinance, Johnson said he wants to retain the right to “weigh in personally” on each liquor license.

Unfortunately, what it could also mean is that hundreds of hours of staff time devoted to a valiant effort to overhaul Savannah’s alcoholic beverage ordinance might be undermined for largely political reasons.

And that’s a real shame.