DUE TO the approach of Hurricane Irma, and the mandatory evacuation order accompanying it, we were forced to put this particular print edition together on very tight deadlines.

In order to accommodate the safety and travel needs of everyone working here, and to accommodate the corresponding speed-up of the printing schedule, we put this paper to bed on Friday afternoon, a full three days earlier than usual.

We have done our best to confirm that all events in this print edition are still scheduled, but can make no guarantees given the unusual nature of the situation.

Therefore we urge you to double-check all information for yourself before attending a particular event.

Hopefully that will be the worst inconvenience any of us locally will have to go through with this unprecedented storm.

Image courtesy of NOAA
Hurricane Irma as a Category 5 storm

As I write this, the National Hurricane Center track for Irma has shifted west, apparently, but not definitely, alleviating much of the anticipated worst-case scenario for our immediate coastal area.

However, as the storm was still several days away from here — and because the mandatory evacuation order took much of the choice out of our hands — we opted to stay with the early deadline protocol.

We will provide coverage and updates on event schedules at our website as well as on social media.

As the forecast shifted, many Savannahians reconsidered following the evacuation order because of the new NHC track for the storm. The evacuation order itself changed, with the original full mandatory evacuation limited to the coastal area, or Zone A in the new Chatham Emergency Management Agency (CEMA) protocol.

And Savannah being Savannah — where gossip and backbiting are often the main local pasttimes — many people are already criticizing Gov. Nathan Deal’s decision to make the evacuation order, as well as CEMA's parallel order, as somehow premature.

I’ve heard that hindsight is always 20/20. But the problem here is that much of the local complaining isn't even hindsight. The griping started happening even as the storm was days away and no one knew for sure that Savannah would be spared the worst.

What is “premature” is making spur-of-the-moment, kneejerk, uninformed criticism of the decision to evacuate.

Indeed, the needed preparations are so vast that a decision not to evacuate would almost seem insanely irresponsible given what we know about Irma — not to mention what Savannah just experienced less than a year ago with Matthew.

Keep in mind that when this evacuation order was given, Irma was the most powerful storm ever seen in the Atlantic Ocean.

And almost all the models had it headed directly to Savannah, as possibly a Category 4 storm.

If you give this even ten seconds of rational thought, you can see that there was no other sane decision to be made other than to plan to evacuate the coast.

What really boggles my mind is how quickly some people locally seem to have forgotten all about the truly enormous damage from Hurricane Matthew, not even a year ago.

And how quickly people at that time criticized CEMA for looking as if they were moving too slow with an evacuation order.

Top winds in Savannah proper during Matthew weren’t even hurricane force. That’s right — all the incredible damage to Savannah due to Matthew was at the hands of tropical storm-force winds (Tybee Island excepted, which did receive Category 1 winds).

As if that weren’t enough, we have over a decade of horrifying TV footage of storms like Katrina and Harvey to remind us of the dangers of hurricanes.

If all of this still hasn’t convinced you of the need to take these threats seriously, you might just be unreachable.

There will be plenty of time after Irma passes us by to criticize government officials if needed. And I will probably help lead the way.

But for now it’s my fervent hope that the worst thing that happens is some people are only mildy inconvenienced by nature’s unwillingness to give us the exact path of a hurricane in advance, and that they have the luxury to indulge in any kind of criticism. 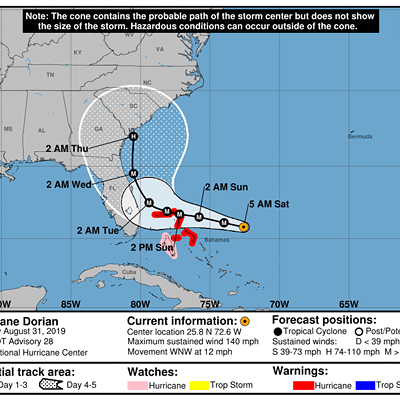 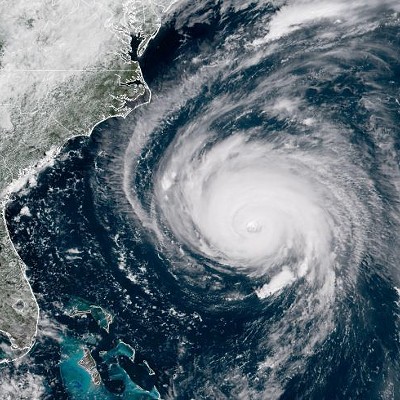