Editor's Note: John Lewis: A life of service and leadership 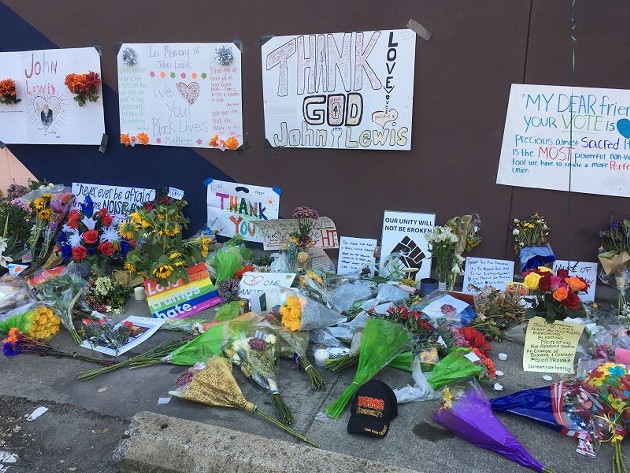 I HAPPENED to be in the Atlanta area this past weekend when news broke of the death of Congressman and Civil Rights mainstay John Lewis, who represented most of that city’s citizens in the Fifth Congressional District since the late '80s.

Lewis’s passing came literally on the same day as the death of Atlanta Civil Rights leader C. T. Vivian, a man also vital to the movement, but about whom I was less aware and subsequently educated myself.

With their passing comes the end of an era. Lewis himself was the last surviving member of the so-called “Big Six” Civil Rights leaders from back in the day, along with Martin Luther King Jr., A. Philip Randolph, James Farmer, Roy Wilkins, and Whitney Young. 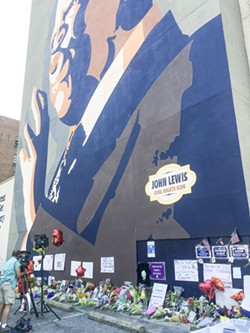 All weekend, the tributes from high-profile political and cultural figures came fast and furious. But the most striking tributes were the ones I saw and heard from everyday Atlantans, for whom Lewis was no abstraction but a vital, present part of the community up until his last breath.

This giant of a leader was one of the last true men of the people in American politics, and his constituents’ memories all reflected this, without exception -- including the Republicans.

Most touching of all was the massive and spontaneous outpouring of deeply personal remembrance and tribute at the enormous mural of John Lewis on Auburn Avenue in downtown Atlanta.

All weekend, people visited the site leaving heartfelt, handcrafted memorials, a constant stream of cars and pedestrians gathering, mostly in somber silence, to honor and reflect.

I’m not a mind-reader, but the subtext of the scene seemed to be something like, We’ll not see his like again.

It’s likely that a figure like Lewis — simultaneously Olympian and thoroughly working class, a proud liberal yet able and willing to work across the aisle — was truly the last of his kind.

The country is poorer without him, but his memory lives on in the continuing work of others.