PERHAPS IRONICALLY given how obsessed with politics people seem to be on social media, actual Civics knowledge in this country seems to be at an all-time low.

(Or maybe that’s precisely why people are so obsessed with arguing politics on social media.)

Look at almost any survey of how well American citizens know their own history and their own form of government, and every year the results seem to get more and more bleak.

A recent survey done by the American Bar Association found that only 38 percent knew that the U.S. Constitution is the ultimate law of the land.

In the 2018 Annenberg Constitution Day Civics Survey, an annual effort, only 32 percent of those polled could correctly name all three branches of government.

The good news is that was better than the 26 percent recorded the previous year.

The really, really bad news? A third of respondents couldn’t name any branch.

A survey last year by the Woodrow Wilson National Fellowship Foundation found that most current American citizens would actually fail the U.S. citizenship test — and fail it badly.

(Insert your own ironic observation about anti-immigrant sentiment here.)

Only 13 percent of respondents knew the year the U.S. Constitution was signed.

Yet, judging by my Facebook feed anyway, there seems to be an endless appetite for the emotional drama of politics and civics, if not always the actual substance or reality.

With a possible, if not likely, impeachment of the sitting president looming in the not-too-distant future — the most serious step the U.S. legislative branch can take, other than a declaration of war — it seems as if we might be moving toward a perfect storm of political chaos combined with widespread citizen misinformation.

Locally, the situation appears not to be a whole lot more encouraging.

I had my own epiphany about this while covering the last Savannah city elections four years ago, in 2015.

As Election Day wore on, my feed lit up with posts from people who lived outside Savannah city limits who were very, very upset to find out they couldn’t vote in the City of Savannah elections.

Some people literally drove up to their usual polling place in unincorporated Chatham County, and discovering it was (correctly) closed since there was no countywide election, voiced outrage that their right to vote was being “taken away.”

The silver lining there, of course, is that at least they were trying to vote, for something. So I don’t mean to be harsh or insulting.

The episode did, however, really bring home the necessity for us here at Connect Savannah to not fall into the trap of assuming there is wide or deep local political knowledge, either among longtime residents or among new arrivals to town (of which there are many).

I have yet to fully figure out the relationship between this dramatic reduction in citizen knowledge and the paradoxical increase in online tirades and opinionated vitriol about politics.

But in order to serve our readers better, we decided this year to roll out our first-ever Civics Issue.

This is our attempt to get back to the basics of local government, and drill down to the most fundamental details of the upcoming municipal elections this fall.

While Election Day is Tue., November 5, early voting actually begins Oct. 14. So, in the manner of some people putting up Christmas decorations the day after Halloween, election season is already upon us.

We hope you enjoy this issue and get something out of it, whether you’re a total newbie to local politics, or a seasoned veteran.

Latest in The Civics Issue 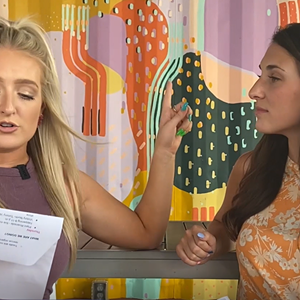