ALMOST NO ONE I know thinks Savannah’s current zoning law should remain intact.

By virtually all accounts and all interests, it is ancient, obsolete, redundant, counterproductive, and conducive to all kinds of shenanigans, whether a developer seeking a variance or a politician with an ax to grind.

This is why the Metropolitan Planning Commission (MPC), along with the City of Savannah — the latter’s role has increased tremendously of late — quite rightly embarked on a complete overhaul.

Now known as “NewZO,” the new unified zoning ordinance springs from a fledgling attempt over a decade ago to upgrade local zoning.

A lot has happened since then: A huge recession, turnover of high-dollar areas (Broughton Street, Savannah River Landing), and an extraordinary, almost out-of-control rebound from recession that has included the largest amount of commercial development Savannah has ever seen.

There has also been a lot of attrition and outright brain drain in the MPC itself over recent years, as key employees, some vital to NewZO itself, have either been downsized, forced out, or resigned.

These staff and funding changes have also had an impact on what NewZO now is — and maybe isn’t.

In some respects, NewZO can’t come soon enough, as neighborhoods suddenly find themselves coping with new development which in many cases will bring a whole paradigm shift, architecturally, stylistically, functionally, and in sheer volume, mass and height.

One is tempted to say NewZO is too little, too late, but there will be plenty of opportunities for a more sane and equitable zoning protocol to affect positive change here — if it is allowed to.

By the time you read this, the sixth and supposedly final draft of NewZO will have appeared before the MPC voting members. In a few weeks it will then make its way in front of Savannah City Council.

I am by no means a zoning policy wonk, but I’d like to call your attention to a few potential red flags in NewZO that I urge members of the public to keep their eyes on for future reference.

I have included section numbers of the NewZO draft where applicable, so you can go read it online yourself.

In and of itself this isn’t a cause for alarm, but the devil is in the details.

Currently in NewZO, a PD district would be disallowed in the Savannah Downtown Historic District Overlay District, i.e. downtown proper.

However, it looks like they would be allowed in other areas, potentially including the Victorian District and other historic neighborhoods outside of the core downtown, even those currently within Conservation Overlay Districts.

In short, if a developer can get a PD District for themselves, they might not need to secure variances per se. The PD District will allow a developer, within the approved General Development Plan, to do nearly whatever they envision.

Keep in mind this is for anything under two acres. So an out-sized apartment complex, for example, could apply for a PD and get all the advantages that implies.

In the very worst-case scenario and most cynical reading, this provision could be used as a form of stealth spot-zoning.

Think Canal District — which makes the final NewZO draft’s empty space in the next section where the Canal District Overlay District (7.4) is listed perhaps concerning.

Where’s the Historic Property Overlay District? (7.7) NewZO mentions this as an Overlay District which would focus on “preservation of individual historic resources” and would “ensure that new construction, alterations and additions are visually compatible with existing resources on the property.”

Sounds spot-on and sorely needed, right? However, the description abruptly ends there with no further ado.

There is no other description or process for what would seem like an enormously important thing in a city which just had its Landmark District status changed to “Threatened” by the National Park Service.

Illegal Historic Preservation Commission? (2.5) By state law, such a body must have all members residing within their applicable historic preservation jurisdiction, and a majority should have “special interest, experience, or education in history or architecture.” As currently written, NewZO doesn’t strictly comply with this. (UPDATE: This issue was a primary reason the MPC delayed the anticipated Feb. 12 vote.)

Ex Officio Members: Last week I wrote about how the “ex officio” members of the MPC — the City Manager and the County Manager — have in my opinion exerted their power on the MPC to unreasonably influence the body’s voting results and fair deliberation.

NewZO does nothing to stop or alter this problematic process of ex officio members having full voting rights on the MPC, which to my understanding was ushered in during the tenure of former City Manager Rochelle Small-Toney and has no sound policy basis and is not a best practice.

All that said, none of the above is intended to cause undue alarm. There is much to like and support about NewZO.

But to paraphrase a friend: “We waited ten years for this. We can take a little more time to get it right.” 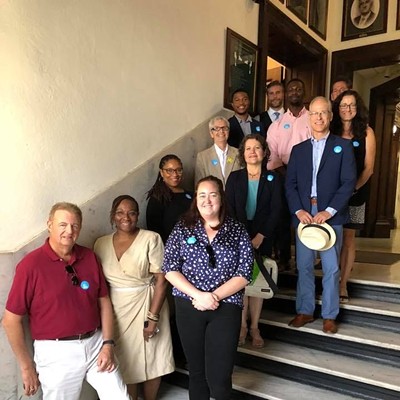 The street-level impact of passing NewZO 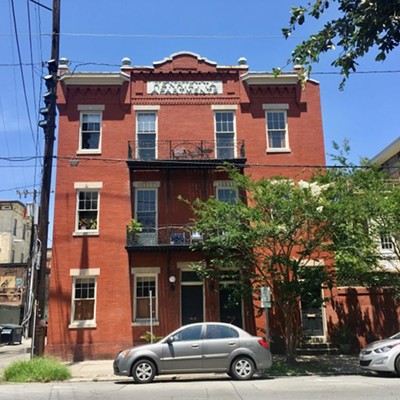