IN A TOWN where it’s sometimes assumed that our history is static and boring —or just for tourists — it’s nice when a new twist is discovered, and we see why studying history is anything but boring.

The recent discovery that the great Revolutionary War hero and Savannah icon Casimir Pulaski was potentially either intersex or born a biological woman has stirred a lot of interest locally.

Technically, this information has been floating around for awhile. But recent DNA confirmation has cemented the research, conducted in part by scholars at Georgia Southern University. 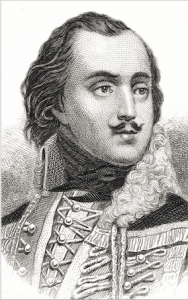 The Smithsonian Channel debuted its “America’s Hidden Stories” documentary, “The General Was Female?” on the subject this week. National and international news outlets from the New York Times to the BBC have covered the story.

For those who don’t know, Casimir Pulaski was a Polish aristocrat who became deeply motivated to help fight for American colonial independence.

An inspiring military commander, Pulaski’s small stature was no deterrence to his physical courage in battle — a noble trait which eventually cost him his life.

(Some might differ with my use of the masculine pronoun. But we don’t know the medical facts yet for sure, and in any case Pulaski himself identified fully as a male.)

Credited with saving Gen. George Washington’s life at the Battle of Brandywine, Pulaski would later come to Savannah, where he was mortally wounded in the failed effort to retake the city from the British in 1779.

I recently learned that an ancestor of mine fought with a South Carolina regiment during the Siege of Savannah, which is a real honor.

Of course, his name would later grace our Ft. Pulaski itself, which was constructed by Robert E. Lee while serving in the U.S. Army Corps of Engineers prior to switching sides in the Civil War.

Pulaski made quite a name for himself all over America, and he’s commemorated up and down the East Coast, as well as in his native Poland.

In any case, it’s exciting to see a new chapter of Savannah history being written about one of our most admired local heroes, and perhaps talked about by our local tour guides.

And in this case it might even be true!

If you’re like me, you have overheard some of the most ridiculous and blatant falsehoods said by local tour guides, for the benefit of tourists who naturally assume it’s all true because the guide said so.

One time I overheard a carriage driver tell their hapless guests that The President’s Quarters inn is called that “because Abraham Lincoln once stayed there.”

(And our Lincoln Street isn’t named for Honest Abe either.)

Not long ago I was driving beside a tour trolley and overheard the driver tell his gullible passengers, “Savannah is the second planned city in the U.S. after Levittown, Pennsylvania.”

Levittown was built in the 1950s — over 200 years after Oglethorpe founded Savannah.

It was all I could do to keep from yelling at the trolley driver out of my car window.

And don’t get me started on the ghost stories.

How wonderful then, to have such interesting —and apparently true! — news to report about one of the most exciting and pivotal chapters in Savannah, and American, history.