Editor's Note: The power of place, and memory 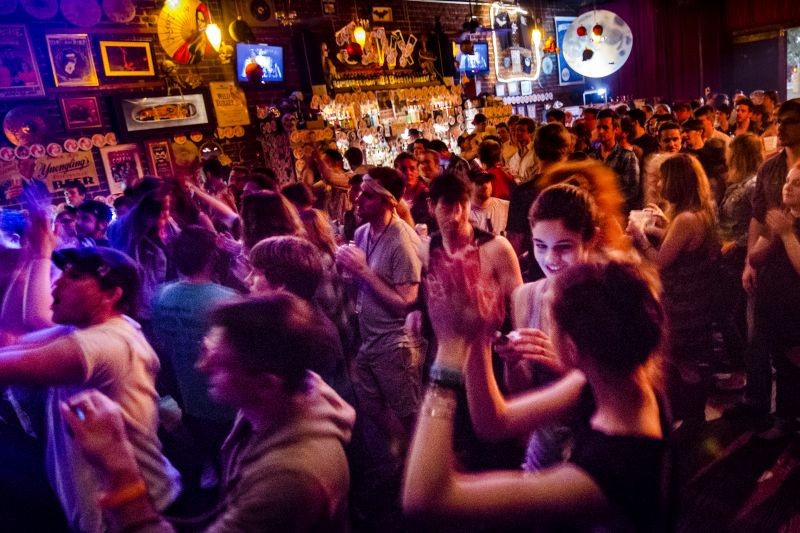 WE ARE planning an extensive tribute in a future issue to The Jinx, the beloved downtown rock 'n’ roll venue and bar which recently announced that July 11 will be its last day in operation.

I don’t want to steal our own thunder in advance of that coverage, but did want to touch on the news briefly for this issue.

For 17 years, The Jinx was the premier rock venue in Savannah, preceded in the same space by The Velvet Elvis (the sign for which was still over the door for a long time after the changeover, a poignant nod to the cultural continuity and importance of the space).

According to owner Susanne Warnekros, the lease is up at the end of the year, and rent has been problematic for the bar to pay due to pandemic-related closure. It's entirely possible that even in good economic times, they'd be forced out at the end of the lease.

It’s a disturbingly familiar story which unfortunately will become ever more familiar, as some version of this play is acted out all over the country in months to come.

From COVID-19 to a remarkable global social justice movement, we live in a time of enormous challenge and change.

The closing of a single dive bar is, technically, a drop in the bucket.

Except when it’s not.

The closing of The Jinx represents a lot of things:

For the local rock ‘n’ roll fan, it represents memories of some of the most meaningful moments in our lives, enjoying performing artists in an intimate environment with our friends.

For the Savannah cultural historian, it represents yet another example of the gentrification of downtown, which is now coming for the Congress Street entertainment corridor.

For the macroeconomist, it represents the clear and present danger to any small business in America which depends on the free and willing travel of customers on foot, in person.

Which is to say, most small businesses.

But the impact of the loss of community spaces like The Jinx — a business, a bar, a community gathering space, and a performance space rolled up into one — is impossible to measure or chart.

One of the hallmarks of human life is the proclivity, indeed the need, to gather in shared, communal spaces to celebrate that very togetherness.

There’s nothing wrong with going out for a meal. But as many of us have learned, you can get great takeout food and have just as good a time eating it at home.

Not the same with live music and performance, however.

Most of us don’t have the wherewithal to order a rock band over the phone, go pick them up, and bring them home for a private show.

We need art, and culture, and good fellowship, and we need spaces in which to enjoy and celebrate them together.

Anytime these spaces leave us, driven away by a pandemic or by some other reason, it’s a cause for proper mourning.

It’s easy to say, “it’s not about the building, but the memories.” And of course that’s essentially correct.

But people need a strong sense of place as well. These performance spaces are sacred in their own way.

So yes, mourning the loss of the physical space is part of the process as well.

The ideas of culture, community, neighborhood, and family are all wrapped up in a sense of place.

The folks at The Jinx say they’ll be back one day, in a new spot, and I have no reason to doubt them. And I have no doubt they are capable of creating many more wonderful musical memories.

If not, Savannah has lost beloved venues and watering holes before, such as The Night Flight and Jim Collins’, to name just a couple.

Change is the one true constant, nothing lasts forever, we’ll always have the memories, etc. etc. Pick your adage.

But add this change on top of the many other changes people are experiencing right now, and it’s a lot to digest.

In times of trouble, one of the best balms is, or was, heading out to catch a show, have a drink or two, and catch up with friends.

Right now, we don’t even have that.

All this is to say that we need to value the remaining spaces that much more. The Jinx wasn’t the only beloved space in town, and maybe the ones that remain will be able to channel some of that good will, and channel some of those many memories, simultaneously bright and hazy.

IN ANOTHER NOTE, we apologize for some recent screwups of our very popular Crossword Puzzle.

To make up for it, we have TWO puzzles in this week's print issue, one for the current week and a re-run of one that was missing its answers.