Photo courtesy CMA CGM
The CMA CGM Brazil on its way up the Savannah River.

LAST WEEK, social media lit up locally with photos and video of the arrival of the CMA CGM Brazil to the Port of Savannah, as if the massive container vessel were another tourist attraction.

The breathless coverage and commentary had the tone of a major celebrity visit to town. Which I suppose it was.

The largest-ever ship to visit Savannah, and anywhere on the East Coast for that matter, is indeed newsworthy — though there’s room for disagreement as to whether it’s good news or bad news.

There’s no doubt that enormous container vessels such as the 1200 foot-long CMA CGM Brazil are impressive technological feats. The entire process of getting a ship that large nearly 20 miles upriver to its berth and out to sea again, through a growing major tourist destination both ways, is difficult, detailed, and fascinating.

But as always with any great technological achievement, the most important question isn’t how was it accomplished, but what will it be used for?

In this case, the CMA CGM Brazil and ships like it are used to bring in mostly cheap consumer goods, mostly from China, as is the case with nearly all the traffic into the port of Savannah.

Those consumer goods make their way into enormous warehouses nearby, often euphemistically called “logistics centers,” for which hundreds of acres of forest have been clear-cut.

From there, the goods go via truck and train elsewhere around the country, making profits for the multinational companies such as Dollar Tree or Home Depot that sell them — but not much actual profit for the people of Savannah.

The truck congestion in West Chatham is so intense that major infrastructure costs are incurred just to accommodate the traffic, in an area also seeing major residential growth. The Jimmy DeLoach Parkway in Pooler is, in practical terms, essentially a thruway for 18-wheelers to and from the port — a very expensive service road.

The congestion and pollution concerns overflow, literally, into Effingham County, now the site of political struggles between pro-development forces and residents there and in West Chatham fearful of the loss of more quality of life.

Shipping and maritime adventure have always been important parts of Savannah’s history and culture. But when James Oglethorpe first arrived here nearly 300 years ago, the Savannah River was only about 18 feet deep.

Now, after many rounds of dredging deeper and deeper by the U.S. Army Corps of Engineers, it is nearly 50 feet deep.

The dredging has dramatically changed the entire ecosystem in and around the port of Savannah. Hundreds of acres of marsh have been salinated out of existence. The Savannah National Wildlife Refuge has diminished in size with each round of dredging.

Not only is Georgia’s indigenous marsh one of the most unique ecosystems on the planet — our coast has the longest contiguous marsh in North America — it serves as an important natural buffer for hurricane storm surge and torrential rainfall.

The more of it is destroyed, the more vulnerable this major tourist destination is to those threats.

Where does all the dredge material go? For the most part, it’s dumped right next to the river, in “dredge spoil areas.”

I’ve walked on a spoil area before — it’s like visiting the scorched, cracked surface of a desolate alien planet. You can see them from River Street or from the Savannah Bridge; they’re the high berms just across the channel from downtown.

These dredge spoil areas have been called by some biologists the single largest mosquito breeding ground in North America.

Tybee Island gets some dredge spoil for “beach renourishment” — to replace sand mostly eroded away by increased currents at the mouth of the Savannah River due to.... you guessed it... deepening the river.

The science of hydrodynamics means that the deeper a river is dredged, the more the river’s speed of current and volume of flow increase exponentially. This dramatically, and inevitably, erodes not only our beach at the mouth of the river, but the banks of the river itself.

Much taxpayer money has already been expended on shoring up seawalls all along the Savannah River channel, on both sides; this expense will only increase with time.

And this isn’t even getting into the issues of human trafficking and narcotics trafficking, illegal activities drawn like magnets to large container ports like ours....

Anyone voicing these concerns and criticisms will probably find themselves in a minority, of course, and subject to the usual charges of being “against progress,” an “environmentalist wacko,” etc.

As more and more people move to Savannah from other states and metro areas around the country, the local population will care less and less about the ecological damage, as newcomers arrive with no memory of how things once were.

For them, a big container ship really is a tourist attraction. But it hardly seems fair to hold them responsible for decisions made, for better or worse, long before they got to town.

But they should know the enormous price Savannah pays so that the rest of America can enjoy those cheap consumer goods, and so we can post those awesome photos on Facebook. 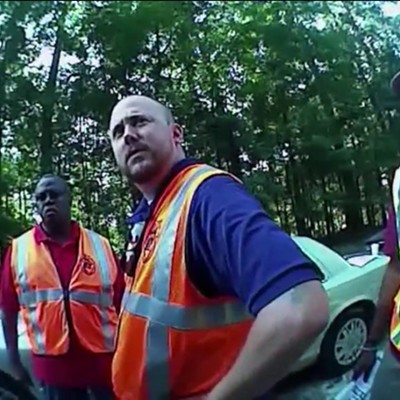