Editor's Note: Unsafe at any speed

I’ve put two children through the system, faithfully defending it to its detractors all along the way despite its obvious shortcomings.

In all candor I cannot look you in the eye and tell you I’d make the same decision again.

The reasons are legion, including bureaucratic indifference, inconsistent policies at all levels, ineffective administrators, unaddressed disciplinary issues, and a small but corrosive number of abusive and irresponsible teachers who know it’s almost impossible for them to be fired.

One problem I never had to deal with personally was the always-awful school bus system, a constant issue here regardless of which company was running it.

After the litany of horror stories about late and/or non-arriving buses, absurdly early pickup times, and the regular occurrence of violent and/or abusive acts on the buses and the inability of drivers to police those incidents, it was a no-brainer.

I made up my mind very early on that I’d do whatever it took to keep my children off those buses, and to transport them myself in my own vehicle, hell or high water.

Some might call that a “privilege,” in today’s social justice jargon. But in my mind it’s a sacrifice I deliberately made and planned for, a priority set and executed.

Other families, however, are unable to do the same, and are forced to rely on the bus system. Regardless, we all can share a sense of outrage over the deplorably unsafe condition the taxpayer-owned bus fleet was left in by departing contractor First Student—as explored in my story on the topic in this issue.

Much credit goes to Louise Phelps of the Savannah Business Journal for breaking ground on the story first. Lou enterprised the story hard a few weeks ago, and she really is the one responsible for bringing it to the public’s attention.

In the nine years First Student held the school bus contract for Savannah-Chatham Public Schools, not only did they inspire thousands of parent complaints about all-around incompetence, they apparently did little to no contractually-required maintenance on the locally-owned fleet of about 400 buses—three out of four of which were left unsafe at any speed, according to an independent audit.

Go to the story for more info. But after the buses get rolling this week and the safety issue fades in the public consciousness, another backstory will remain: The issue of why this School Board President and School Board are consistently not being given vital information by the administrative staff at 208 Bull Street, or given information too late to make effective decisions.

A case in point is the incriminating audit of the school bus fleet done late last year, but which Board President Jolene Byrne, the rest of the board, and the new bus contractor only learned about literally days ago.

Combined with the fact that the new contractor, Reliant Transportation, was conspicuously not allowed to inspect the fleet prior to bidding, we see that only by the grace of God was a tragedy avoided on the road.

Regular readers of Connect will recall a similar situation, when the school board was recently asked by Superintendent Thomas Lockamy to vote yes on his proposed budget for the upcoming year—but weren’t shown the budget itself and had to demand to see it!

The response is that administration doesn’t want Byrne and the board to “micromanage.” But is it really micromanaging to read a budget you’re responsible for?

Is it really micromanaging to want to know if school buses are safe to transport children?

Let’s put it this way:

Who would voters hold responsible if, God forbid, a dozen children were killed in a bus accident because the brakes failed, or a tire blew out at the wrong time, or the engine burst into flames?

Lockamy and the staff at 208 Bull Street? Or the elected officials of the Board?

Over the tenure of many superintendents, 208 Bull Street has earned a reputation as the most deeply entrenched and stubborn bureaucracy in the region.

In researching this story, something more subtle but equally disturbing became apparent when looking at correspondence between Savannah-Chatham Schools and Reliant Transportation (a subsidiary of MV Transportation).

At one point, in a remarkable and almost surreal exchange, local school officials debate with Reliant’s president over which standards to use: the federal standard or the less-stringent state standard?

The local school system seems to strenuously argue for the less-safe standard, presumably as a cost-cutting measure:

“We must carefully monitor and account for all expenditures, including vehicle maintenance... The Letter of Intent was drafted specifically to acknowledge that the District, at its expense, would provide Reliant with a fleet at a baseline level of good repair, and to provide for the District’s rights to control costs,” writes Vanessa Miller-Kaigler, Chief of Facilities Management for the local schools.

“It has come to our attention that some within the District are questioning whether the items we are repairing on the District’s fleet are actual safety defects... With the limited time remaining before school, I do not find it beneficial to debate what it and what a safety defect isn’t.”

This is a school district which just granted Lockamy a sizeable raise and which routinely collects tens of millions of dollars for new construction through sales taxes.

It’s a school district which allowed, and seemingly enabled, First Student to ignore its contractual responsibility to properly maintain the fleet, i.e., the above-mentioned “baseline level of good repair.”

If this enrages you, you’re not alone.

But as with all bureaucracies, they hope you’ll just forget about it with time.

It’s up to you to remember. 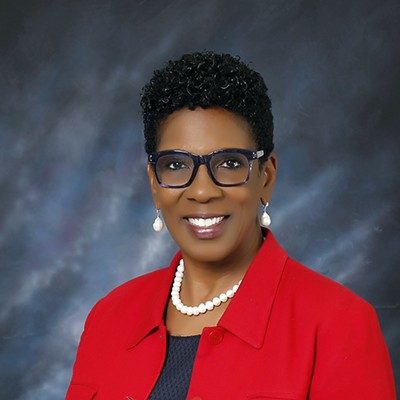