Estelle: ‘Be yourself unapologetically’

Barack Obama had just secured the Democratic Party presidential nomination. Michael Phelps made history with his gold medal record. On the radio, Taylor was still country, Rihanna was freshly sporting a reigning diva crown that hasn’t left her head since, and Usher was calling for some “Love in This Club.”

In the midst of it all, one song cut through the radio with a shocking freshness. A disco beat laid the groundwork while funk bass pulsed, eliciting a little shimmy from even the most stubborn of shoulders.

A breezy tropical vibe poured out of the speakers like balmy vacation sun rays. The subtle textures and relaxed, carefree cool of it all made listeners feel like their Louis Vuitton luggage was waiting outside and it was time to jet-set in first class.

“American Boy,” Estelle’s hit single featuring Kanye West, became the song of the summer. While experimenting in the studio, John Legend suggested that Estelle, a native Londoner, sing a song about being whisked away by an American gent. Kanye West—post-Graduation, pre-808s and Heartbreak—brought his signature humor to the track, and together, a hit was made with producer will.i.am. 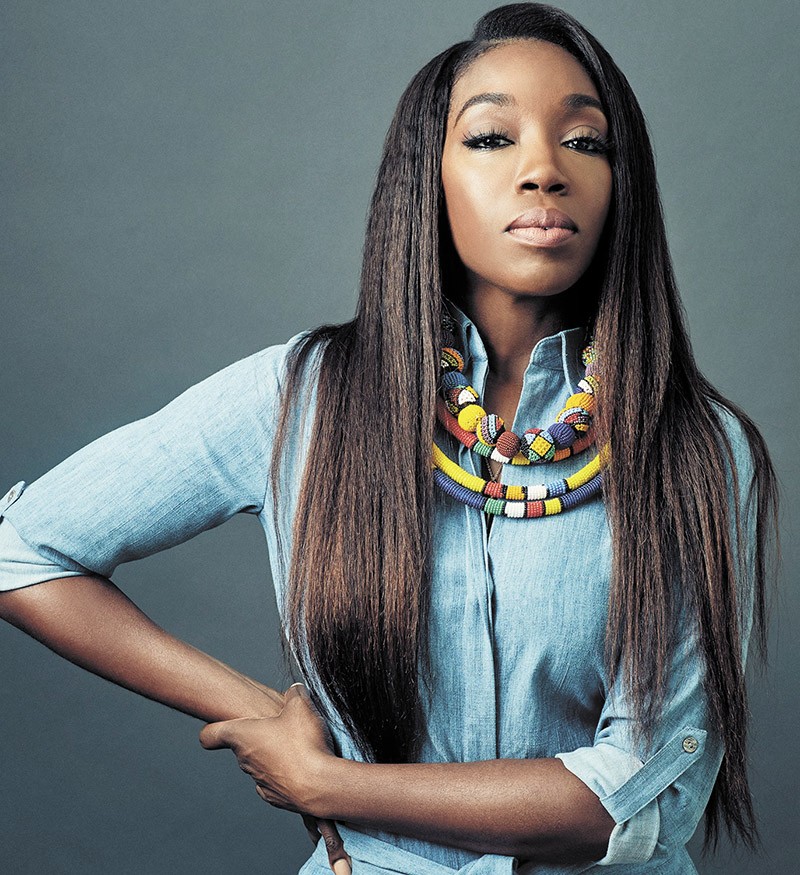 The second single from Estelle’s second studio album, Shine, “American Boy” reached the top five throughout the European and Oceanic markets, peaking at number nine on the Billboard Hot 100 in the United States. Fittingly, it was her American breakout. The following year, Estelle and West took home a Grammy Award for Best Rap/Sung Collaboration.

Estelle followed the hit with the song “Break My Heart” in 2012. A collaboration with Rick Ross that landed in the Top 30 Hot R&B/Hip-Hop charts, the song was a teaser for her third album All of Me. in 2015, her fourth album, True Romance, arrived, featuring the singles “Make Her Say (Beat It Up)” and “Conqueror.”

In 2017, the singer, rapper, and writer reminded the world that she’s queen of summer jams through the single “Love Like Ours” featuring Tarrus Riley. A sweet ode that celebrates being happy and loved in a strong relationship, its light reggae beat and their easy melodic exchanges make it a perfect windows-down anthem.

“I was working on my album, coming together to get it done and one of the first sessions I did, the producer had Tarrus in the studio,” Estelle tells Connect. “He asked if I minded bringing him in—he’s one of the gods of reggae music! He just knocked ‘em out of the park.”

The song’s accompanying music video shows Estelle and Riley grinning and dancing as the sunshine peers through green foliage.

“My idea with that video was to have it where we were in kind of a lush, beautiful garden,” explains Estelle. “But not in the typical way! Every time you see a reggae video it’s like, being Jamaican in the jungle. I wanted it to feel otherworldly and a bit beautiful. I think we did that.”

Her new album, coming out in the first quarter of next year, celebrates Estelle’s early love of reggae music.

“One of my early and consistent loves is African music,” she says. “It’s my roots. My parents are West Indian and African, and around the house you’d hear pop music, but 90 percent of the time you’d hear African music playing. That’s who I am, that’s where I come from.”

Estelle’s talents reach far beyond the recording studio. She empowers her listeners through lectures, talks and inspirational social media posts like #MentorFriday through which she highlights influential leaders and self-starters. Through the hashtag, she’s brough attention to self-starters ranging from 17-year-old George Hofstetter, who created an app to help prevent police brutality, to fashion designer Virgil Abloh.

“I always say to [my fans], ‘Be you who are and find out who you are, and be yourself unapologetically,’” she says. “There are going to be 50 different versions of people telling you who to be, and that’s a bunch of rubbish. Follow your gut, follow your instincts, and do it by any means.”

Follow her instincts has led Estelle to other art forms, including film and television. She’s guest-starred on Fox’s Empire and voices the character Garnet on the animated TV series Steven Universe.

“It was a little bit selfish,” she laughs about her journey into the animated world. “I have nieces and nephews, and I wanted them to hear their auntie! I wanted a cartoon for the rest of the world.”

Steven Universe creator Rebecca Sugar already had Estelle in mind for Garnet. As the leader of the Crystal Gems, a group that protects humanity and the Earth from danger, Garnet is a strong, confident, and pragmatic leader—all qualities Estelle demonstrates in her own life.

“[Sugar] liked that I was very strong, very cool about who I am and what I represent as a woman,” Estelle says. “In her opinion, it was a perfect fit. It didn’t seem like playing Garnet, but myself.”

As the oldest of nine children, Estelle relates to Garnet’s protective side.

“She cares for her siblings, and I’m used to taking care of people in general,” she says. “So, to me, it’s great.”

Since its beginning, Steven Universe has explored themes of diversity, LGBTQ identity, friendship, and femme empowerment. Sugar has said that her intention with the show is to “tear down and play with the semiotics of gender in cartoons for children.” Estelle finds the approach refreshing and necessary.

“I love that it’s inclusive and they don’t treat children like they’re dumb,” she says. “It’s important. It really is a new world, and I think it’s important for kids to have a place, a space, that is you, your space, where they don’t feel like they’re crazy.”

Estelle is excited for any chance to uplift the LGBTQ community and is particularly excited to perform at Savannah Pride.

Rachael Sage reckons with bravery in the face of mortality 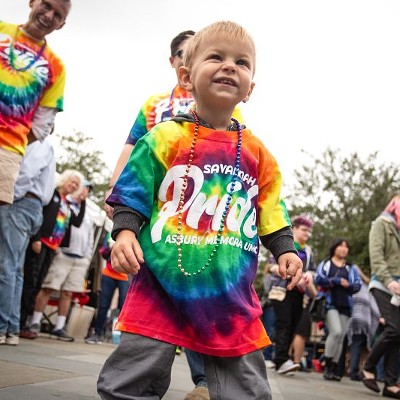