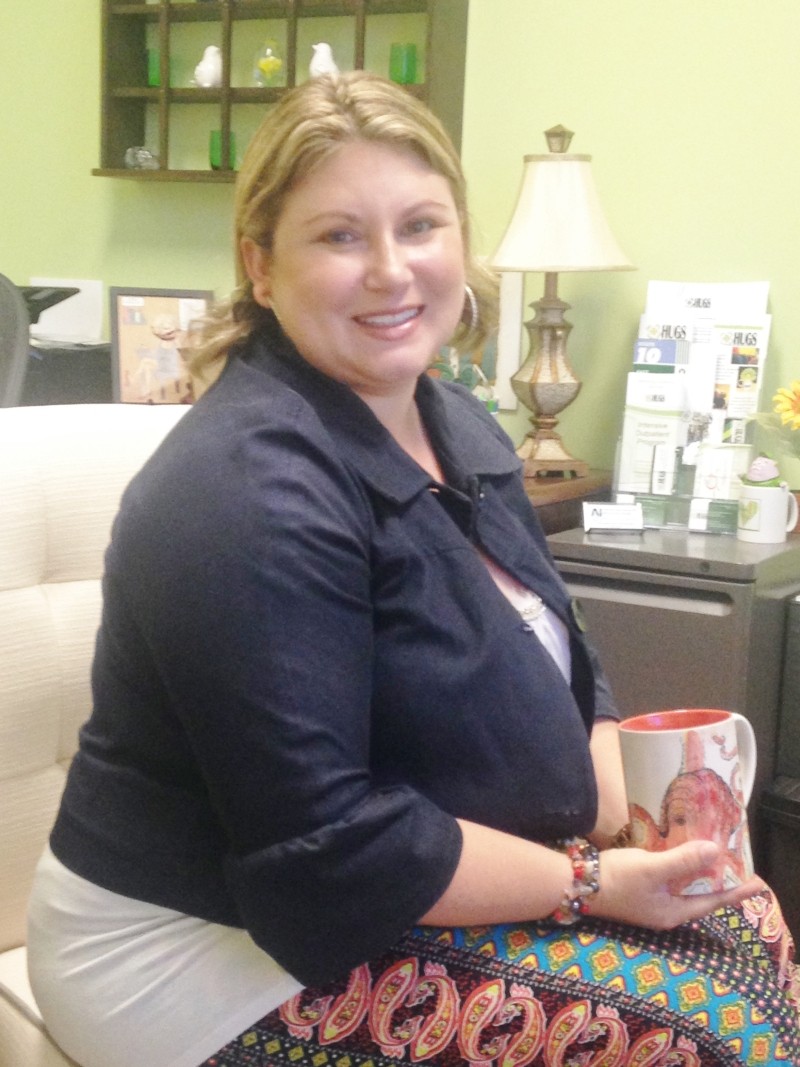 “There are only two criteria. First, are you a human being?” asks Epting with a smile. “Then, do you live on Planet Earth?”

The Dutch Island native understands that everyone can use a little help sometimes. And as President of Heads Up Guidance Services (HUGS), she’s witnessed how effective psychotherapy is in the treatment of mental illness, addiction, depression and self-destructive behaviors.

Epting also knows that at an average of $150 an hour, private counseling is out of reach for many. When it is affordable, it’s offered in a clinical setting beholden to Medicaid payments and insurance reimbursements. And it’s usually never enough.

“Working within the system, insurance or Medicaid can cut out right as someone’s about to make a breakthrough,” says Epting. “When your number of sessions are up, it’s over, even if you’re about to turn a corner.”

After years working in private practice and public health agencies, Epting’s frustration with America’s broken mental health system motivated her to found HUGS in 2009. Offering general counseling, substance abuse recovery and vocational training, HUGS charges just $15 per session for individuals and $20 for couples—and if that’s not affordable, payment is accepted in the form of volunteer hours.

Some choose to sign on for the Ready 2 Work program, exchanging each hour of therapy for an hour helping in the HUGS community garden or in the Southern Delights catering kitchen, where they can become SAFE certified. Others learn retail skills in the charmingly-curated on-site vintage thrift shop, 2 Bee Continued.

Staffed by 18 volunteer professional counselors, HUGS provides coping skills and support for its clientele. It’s also an opportunity for the therapists to practice without being encumbered by third party paperwork and other albatrosses of the current healthcare system. Some are retired but want to maintain their licenses, others have their Masters’ degrees and are working towards becoming fully licensed. All are drawn to HUGS because of the direct positive effects of their work.

“They know they can be a solution here,” explains Epting of her staff.

While the counselors respect psychiatric diagnoses and will advocate in medical and legal settings, they prefer to focus on the person, not the condition. HUGS refers to its clients as “participants” instead of “patients,” and Epting reiterates that she never wants to see another person reduced to a medical code.

“We try to stay away from labels,” she says with a nod. “This is for people who are struggling with life.”

HUGS takes what Epting calls a “holistic approach” to recovery and balance, addressing not only the mental and emotional needs of participants but also the physical ones, including appropriate nutrition and exercise. Yoga and mindfulness meditation classes are available for both clients and staff.

After operating out of the Savannah Baptist Center on Wheaton Street for six years, HUGS recently moved next door into its own home. Freshly-painted in a cheery green and furnished with donated chairs and tables, the 4000-square foot facility feels more like someone’s living room than a clinic. A wide hallway leads to private rooms filled with comfy couches and homey décor, and a grand space for yoga and group sessions holds an armoire filled with mats and pillows. Vintage kitchenware, antique linens and other curiosities are for sale in the thrift shop, 2 Bee Continued.

The computer lab buzzes with machines refurbished by Digital Doc’s Eric Sharpe, and a bright, clean playroom is the site of supervised childcare while parents participate in evening sessions. Gracing the walls are Robert Cooper’s engaging photographs of Wheaton Street and its people, part of a recent exhibition at the S.P.A.C.E. Gallery.

Caretaker William Benner is pleased with the new offices. A former HUGS participant, Benner now oversees maintenance for the organization, but years ago, untreated mental health problems forced him onto the street.

“I had a lot of rage issues, and I ended up in jail. And then I became homeless,” says Benner, who was living in one of the tent encampments around the city when he came to the Savannah Baptist Center for a meal and found HUGS. “Counseling helped me a lot.”

He found that his background in video production and tech support were of use in the in the computer lab and began volunteering. When HUGS expanded, he asked for a job.

“We couldn’t do without him now,” assures Epting.

Benner has his own room on site and gives his own guidance to participants as they prepare for the GED test and update their resumes.

“I don’t know if ‘role model’ is the right word,” muses Benner. “But I’d like inspire other people to get help. But you have to want to do the work.”

There is no shortage of those willing to commit to one of HUGS programs. Epting reports that the organization has already seen more participants in the first quarter of 2015 than in all of last year. and the biggest issue now is funding that growth.

“Studies show that mental health and addiction counseling has the most value in terms of positive outcome, yet it’s the most underfunded community service,” she says. “We’re bridging that gap, but it’s a lot bigger that we anticipated.”

Sixty percent of HUGS’ annual budget is met by the reduced payments of participants, and the rest comes from small grants and community donations. The organization takes no government funding or insurance money, and Epting proudly points out that by serving more than 1300 people on site and thousands more through partnerships with senior care facilities and Union Mission, HUGS saved taxpayers $3 million in Medicaid reimbursements last year.

The smallest source of funding comes from the local business community, and Epting hopes to engage more small businesses to sponsor HUGS programming in the next five years. The strategic plan calls for more childcare, a mobile kitchen and more ways to bring affordable counseling to the people who need it most.

“They told me it was impossible to do this without insurance reimbursements or government funding,” says Epting.

“Well, we’re doing it. But we can really use all the help from the community that we can get.” cs