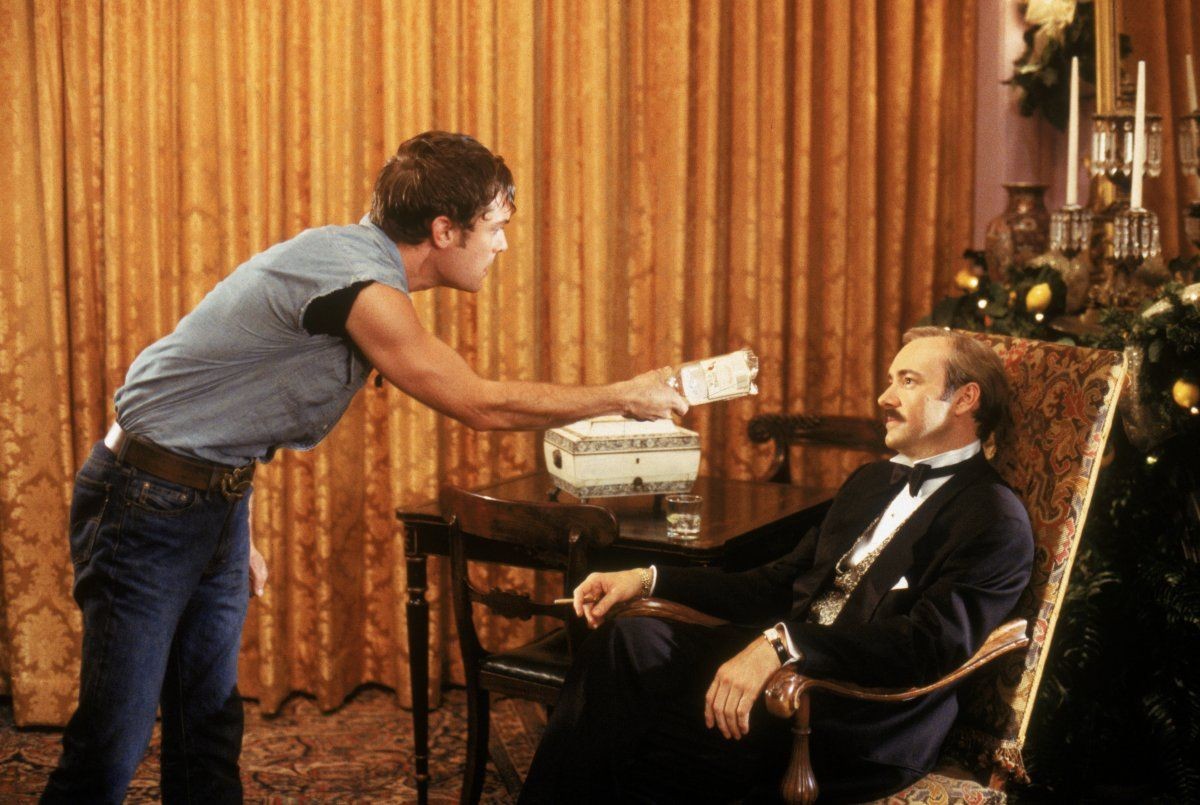 The Lucas will screen Midnight the same day as the big Lady Chablis Memorial Service, held at the Theatre earlier that afternoon

The Notebook — A poor yet passionate young man falls in love with a rich young woman, giving her a sense of freedom, but they are soon separated because of their social differences. $7 6 p.m. Mars Theatre, 109 S. Laurel Street.

Memorial Tribute to Gene Wilder — The PFS of SAV celebrates the life and career of this beloved star with a screening of one of his lesser known (but still wonderful) feature films. $8 8 p.m. sentientbean.com. The Sentient Bean, 13 East Park Ave.

Psychotronic Film Society: 40th Anniversary Screening of the Infamous Blaxploitation Gem BROTHERHOOD OF DEATH (1976, USA) We celebrate the 40th Anniversary of this twisted and at times very funny black exploitation flick that was made on a shoestring budget and shown at Drive-Ins and in Grindhouse Theaters back in the day. Sentient Bean

Willy Wonka and the Chocolate Factory — The Lucas Theatre is presenting this film to honor the memory of the late beloved actor Gene Wilder. $9 8 p.m. Lucas Theatre for the Arts, 32 Abercorn St.

In honor of Halloween, each Wednesday night in the month of October, PFS will screen a rare thriller or horror film from around the world. First up is this crazy rare slice of DIY cinema clearly based on the second EVIL DEAD film, and duplicates much of its plot. Sentient Bean 8pm / $7

The Magnificent Seven — A bandit terrorizes a small Mexican farming village each year. Several of the village elders send three of the farmers into the United States to search for gunmen to defend them.

Midnight in the Garden of Good and Evil — Lucas Theatre is presenting this film to honor the memory of the Grand Empress of Savannah, Lady Chablis. A memorial service from 4-6pm at the theatre the same day, followed by reception at Club One downtown. 8 p.m. Lucas Theatre for the Arts, 32 Abercorn St.

One of the coolest old B&W sci-fi/horror flicks ever made, this is a fast-paced tale of gigantic, building sized, moving pieces of crystal from outer space which threaten to destroy the USA. The Sentient Bean 8pm / $7

PFS "Forgotten Horrors Month" – THE PSYCHOPATH aka AN EYE FOR AN EYE (1973, USA) Dark, disturbing and freaky, this rare piece of low-budget Grindhouse sleaze has never been released anywhere in the world on DVD. Sentient Bean 8pm / $7

PFS: "Forgotten Horrors Month" – THE BLOOD ON SATAN’S CLAW (1971, U.K.) This little-known British chiller Horror thriller is set in 17th century England, and concerns the children of a village who are slowly converting into a coven of devil worshipers. The Sentient Bean 8pm / $7

PFS: Annual "Turkey for Turkey Day" Celebration – What Hilariously Inept Piece of Filmmaking Will We Show?

We won’t divulge what’s on tap for this year’s celebration, but if you enjoy laughing at bad movies, you’ll be in stitches. Sentient Bean