Arianne McGinnis and Elliot McGann of Hope Grows Farms are among the local farmers featured in "GROW!"

If sun–kissed cuties in overalls driving tractors through sun–dappled fields sounds like your kind of fantasy, this one’s for you.

A paean to those who make the sustainable food movement possible, the documentary GROW! profiles 20 young organic farmers throughout Georgia who have shouldered the challenges of working the land and growing food for their communities. The economic crash of small farming in the 80s may have driven an entire generation off the combines, but a fresh crop of college–educated twenty–somethings has reclaimed pre–industrial agronomy with calculated enthusiasm and earnest pragmatism.

“We really wanted to put a face on who’s growing our food,” explains filmmaker Christine Anthony, who shot GROW! between April and November of last year with her partner, Owen Masterson. “By focusing on the younger farmers, we wanted to raise awareness that a new generation is committed to the principles of local, organic agriculture.”

Though Anthony has a background in cooking (as well as a stint as a hippie chicken farmer in the early 80s), she and Masterson didn’t consider themselves “food activists” until they moved to Atlanta from Los Angeles to relocate their photography business in 2005. The access to organic produce and meats wasn’t nearly as easy as it was in L.A., and they began supporting as many small farmers’ markets as they could around the city. They connected with Georgia Organics, volunteering to take photos of farmers for the non–profit to use on their website and materials.

The photographers decided to “make the pictures move” with a short promotional video for Georgia Organics in 2008, which became the inspiration for GROW!, their first film.

Foodies have long found celebrities in chefs who embrace cooking with whole ingredients, but little attention has been paid to the people planting the seeds and raising the chickens. After befriending some of the young personalities on their weekly forays to market, Anthony and Masterson found that along with pluck and a whole lot of knowledge about soil pH, it takes tremendous confidence and ambition to make a go of organic farming.

“We see the chefs on TV, but what about the people who grew that food?” asks Masterson. “It’s time for the farmers to be the rock stars.”

The pair traveled around the state, interviewing their subjects on the joys and hardships that take place in between the first sprouts of spring and the fall harvests. They walked through their fields and sat at their kitchen tables, often sharing in meals consisting of the day’s bounty. They asked tough questions, pressing past the youthful idealism to reveal the realities of floods, bugs and finances and captured the honest answers on film.

“We’d already developed relationships with these farmers, so the level of trust was built in,” says Masterson.

Like farming, filmmaking is also a tenuous process subject to unforeseen complications. The project almost withered off the vine after funding ran out in August 2010, just when the farmers’ growing season was reaching full fruition. A Kickstarter campaign and donations from Whole Foods and the Savannah–based Coastal Organic Growers Association brought it back to life, allowing Anthony and Masterson to see their filming through the last of the harvest.

“Even when the budget was on the verge of collapse, we always ate well,” laughs Anthony.

The subject matter is resonating with audiences. The film won Best American Documentary at the Rome Film Festival (that’s Rome, Georgia, not Italy) earlier this year as well as the Audience Choice prize at DocuFest Atlanta.

The documentary has healthy local connections: Featured prominently are Arianne McGinnis and Elliot McGann of Hope Grows Farms, a solid Saturday presence at the Forsyth Farmers Market with organic eggs, poultry and produce grown on their land outside Sylania. Also profiled are Caroline and Reid Archer, who oversee the organic farming program and market at the Bestheseda Home for Boys near Skidaway Island. All will be present at the film’s first screening, Oct. 30 at 9:30 a.m.

While some work tracts bequeathed to them by their families or have been able to purchase their plots, the majority of the young farmers profiled in GROW! are leasing, managing or borrowing their land, supporting themselves on the sales of their harvest. Some have business relationships with landowners who provide the use of acreage and equipment in exchange for small fees and the knowledge that they’re supporting a sustainable form of agriculture.

“There are plenty of landowners all over the country who would like to turn over production to young farmers who are stewarding the land in a responsible, careful way, rather than see it do nothing,” Anthony says.

The film touches on organic farming as a form of activism that aims to shift government and corporate farm alliances into a food system based on smaller–scale production and distribution, though the work of young farmers has a more practical application: According to Georgia Organics, the average age of a farmer in this state is 57, which could mean a shortage of locally–grown produce and meat unless more young people take up ploughs and work gloves rather than seek jobs behind desks.

“We’re hoping the film will inspire more kids to consider farming as a viable career choice,” says Anthony.
If it comes with rock star treatment, it surely will. 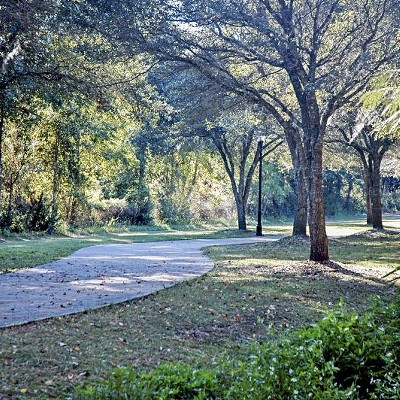 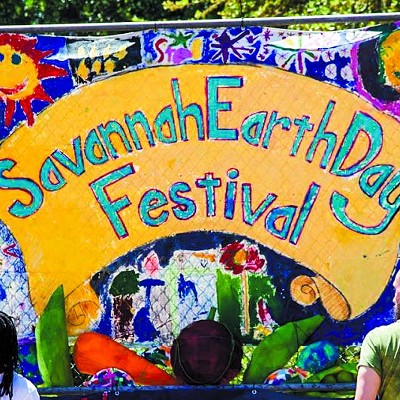