VEGETABLE forward with meat options—surely a first for Savannah, to say the least. Not only a first, but a first in all of the right ways.

Natalie Freihon and Phil Winser are part of the team that runs a very successful restaurant in New York City, The Fat Radish. The idea is simple: seasonal locally sourced ingredients presented in a simple yet masterful way.

The next step for the Fat Radish came naturally by expanding to serve as the managing partners at Basic Kitchen in Charleston, S.C. There, Executive Chef Nick Wilber joined the team and they branched yet again to our changing town to bring even more innovation. 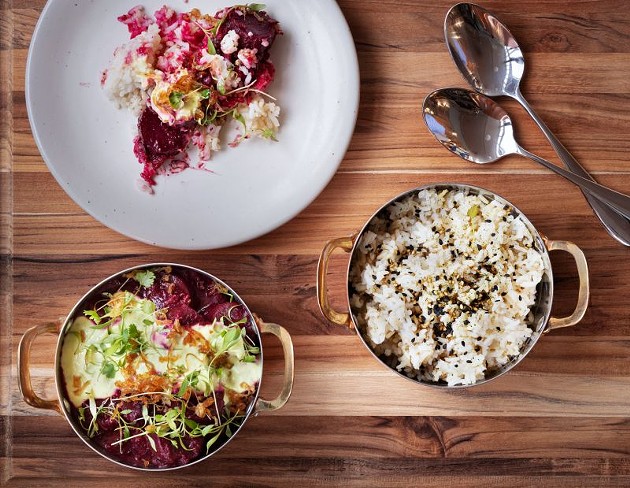 Savannah’s The Fat Radish opened last week and brought with it a noteworthy buzz and beautiful food.

I sat down with Freihon while the restaurant was still a construction zone to learn about the team’s vision and their story.

Freihon, a Los Angeles native and New York local, informed me, “New York is a very tough market as everyone knows. However, what I found is that by moving down south and starting to work in Charleston, that there is a real opportunity to be on the ground when it comes to developing the hospitality community.”

Since the team looked towards Charleston and began operating a second restaurant there, I asked Freihon why they branched towards Savannah, a sister city that is further south and less developed.

To say the least, the food at The Fat Radish is inspired. Inspired by the South, the British roots of Winser, the farmers who provide the produce, the community of Savannah, and by the people and chefs who run the restaurant.

We have seen it time and time again here—Southern food served as a revamped version of the old, tired Southern fare. The difference in The Fat Radish is that while presenting food that nods to the South, the restaurant pays respect to the ingredients and where those ingredients came from. This isn’t your grandma’s Sunday supper.

“We don’t like to be overly fussy with our food,” Freihon elaborates, “We try to keep less than five ingredients on the plate. If you are getting great ingredients, you really don’t need to fuss over them.” 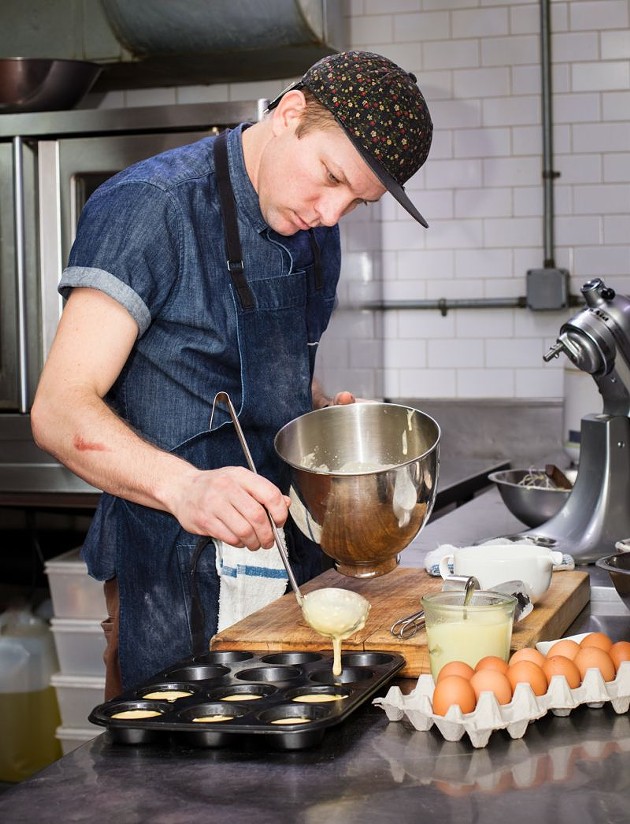 And although the primary focus of The Fat Radish is to bring sustainable farm fresh food to the locals and tourists of downtown, just as much mindfulness is put into their meat options.

I want to talk about the most memorable vegetable dish (at least as it was super memorable for me). The reason is simple: I can’t think of a time that I have eaten a carrot and thought that I really loved it; I probably withstood it at best.

The true test of good food is whether or not you want to eat it again and again, and these carrots I could eat for eternity.

The sweet root vegetable is cooked to absolute tenderness. Pungent goat cheese goes hand in hand with sugary vegetable, and benne seeds are added for crunch.

As a local, I have eaten more fried oysters than anyone should within their lifetime. You can find them almost anywhere in town, the good, the bad, and the greasy.

A simple dish in theory, but when done right, fried oysters can be one of the most sumptuous parts of any meal. Yet, all too often the delicate meat is over battered and over fried.

The Fat Radish’s oysters are so delicate they almost disappear as you eat them. Other than with a deft hand and expert precision, I’m not sure how The Fat Radish pulls off a fried oyster that melts like butter once you place it on your tongue. You will find a light cucumber salad and creme fraiche paired with the mollusks.

The Scotch Egg puts every legitimate Irish pub in town to shame. It is a staple dish that has been on the menu since the beginning, which means you can find it on the menu in New York.

Generously wrapped in sausage, the center features a sumptuous soft boiled egg. The sausage is coated in breadcrumbs before receiving a hard cook.

The cornichon, a small tart French pickle, is something I would never think to add to a scotch egg, but I will now never eat a scotch egg without one. The tiny little sour vegetable cuts through any heaviness that you would find from an egg covered in sausage.

I saved the absolute best dish to talk about last. The Pastrami Brined Chicken Schnitzel. It puts our Southern fried chicken to shame.

By first brining the chicken, the end result is a tender and moist white meat that could make you pass on even the best cooked steak. The schnitzel batter is light yet crisp, while the pickled vegetables served with the bird is the perfect counterpart to the bone sticking meat.

I did not forget to ask (and sample) the cocktails—one of the more important menu items for  locals. Freihon, the creator behind it, tells me, “We are doing a cocktail program that is very similar to New York. It represents the same ethos that our food menu represents in that we try to make them simple, delicious, and fun, use local ingredients that we source locally and we try to make it low waste.”

The team wants to bring change to Savannah, and in their few short weeks of operation have already implemented more than this town has seen in a long time.

I look forward to seeing what The Fat Radish brings to our community and how it will also inspire others within the neighborhood. 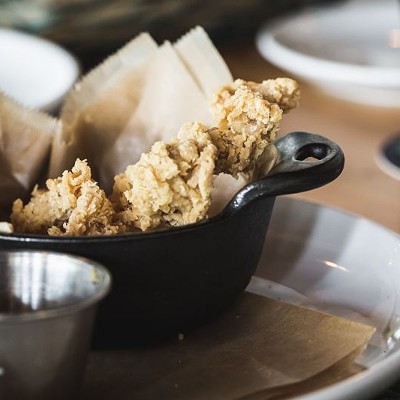