Feeling the theater? Check out this week’s round-up

Death of a Salesman 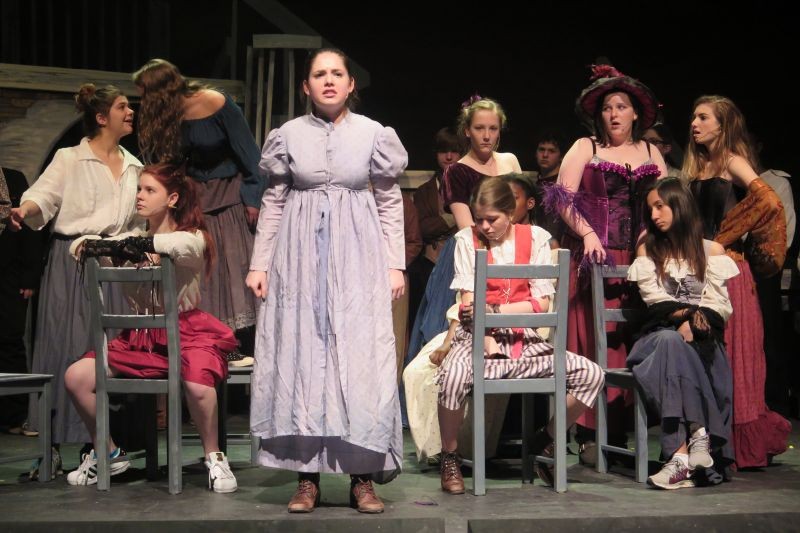 FROM SATIRE to song, Savannah’s stage mavens have a diverse itinerary for Lowcountry theater fans this weekend.

All of the glory, pathos and songs of the epic musical come in a school-friendly format from the students of the SCDS Drama Department. The abridged script is directed by DJ Queenan and features soaring renditions of “I Dreamed A Dream,” “The People’s Song,” and “At The Barricade” by the Country Day Chorus, while seniors Marcus Hardrick and Andy Paul carry the tragic story of ex-convict Jean Valjean and his indomitable nemesis Inspector Javert.

The Dept. of Art, Music & Theatre Audience sends up Southern wedding culture with Randall David Cook’s wickedly funny murder satire. Daniel Zuzalek leads a talented cast of five women in a comedy that goes whole-hog for laughs. It’s all in good fun, dahlin’, though discretion is advised for language and content.

Everyone’s favorite singing nanny touches down with the SCPS Fine Arts Council. The heartwarming tale of a disengaged family reunited by a bit of magic and a spoonful of sugar rings as delightfully as ever, infused with the charms and talent of 74 students SCPS students, from third to 12th grade. The choreography, harmonies and sets promise a performance that’s bound to be “practically perfect in every way.”

It’s the comic opera that rocketed Gilbert and Sullivan to fame in 1878, and H.M.S. Pinafore continues to elicit giggles and toe-tapping from audiences in the 21st century. Savannah’s only church to bring Broadway to the sanctuary, Asbury Memorial brings its reverence for musical theater to all audiences. On board is a cast of talented locals directed by Rev. Billy Hester, who once starred in a production of Pinafore at the Light Opera of Manhattan.

Death of a Salesman

Willy Loman has been searching for the American Dream for long time, but director David I.L. Poole and the rest of the ensemble bring a fresh perspective and their signature thoughtfulness to this required reading. A hard stare at American ideals, corporate culture, and the psyche, Arthur Miller’s award-winning classic remains as relevant today as it did when it debuted in 1949.