Most people mark a 25th anniversary with a gift of silver jewelry. To mark its 25th annual event in person from October 22-29, the SCAD Savannah Film Festival is going to fill its silver screens once again with a variety of new gems, including many movies hoping to vie for Oscar gold.

The film festival is the largest university-run one of its kind in the country honors both professional and student filmmakers, and many of this year’s famous guests will receive prizes for their work, including Jonathan Majors for “Devotion” and Nicholas Hoult for “The Menu.” Both films were shot in Savannah.

Also, Miles Teller, the recipient of the 2016 Vanguard Award, will return to town to conduct a conversation following an Oct. 25 presentation of “Top Gun: Maverick,” the biggest hit of this summer. Jenna Ortega, the star of “Scream” and the upcoming Netflix series “Wednesday,” will receive the Breakthrough Award on Oct. 23, following a screening of the horror film “X.” Politician Gabby Giffords will also be on hand with filmmakers Julie Cohen and Betsy West after the screening of their documentary.

In addition to the gala screenings, the festival has partnered with Entertainment Weekly and Variety, among others, to present a series of panel discussions, including the Breaking Big Panel and Awards, the Variety 10 Artisans to Watch, the Wonder Women series highlighting female filmmakers, the Below the Line series which will focus on costume and production design and the SCAD Alumni panel, featuring graduates from the school’s film and television programs.

Among the notable films coming to the SCAD Savannah Film Fest screens:

Glass Onion: A Knives Out Mystery

Early critical buzz says that “Glass Onion” is a worthy follow-up to “Knives Out,” and Craig was terrific fun to watch as Blanc the first time. Not much is known about the plot to “Glass Onion,” not even the murder victim or victims, so this Southeast premiere will be an in-demand screening.

Monáe, an eight-time Grammy-nominated musician and notable actress whose past films include “Moonlight” and “Hidden Figures,” will receive the Spotlight Award and participate in a Q&A after the film.

The Banshees of Inisherin

Writer-director Martin McDonagh follows up “Three Billboards Outside Ebbing, Missouri” with this film about a suddenly broken friendship between two lifelong friends, played by Colin Farrell and Brendan Gleeson. The actors also appeared in McDonagh’s “In Bruges,” an excellent film about two hitmen on vacation.

In “Banshees,” Irish islander Colm (Gleeson) decides to break ties with his best pal Padraic (Farrell) without providing any reason, leaving Padraic befuddled as to what he might have done to cause the problem. His sister Siobhan (Kerry Condon) and another local Dominic (Barry Keoghan) try to fix the friendship, for Padraic is simple and confused. Yet Colm issues a violent ultimatum to Padraic, leading to surprising consequences for all involved.

Condon will be on hand after the Opening Night Gala Screening to receive the Distinguished Performance Award.

Eddie Redmayne stars as the mysterious Charlie, a nurse who helps his co-worker Amy cope with a series of tough times. However, Amy begins to doubt Charlie after a series of strange deaths at the hospital.

Redmayne will receive the Virtuoso Award after the screening.

Oscar-winning director Ron Howard presents this story, based upon the real-life rescue of a Thai soccer team that became trapped in a cave after a sudden rainstorm. The world’s most skilled divers gathered alongside Thai forces and 10,000 volunteers to complete the impossible rescue.

Howard will receive the Lifetime Achievement for Directing Award following the screening, also participating in an In Conversation event.

Director Darren Aronofsky (“Black Swan”) has already generated Oscar buzz for star Brendan Fraser with this film, based upon a Samuel D. Hunter play. In “The Whale,” Fraser stars as a severely obese, gay teacher who lives as a recluse. As his health continues to decline, he reaches out to his estranged daughter, played by “Stranger Things” star Sadie Sink, to try and salvage their relationship.

Sink will participate in a Q&A after the screening and receive the Rising Star Award.

This dark comedy thriller from director Mark Mylod, filmed in Savannah, stars Ralph Fiennes as an incredibly eccentric chef, who plans an exclusive dining event for rich guests, played by Anya Taylor-Joy, Nicholas Hoult, Hong Chau, John Leguizamo and Janet McTeer among others, at his restaurant on a secluded isle.

To the gathered diners, though, it soon becomes apparent that something sinister is going on with this meal.

Hoult will be presented with the Vanguard Award after this screening.

Director Park Chan-wook, who made the masterpiece “Oldboy,” returns with “Decision to Leave,” which won him Best Director at this year’s Cannes Film Festival.

The film explores a businessman’s mysterious death as a detective tries to determine the cause. The body fell off a mountain, yet was it suicide, an accident or something else?

Director Sarah Polley assembled a large cast to tell this story of a Mennonite community whose women must find a way to cope with a series of sexual assaults committed by the townsmen.

After the screening, a Q&A will be held with actors Judith Ivey, Sheila McCarthy and Michelle McLeod.

Majors and director JD Dillard will both receive awards and participate in a talkback after the film.

Director Elegance Bratton made this film, based upon his own life story as a gay, Black and homeless man who enlists in the Marines when he has few options for survival. The film stars Jeremy Pope, Gabrielle Union, Raul Castillo and Bokeem Woodbine.

Pope will receive the Distinguished Performance Award after the screening.

Bill Nighy stars in this reimagining of Akira Kurosawa’s “Ikiru” from director Oliver Hermanus, which is the Closing Night Gala Screening. Nighy plays Mr. Williams, a man who re-examines his life after years of oppressive office routine. He takes stock of his dull situation and decides to find fulfillment before opportunity passes him by.

Georgia actress Danielle Deadwyler has received significant praise and Oscar buzz for her portrayal of civil rights activist Mamie Till Mobley, who fought for justice after her 14-year-old  son Emmett Till was brutally murdered by racists while visiting family in Mississippi in 1955.

The film, directed by Chinonye Chukwu, has received rave reviews, as well, though many will find the subject matter difficult. Nonetheless, Mobley fought to show what was done to her son, which caused an impact upon American society that continues to ripple today.

Jalyn Hall, who plays Emmett, will receive the Socially Conscious Cinema Award and participate in a Q&A after the film.

Baker will receive the Discovery Award after the screening.

Other notable films include “She Said,” “Empire of Light,” “Turning Red,” “Armageddon Time,” and “Wendell and Wild,” a stop-motion animation film from director Henry Selick, who will be in attendance.

As a child growing up in the South with cerebral palsy, Benji Carr developed an eye for the bizarre and quirky, which provided all of the stories he told his friends and family with a bit of flavor. Working as a journalist, storyteller and playwright, his work – whether the stories be personal tales of struggle...
Read More about Benjamin Carr 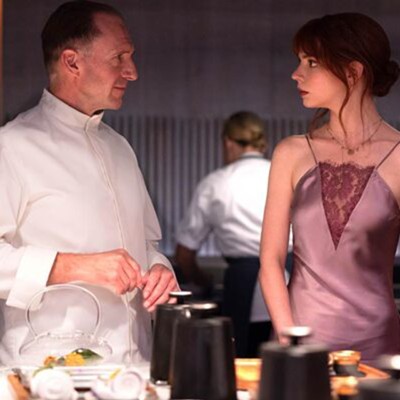