Find Your Yellow Tux: How to Be Successful in Standing Out is available on Amazon. 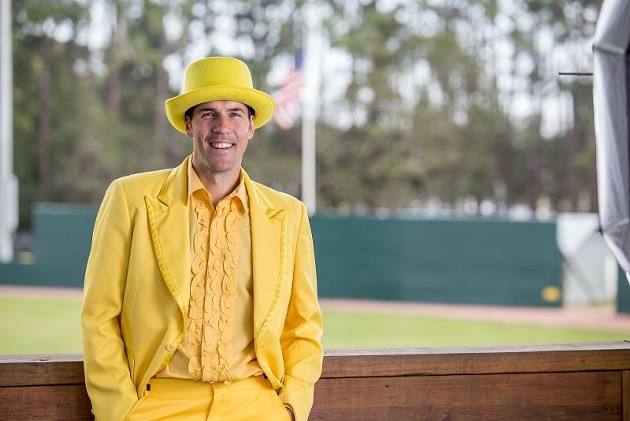 MOST OF SAVANNAH knows Jesse Cole best from his role at Savannah Banana games, as the Man in the Yellow Tux.

Exhorting the sellout crowd, tossing out free T-shirts, posing for selfies with fans — the fellow in yellow from tophat to shoes is unquestioned Master of Ceremonies of his own banana republic.

Jesse Cole is also — and fewer people realize this — the owner of The Savannah Bananas, through his company Fans First Entertainment. 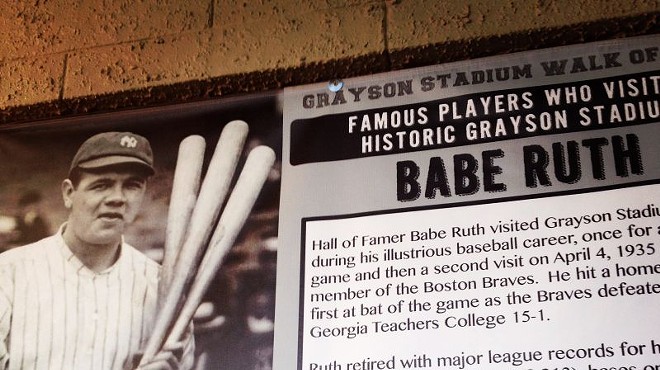 Editor's Note: The a-peeling wisdom of the Savannah Bananas

Savannah’s yellow fever is one of the great local success stories. The college summer league team sells out nearly all their home games at historic Grayson Stadium.

They won the Coastal Plain League championship their inaugural season, made the playoffs this past 2017 season, and move more bunches of merch than the Tally Man can tally. There’s always money in the Banana Stand!

(The Bananas lost to the Gastonia Grizzlies, which happens to be the other CPL team Cole owns — a literal win-win situation for the young entrepreneur.)

The proof is in the banana pudding. But the ripe secret to Cole’s fruitful success isn’t so much a business philosophy as it is a coherent framework for success in most all phases of life.

Cole is going bananas spreading the gospel of his successful personal and business strategy in his new book, Find Your Yellow Tux: How to Be Successful in Standing Out.

Not your typical motivational tome, Cole’s book contains a lot of counterintuitive advice that at first might seem to give you the slip.

Whatever’s normal, Cole says, the Savannah Bananas do the exact opposite.

The book is in three main sections: How to “yellow tux” yourself, your business, and your legacy.

While many observers chalk up the Bananas’ a-peel to mere marketing prowess, Cole says that isn’t quite right.

“We realized you need to create attention. And attention beats marketing 1000 percent of the time. We’ve learned that first hand,” Cole says. “We’re in the entertainment business. Before doing anything we always ask, is this entertaining, fun and different?”

But what does all this have to do with winning baseball games?

Cole is quick with the answer.

“Our team wins because so many people come to cheer them on. We have a real home field advantage because the team is so popular here,” Cole says.

“Most teams focus on baseball: How can we play better? But that’s not different. That’s not the ‘only.’” 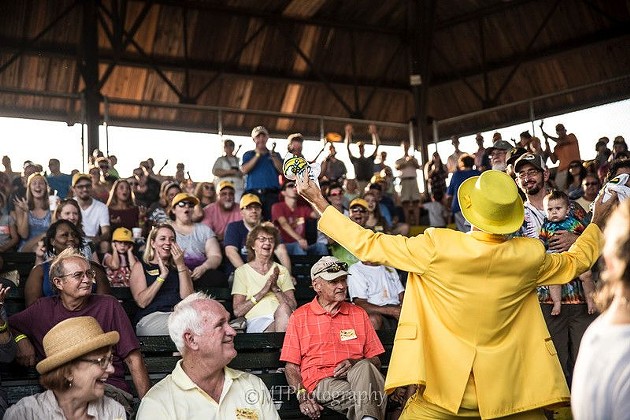 Cole with the crowd at Grayson Stadium

Cole regularly gives motivational speeches to corporations and organizations, a sideline which in part motivated him to write the book.

“I give talks to regular, generic companies, trying to get them to stop competing on price and deal. When you’re the ‘only,’ you don’t have to compete,” he says.

The story of how the Savannah Bananas came to be is inspirational enough, and could be the subject of its own book.

Jesse proposed to his wife Emily in 2014 at a sold-out Grizzlies game in Gastonia, N.C., outside of Charlotte.

Emily then surprised Jesse with a celebratory trip to Savannah, which included taking in a Sand Gnats game.

“The first night here, she said to me, ‘we’re going to a ballgame,’” recalls Cole.

“I literally stood outside staring at Grayston Stadium thinking, this is epic. This is majestic. This stadium’s big, it’s exciting. I felt connected to it. You could tell its character,” he says.

Coming from a much smaller old ballpark in Gastonia, Cole says, “our perspective was at much lower level. We thought Grayson was the most magical stadium.”

With the minor league Sand Gnats in the process of relocating to Columbia, S.C., the opportunity for a new local ball club was born. But it was no easy task.

The Coles had to go all in, selling their house in Charlotte and emptying their savings to fund the team organization.

At one point about six months before the inaugural 2016 season was scheduled to begin, Cole and a few employees found themselves working out of an old storage area in the stadium, with no internet and no phone line.

“We were working in the Sand Gnats storage area on a picnic table. We had to use our cellphones for everything,” Cole recalls. “We kept calling people in the community about how we were going to make it fun. Nobody cared — it was crickets. We did ads, nobody cared.”

The turning point came with the announcement of the team name itself. Love it or hate it, didn’t matter. 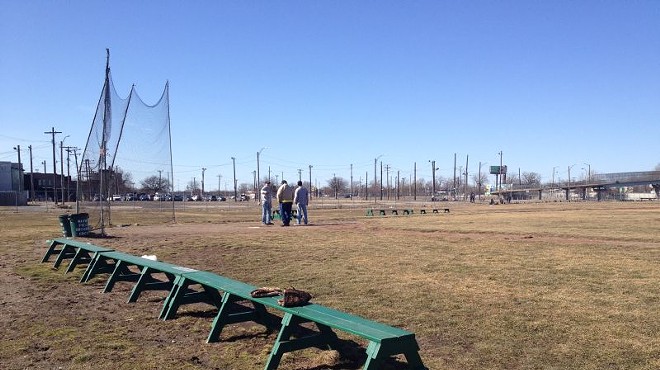 What mattered was that suddenly everyone in town was talking about the same thing: the Savannah Bananas.

“We created attention with the name. When the name came out, that’s when everything changed. It was part of a strategy. We knew once we had the name, people will talk about it," Cole says.

Not content to rest on their banana leaves, the team organization is devoted to doing everything it can to ramp up the “only” factor.

“Now, every few months we do something completely unique,” Cole says, like the trash-talk “rivalry” with new CPL team Macon Bacon, and like offering President Obama an internship via web video.

I ask Cole what it must be like to be a fruitfly on the wall listening to their brainstorming sessions.

“We challenge our staff. Every month we have an ‘Ideapalooza’ where we get together and share ideas,” Cole says.

“We teach them to ask, What do people normally do? And go the opposite. That’s what creates the story. We want them to think like a reporter. To ask, why would anybody want to talk about this?”

In the second year alone, Fans First added a 30-piece pep band, the Banana Baby, a literal Batboy, and the viral sensation of break-dancing first base coach Darius Johnson.

“This year we’ll be thinking about what’s even more over the top,” promises Cole. “We have to think even bigger.” 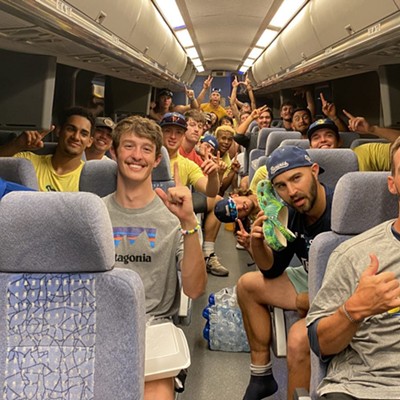