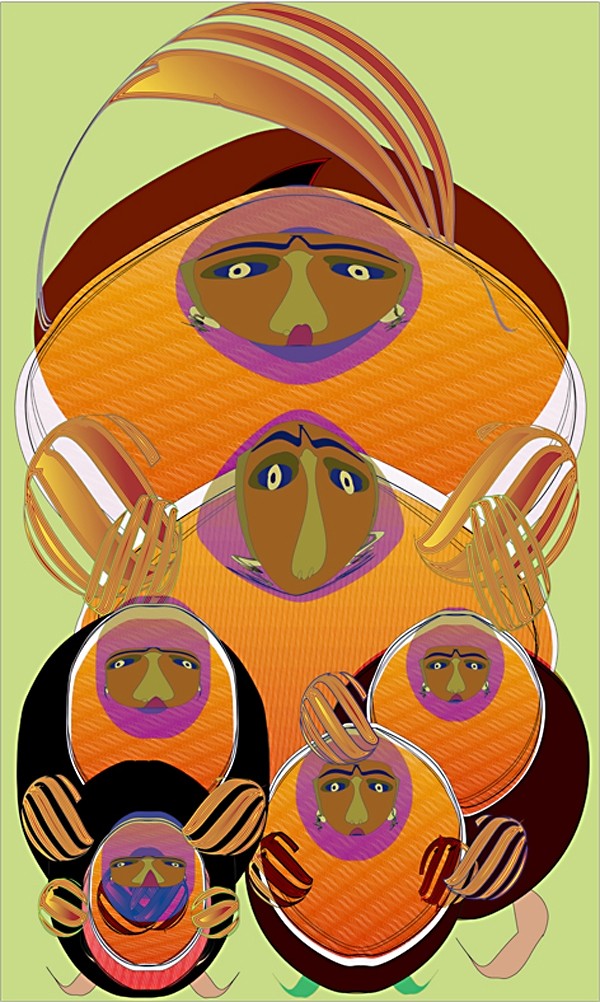 HUMAN EXPERIENCE dictates that at some sad moment we unwittingly acquire the knowledge that while we may all be created equal, we are not always treated equally. Humans dig a rocky divide between each other, a gap defined by race, religion, gender, or class.

Clara Agüero Ortiz was confronted with this reality upon arriving in the U.S. 40 years ago from Colombia.

"I saw the contrasting difference between black and white," says Agüero.

This was a deeply upsetting revelation.

"I used to say 'uh-uh, we [Colombians] are not that racist.' But looking back, my culture is very, very racist. But it's different. I didn't realize it," she says shaking her head.

The classist hierarchy in Colombia lacks visibility because it lacks voice.

"Here the African Americans have fought for their rights. Over there, still people don't understand you need to fight for the rights," Agüero says.

Ordinary African Americans, like Savannah-based artist John Mitchell, fueled the Civil Rights movement in the 1960s, activating change by speaking up and sitting in.

"I don't want to say this but, I'm a part of history," admits the charmingly humble Mitchell.

While reluctant to vocalize his historical contributions, Mitchell has expressed it in his visual art.

On view through April 30 at the Beach Institute are works by Mitchell and Agüero, curated by Dr. Ja A. Jahannes.

Mitchell presents a range of works from 3-dimensional mixed media pieces, to collages and paintings of jazz greats.

In his work, Mitchell creates his own visual language dealing in symbols and memories. Raw, intimate yet universal—it's a storytelling language. 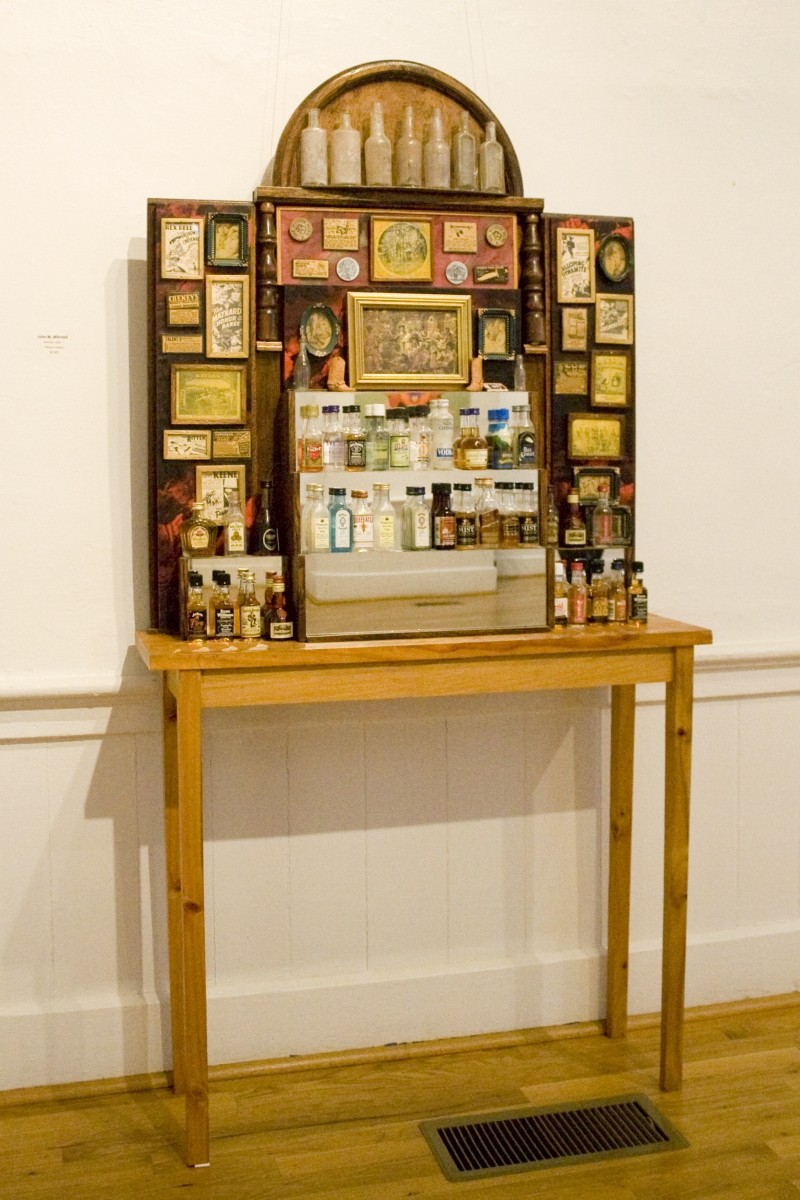 The bedrock is the shotgun house.

He grew up in a shotgun house in Smithfield, North Carolina.

"I discovered that I lived in this house all these years not knowing that there was a history to it and it goes beyond America. It goes all the way back to Africa. So in a way it's like finding your cultural genealogy," says Mitchell.

This encouraged his use of the vernacular architecture.

"I made a house and it became like an altar," says Mitchell.

The altars create space for stories to be told, memories stored, and truths tucked.

He calls the symbolic objects he integrates into the structures icons.

"I mix all this stuff together and make it a common whole. And it becomes all about us," Mitchell says.

The icons are items like conch shells, computer parts, skeleton keys, or stamps bearing Thurgood Marshall's likeness. The altars are plastered in yellowing newspaper, both placing and dislodging them from time.

While there is romantic warmth to the works, they are also dusty and dark, tackling tough events, current and historical.

Throughout the '60s Mitchell was on the front lines of the civil rights movement—participating in the first student sit-ins, witnessing Malcolm X speak, actively involving himself in integration of the South as a black public school art teacher traveling to rural white schools.

"I do put a lot of history into the work. My history. That's what its all about," Mitchell says.

While Mitchell constructs monuments to history, Agüero weaves an imaginative world celebrating human difference in vibrant color and form. Her series Family explores the diversity and complexity of familial models.

"The family can be a father and son, or it can be a couple taking care of a child they adopted, or a same sex couple raising a child. I mean the families are so diverse. The idea was that we all have to respect the family units regardless," Agüero says.

"I developed a sense of color from my culture. Colombia is very rich in arts and crafts. They do exceptional work with looms and with textiles and mix the color so wonderfully. All the things that stay in your mind," Agüero says.

Agüero began creating digital paintings and printing them on canvas a decade ago.

"I had to take care of my mother—Alzheimer's. I had to stay with her so I found something for me to do," she says.

She begins by freely exploring shapes and color without intent. Her rhythmic, geometric imagery evolves organically from her compositional play, yet conceptual threads run throughout.

"Mostly my work is about equality, cultural differences, accepting each other and having respect for the differences. We're all human. We've got to respect each other," Agüero says passionately.

She concedes the odds seem grim sometimes, but she is hopeful. As someone who champions equality with a parade of colors, shapes, and patterns, she must be.

"Maybe in the future," she says earnestly, "Wouldn't it be nice?" cs