Five years of riding for Matt, and for safety

Registration required to participate. Tickets are $25 at https://www.eventbrite.com/e/fifth-annual-matts-moon-river-cruise-tickets-34071769580

The Matt's Moon River Cruise party at Moon River (starting at 1 p.m.) features music, a raffle, a beer brewed in Matt's honor, a tasting of local beers and valet parking for bicycles. 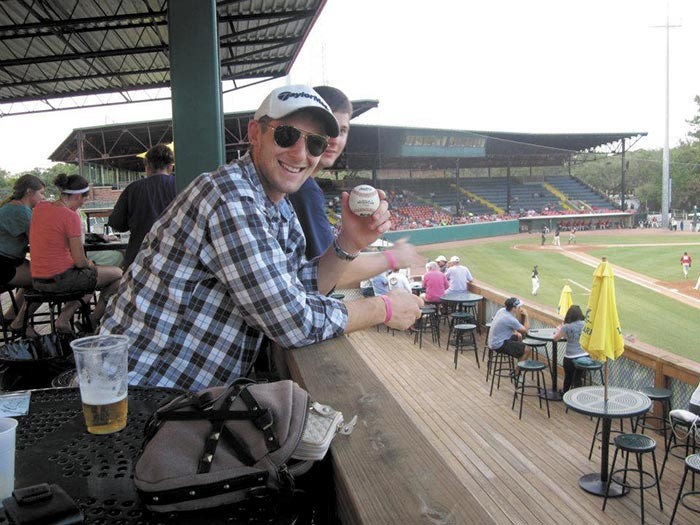 FIVE years ago, 22-year-old Matthew Kohler was killed when a vehicle ran him down from behind in July 2012, as he was riding on Highway 80 in Bloomingdale.

The avid bicyclist had just been married two months before.

Since then, Matt’s family and friends, along with the local cycling community, have celebrated his life—and raised awareness of bicycle safety—with Matt’s Moon River Cruise, a chance to ride with fellow bicyclists and enjoy libations from Moon River Brewing.

This year, not only is there an added component to the event in the form of two long distance rides for those interested. They will also commemorate the names of those killed in bicycle collisions in Georgia since Matt’s death.

“We started this event to honor Matt and his memory, but sadly he’s not the last person to be hit—or killed—while riding a bike. We wanted to find a way to honor them as well,” says Caila Brown, board chair of the Savannah Bicycle Campaign.

Debbie Kohler is Matt’s mother, the driving force behind the Moon River Cruise and the one compiling the list.

The list she worked on includes the names of all those from all around the state who have died in bike/car collisions since July 26, 2012.

“77 people in Georgia have been killed on their bicycles by cars since Matt died. In the vast majority of those deaths, the bicyclist isn’t at fault,” says Debbie. “That averages to about 15 a year—that’s a lot.”

The addition of the 40- and 29-mile rides, says Brown, are a direct reflection of two recent deaths in Savannah.

“The losses of Judy Grossman and Deborah Wilkowski while on long-distance rides hit close to home, and reminded us of why we started this event,” she says.

Grossman, in fact, was literally in the closing yards of a bike ride across the entire state of Georgia when she was hit and killed by a truck on Bay Street.

Also, Kohler says, the Cruise wanted to offer a more intensive ride for those who have expressed previous interest.

The main focus of the Cruise, however, is raising awareness of the need for more bicycle safety.

“To me, going with the Complete Streets concept is key. We need a change in infrastructure so that bicycle use is respected and bicyclists have a better portion of the road,” says Debbie.

The Savannah Bicycle Campaign, Brown says, is particularly focusing on spreading the word about Georgia’s 3-Feet-To-Pass law regarding bikes.

“ It’s a simple concept that exponentially increases the safety of bicyclists, but still seems to elude most drivers. When driving behind or overtaking a person on a bike, give them a minimum of a 3-ft buffer. If you can’t—then don’t pass them,” she says.

Brown says she was recently “buzzed” while on a training ride.

“It’s just so frustrating and infuriating when drivers are so impatient to get to their destination that they’re willing to put your life on the line,” she says.

“While these behaviors are dangerous to those in a 4-wheeled vehicle, they’re downright disastrous to people on two wheels,” Brown says.

The event will also celebrate successes and hard-won victories.

“In 2015 the City of Savannah adopted a Complete Streets ordinance, and we’re currently working with city staff to create implementable designs for major East/West and North/South corridors,” says Brown.

“We’re anxiously awaiting the groundbreaking of the Truman Linear Park Trail in early 2018, and we’re excited for the possibility of more trail connections around the city.”

Debbie Kohler stresses that one of the simplest and most effective things automobile drivers can do is to use basic empathy.

“Think how you would feel if you hit and killed someone on a bike. You have to live with that for the rest of your life,” she says.

“And think if that person riding the bike is your child, or your spouse, or a family member. Would you still be so impatient about trying to pass them?”