For more, visit The Culturist Union at theculturistunion.com.

The protests currently happening across America are in response to the on-camera murder of George Floyd, but they’re about so much more than that.

Racial injustice is a problem we can’t seem to solve, and we’ve collectively had enough.

It’s beyond time to begin amplifying the voices of black and brown people.

I’ve realized this is a blind spot I have in my own coverage of our city’s art scene. Before coronavirus, when we actually had art shows in person, I’d feature an artist who had a new exhibition out, or an artist who was doing a project, or a new gallery owner.

Now, that’s not an inherently wrong approach, particularly for an events-based paper. But, as we’ve written numerous times over these past few months, the absence of events invites a different kind of coverage, one that doesn’t hinge on physical events happening. The time is now for a more thoughtful choice of our editorial coverage—and a reckoning with our own blind spots.

I had a realization early last week that I’m not doing enough to consciously amplify black and brown voices. I typically cover the artists and exhibitions that I know about, and that is a dangerous position to be in.

In a town—and an art scene—that is largely about who you know, an outsider can often feel like they can’t break into the inner circle. At the same time, artists who are savvy at marketing themselves are getting most of the attention and showing their work a lot more.

That’s not to imply that any of the artists in this town are not worthy of shows, because I don’t believe that in the least. But it bears mentioning that artists are often taught marketing in art school, and not every artist here went to an art school.

Elbi Elm, founder of The Culturist Union, shares my concern with artists’ marketing.

“That’s the thing I want: to emphasize the other voices,” says Elm. “There are so many local artists here that are amazing, and nobody is looking at them. You’re not making any noise! No one knows that you’re doing it; we can’t read your mind. We don’t know you’re working on a new project.”

As a solution, Elm seeks to help artists develop a marketing strategy that will help them get themselves out there.

“The best way we help creatives and artists is to give them the other side, the business side they need,” she says. “We have so many talented people, but they don’t know how to market themselves—they don’t know how to brand themselves, create a schedule, get out of their own heads. What we want to do, and what we have done, is strategy consultations with artists and creators. We sit down and have then purge and tell us everything that they want in this life, and we map it out for them.”

The Culturist Union is something Elm has wanted to exist for a long time.

“I’ve always wanted to create some sort of gathering spot where people can get together and network and collab and create community and do all the things and be all the things,” she says excitedly.

Then Elm found herself in Minnesota for a fellowship and discovered The Coven Minneapolis, a coworking space that centers women, non-binary and trans people. The lightbulb went off in her mind.

“I loved Savannah and I loved coming to visit,” she says, “but I didn’t feel like I had a home, so I wanted to create what I was missing.”

Elm had previously attended SCAD for performing arts, but she quickly found herself wanting more representation. 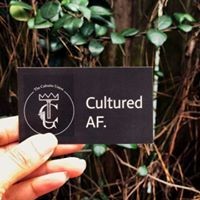 “I got tired of Savannah and seeing maybe one or two black people in my classrooms. I didn’t feel like I was relating to anyone,” she shares. “It’s like I wasn’t getting the same effort or care into my post-graduate career that I was seeing other people get.”

At the suggestion of a professor, Elm applied and got into Howard University in Washington, D.C., one of the premier HBCUs in the country.

“Howard is the mecca,” Elm raves. “I don’t think that I would’ve had the opportunity that I had without Howard.”

Representation matters, and Elm’s experience at Howard prepared her to take the next step with The Culturist Union, which she began upon moving back to Savannah in May 2019.

Now, The Culturist Union is a community that centers black people and what they need. Elm learned what her community wanted after having several events.

“People started telling me what they need—‘I’m having trouble starting a business,’ or ‘I’m having a confidence problem,’” says Elm. “I decided to create events from what people were telling me that they needed.”

One of those events is the Black Millennial Roundtable Discussion, an event on June 19 that brings together a variety of perspectives.

“We’re going to have a self-made millionaire, an artist, a stay-at-home mom, a black conservative, a state representative, a lawyer, a civil rights attorney,” Elm says. “We’re going to have this conversation about the black agenda, on economy, on gay rights, on lots of things, and I’m really looking forward to that.”

Elm’s goal with The Culturist Union is to promote visibility for people of color, as well as bringing the community of Savannah together in a more meaningful way.

“Savannah is so unique—it’s like a small town that wants to grow up,” she says. “I think we just need to cultivate a community together, and I think everybody tries to do it on their own; everybody tries to create monolithic communities. I think the way to do it—and who am I, but whatever—is to bring all of those ideas together and expand versus just everybody staying in their own lane.”

Essentially, that’s at the heart of what both Elm and I are trying to do, in our own ways. Our Savannah art community is notoriously insular, and I think we often tend to stay in our own familiar lane. It’s time to combine our efforts and be the thriving artistic community that I know we can be. 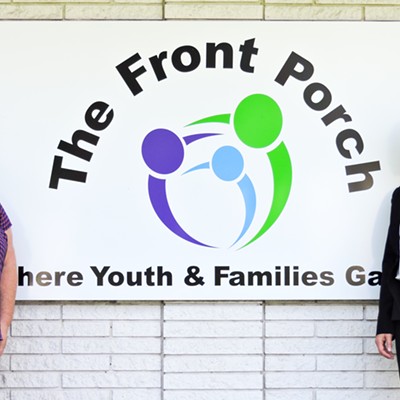