Singer-songwriter Frankie Ballard takes the stage at Saddlebags this weekend to share his chart-topping hits and much more.

Born and raised in Michigan, Ballard got his first guitar when he was 18 and cut his teeth playing in blues bands. Those weekend gigs helped Ballard develop some serious chops, and before he knew it, he was scooped up in Kenny Chesney’s Next Big Star regional competition in 2008. Ballard got the opportunity to open for Chesney during his Michigan tour dates, a path that led to a publishing deal with Sony ATV and recording contract with Reprise Records.

His latest album, El Rio, is already being considered one of the year’s best country/Americana albums by Rolling Stone, The Tennessean, and more thanks to chart-topping singles like “It All Started With A Beer” and “Cigarette.” It’s straight-up radio-ready country music, but that former track, penned by Chris Stapleton, Kip Moore, and Jaren Johnston, helps Ballard stand out from the masses with jangly, vintage guitar fuzz and clever lines like “All I can think about is all that I can think about and I keep thinkin’ ‘bout it.”

With influences ranging from John Cougar Mellencamp to R.L. Burnside, Ballard’s hitmaking Heartland sound will be a weekend highlight for country fans. 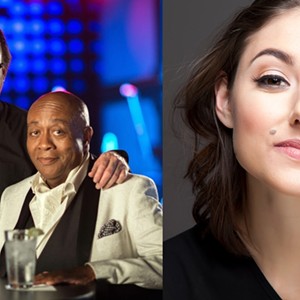