WHAT DO YOU think of when you think of the Fourth of July?

Besides fireworks and copious amounts of American flag apparel, you most likely think of freedom. This day is celebrated as the day America became free from British rule.

But in 1776, not every American was free. Not even close.

“By 1776, African-Americans comprised about 20% of the entire population in the 13 colonies,” says Julia Pearce of TybeeMLK. “What it meant was enslavement for black people and freedom for white people.”

If you’re truly in the mood for celebrating freedom in America, a more apt replacement would be Juneteenth. The day, June 19, marks the day in 1865 when a Union general in Galveston, Texas, discovered that the Emancipation Proclamation had been signed two years prior.

“Nobody told them—they were still slaving away,” Pearce laments.

As our country begins to recognize on a deeper level the racial injustices that continue to plague us, more people are calling for Juneteenth to replace the Fourth of July as a holiday worthy of celebration. This year, Juneteenth takes place on a Friday, and there are plenty of events on the docket to celebrate a more inclusive version of freedom.

Pearce, with TybeeMLK, will host the fifth annual wade-in, though it’s not the first wade-in that’s happened on Savannah’s beach. 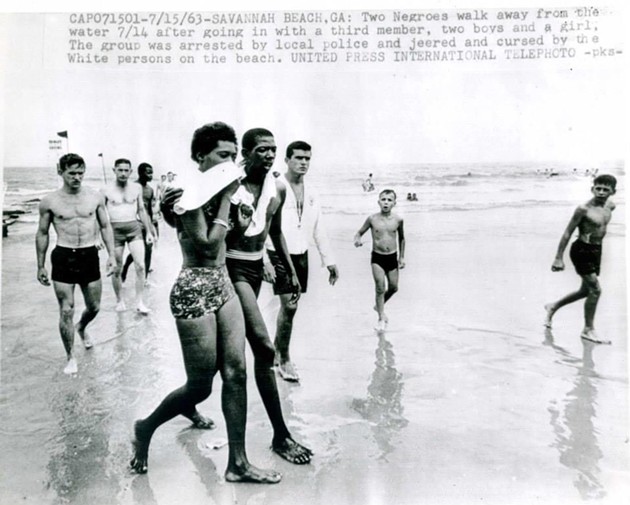 A clipping from a 1963 news article about the first wade-in on Tybee, where Black people were arrested for disrobing on the beach. Photo courtesy of Julia Pearce

Pearce, a Tybee resident, acknowledges that Tybee has not always been kind to people of color, which has often deterred Savannahians from coming to its beach. But as of late, Tybee’s people have participated in several protests for racial equity. Friday’s wade-in is just one more positive event to add to the roster.

The event begins at 9 a.m. and will feature Patt Gunn leading the crowd to the water and presenting a program about the ancestors. Chad Mance, an attorney and the Vice President of the NAACP in Savannah, will also speak.

Pearce asks attendees to bring a chair, a mask, and a noisemaker.

The wade-in isn’t the only event taking place in our city. On June 18, the Telfair will present a virtual Juneteenth lecture at 5 p.m. The Telfair’s Juneteenth celebration is one of the most consistent programs in the city, and while the pandemic has affected the in-person celebration, a virtual lecture is the next best thing.

Speakers Vaughnette Goode-Walker, a historian and operator of Footprints of Savannah, and Dr. Alvin Jackson, the co-founder and president of Willow Hill Heritage and Renaissance Center, will address why we celebrate Juneteenth in Savannah. They’ll also talk about secret schools operated in the city before Emancipation, as well as the Willow Hill School founded in 1874 by formerly enslaved individuals.

On Friday at 11 a.m., Bicycle Ride Across Georgia will lead a 25-mile ride in Brunswick in honor of Ahmaud Arbery and Juneteenth. Another community bike ride takes place the following day at 10 a.m. More information can be found at georgiabikes.org.

Friday evening, the Black, Proud and Free Walk will begin at 5:45 p.m. at the Forsyth Park Fountain. Organizers Akeem and Kareem McMichael and Phillip Davis ask attendees to create posters to celebrate and honor Black culture. The walk will be a peaceful demonstration designed to increase cultural pride and empowerment, and attendees are encouraged to wear a mask and bring water.

The Culturist Union, featured in last week’s issue, will host a virtual Black Millennial Roundtable on Friday at 6 p.m.

“We’re going to have a self-made millionaire, an artist, a stay-at-home mom, a black conservative, a state representative, a lawyer, a civil rights attorney,” Elm said last week. “We’re going to have this conversation about the black agenda, on economy, on gay rights, on lots of things, and I’m really looking forward to that.”

The festivities continue Saturday at Friendship Park in Ludowici. Unity in the Community hosts a Juneteenth meet and greet, complete with food and motivational speakers. Organizers Tre Singleton and Jerome Spaulding encourage you to wear a mask for their event.

Regardless of how you choose to observe Juneteenth, there are plenty of ways for you to do so in our community. As the fight for racial justice wages on, it’s important for us to learn more about our history. Juneteenth is a perfect starting point.

“Juneteenth is really a celebration of freedom,” says Pearce. “It’s a celebration and a time where all Americans say, ‘Freedom has happened to the United States of America.’ So that’s what this Juneteenth celebration is all about: it’s about freedom. Everybody should be about that.” 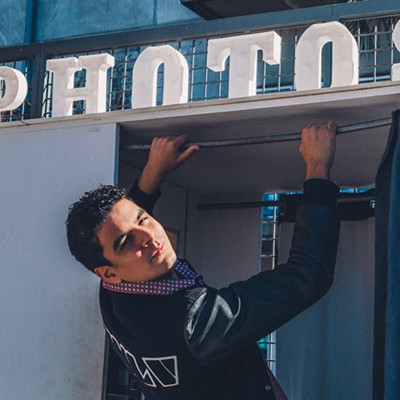