From Ping Pong to Table Tennis

What turns someone from a garage or YMCA ping pong player into a club-owning table tennis fanatic is a story involving an international move, boat repair and luxury airplanes. 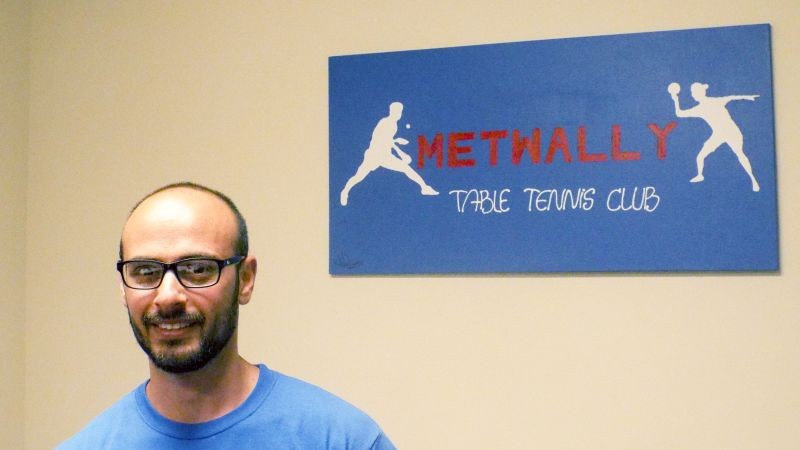 I VAGUELY remember playing ping pong when I was little. Maybe my parents had a table on the screened-in porch. Or maybe I picked up the paddles at the YMCA. I can’t recall.

Those little nets and plastic balls didn’t cross my mind again until Abdel Metwally called to tell me that he was starting a table tennis club, the only one in the Savannah area.

Like me, the native Egyptian first experienced ping pong in a recreational setting, quite by accident. But now he’s a table tennis diehard and a coach to the ill-of-form, like me.

“It’s going to take quite a bit of trial and error,” he tells me as I swat frantically at the oncoming balls like they’re flying summer bugs. “But the main thing is to hang with it.”

What turns someone from a garage or YMCA ping pong player into a club-owning table tennis fanatic is a story involving an international move, boat repair and luxury airplanes.

But first I have to learn the basics of this clickety-clackety world. Can you make the ball come at me a little slower? Can you always send it to me right where my hand is?

“The body movement is so much more than the paddle,” he explains as he recommends the most advantageous positions for my feet, elbows and whole body. This is dance!

His encouragements from the other side of the table include hearty rounds of “Good!” “Nice!” and “That works!” I can see how anyone could find this game addictive.

You simply want to master it. It’s a ball! It shouldn’t be that hard, like a key that won’t turn. Jamming doesn’t work. “At the same time, it’s an incredible workout,” he says.

You’re telling me! We lower our heart rates long enough to talk about Metwally’s life and how it relates to the sounds of squeaky shoes and hoots of victory in the background.

He tells me he came to the U.S. following family and seeking a better life. He wound up in Central Florida, land of many lakes, with a boat to his name. He liked repairing that boat. 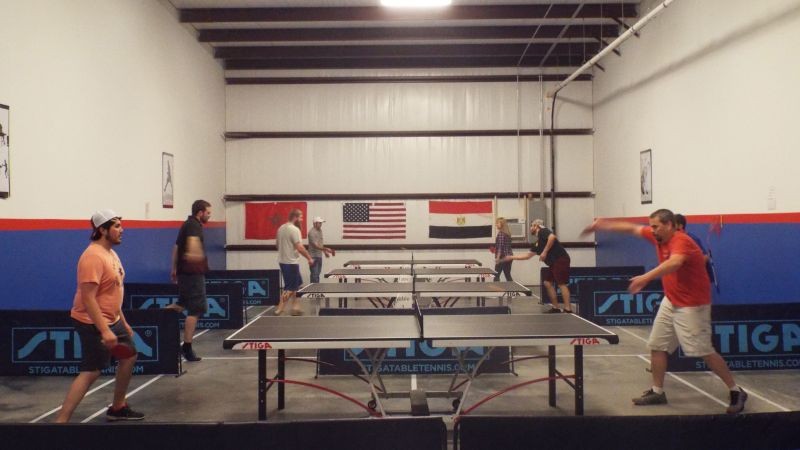 “I decided from there that I liked working on mechanical things,” he says. “I got on the Internet and found out what pays the most. And it was aviation.”

Say no more. He studied well and got hired at Gulfstream. And the break room there had a ping pong table. That’s where he began friendly games that became competitive.

“That’s where everybody has to start,” he says of ping pong, the game you and I know. “You can’t go straight into table tennis. You have to first be able to rally back and forth.”

Other Gulfstream break players made him better. He improved his backhands, spins and more artful ways of winning. And he started to do it at home, for many hours at a time.

“I wanted to play every day and not just on break times,” he says. But his own garage wasn’t enough because he needed more players than could schedule time with him.

So he opened a club, Metwally Table Tennis, in an unassuming Pooler business park. It has four tables and regular players. He’s been there every day since it opened in October.

“I’ve been finding such a great family,” he says. “Once I opened and people started to hear about it, next thing you know, there are players showing up that are amazing talent.”

Metwally wants to grow table tennis as a sport here. He wants to help other players. But mostly, he wants to improve his game. And that’s the sign of a man with true passion.