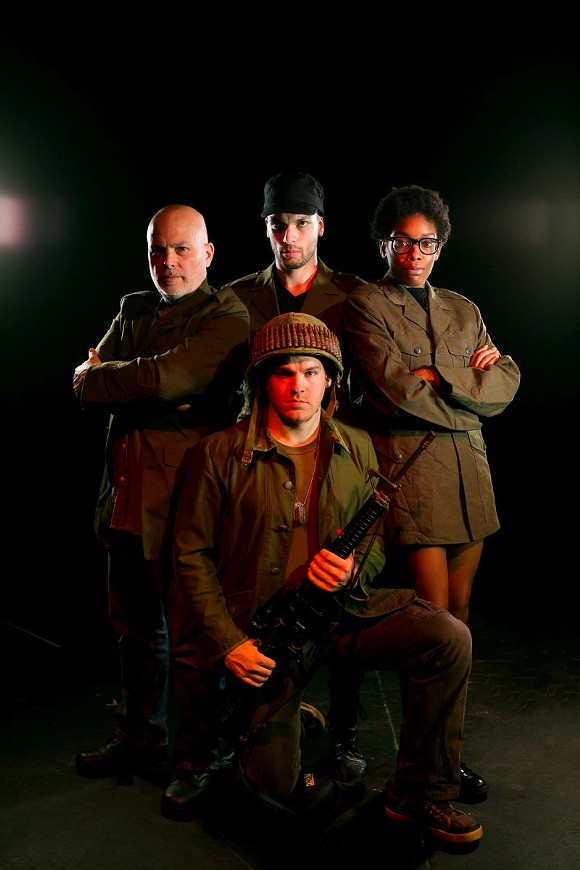 FIRST OFF, Henry V isn't about the fat king who chomped on big turkey legs and beheaded two of his six wives.

That would be Henry VIII.

Not the same Henry.

“It’s funny how many people get this confused with Henry VIII. And the two men are so vastly different,” says Sheila Lynne Bolda, director of the upcoming Savannah Shakes production of William Shakespeare’s Henry V, opening at Muse.

No, Henry V is the happy warrior king who, in two immortal speeches, urges his “band of brothers” to go “Once more unto the breach” before defeating the French in the Battle of Agincourt, one of history’s pivotal military engagements.

Two of the greatest Shakespearean actors of all time, Laurence Olivier and Kenneth Branagh, have famously assayed the role on the big screen. 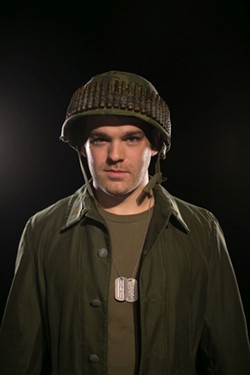 Zachary Burke follows in their footsteps as the eponymous young king, torn between his duties to his family and country on one hand, and the reality of his own soldiers’ tribulations and sacrifices on the other.

“Nope, no pressure at all,” Burke jokes. “I try to not let the weight of a role intimidate me and instead focus on the actual lines Shakespeare wrote, the flow of it and the word choice. There’s a lot of guidance in the way he writes.”

With Shakespeare, Burke says, “The emotion comes from two places: directly from the text and from your scene partner. If I just focus on those two things — and remember to breathe! — I’m doing OK,” he laughs.

This production is a continuation of Savannah Shakes’ ongoing chronological play cycle setting the Bard’s work in modern times.

They kicked it off last year with Taming of the Shrew, set after WWII. Most recently they did Much Ado About Nothing, in the Swinging Sixties. 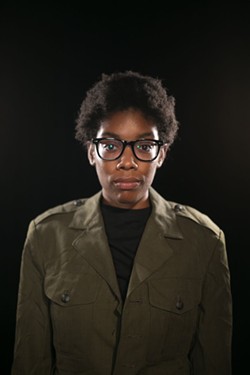 This time, Henry V is set in the Vietnam War, and all the king’s men carry M-16s instead of swords and wear GI helmets instead of armor.

“When you’re doing cultural mashups like this you want to look for the threads that tie them together,” Bolda says.

“When I was looking at the Battle of Agincourt, the thing that stuck out for me was the French knights being buried in the mud. In this case they equate with the Vietnamese, and of course Vietnam was a French colony at one time.”

That said, the play as written is a bit dense with period references to the Hundred Years War. So Bolda says, “We’ve trimmed a lot of the politics and retained a core of familiarity.” 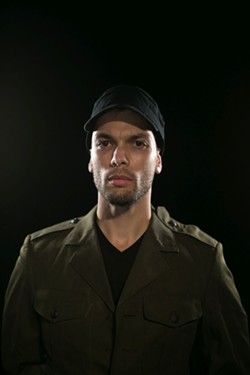 Another connection, Bolda says, is that “in the very beginning there are some political and religious figures saying, ‘We’ll trick them into going into war, to distract the people from these other issues.’ Pretty sure you could draw some parallels there.”

There’s even a parallel with humble draftees. Henry, his identity concealed, walks through camp on the eve of battle and hears his men complain they are just fodder for royal adventures.

“We were looking for a tagline to help promote the show. And we decided that ‘The King is but a man’ is the truest line for this,” Bolda says. “Henry is actually the one who says it, when he’s making his case to the draftees.”

“Henry is very genuine in his desire to do right by God and by his subjects,” says Burke. “When he’s making these big speeches, there are usually good reasons for them.”

Burke says the Vietnam setting has informed some of his characterization of King Henry. 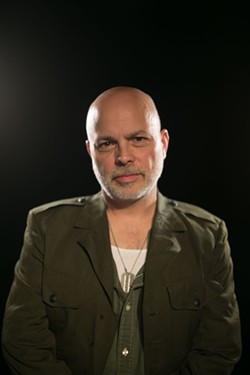 “Some scenes might feel different in England in the cold. We were doing one scene and I had this idea it would be really freezing out. But then I realized, hey, we’re in the jungle with bugs! So I started slapping away mosquitoes instead.”

Fittingly, the show opens on Veteran’s Day, and Bolda says Vietnam vets get in free and there are military discounts throughout the run.

“We used the expertise of some veterans in putting together the look and feel of the show, including my father, who served in Vietnam,” says Bolda.

“Ironically, there’s a character named Westmoreland in the play, and of course in Vietnam there was actually a Gen. William Westmoreland. He visited my dad’s unit one time... Dad says he was a real jerk,” she laughs.