IT'S TIME TO salute the beauty of analog! For eight years, indie record shops around the world have participated in Record Store Day, an annual event dedicated to supporting independent music retailers. Every April, labels release exclusive vinyl and music fans swarm their local shops to score limited releases, deluxe reissues, and swoon-worthy box sets. Savannah’s own Graveface Records & Curiosities and Rody’s Records are participating in the festivities, and we’re here to guide you through the delightful madness of the vinylphile’s favorite day of the year.

Rule #1: GET THERE EARLY. Savannah’s home to plenty of record fans, and they’re gonna rise with the sun to line up and score their most desired releases.

• Plan ahead. RecordStoreDay.com is a great resource for scoping out what your neighborhood store will have in stock. Graveface is encouraging folks to sign up for their mailing list and monitor the “RECORD STORE DAY 2015” Facebook event for updates and specific stock inquiries. Do your research and budgeting ahead of time, make a list of the wax you can’t live without, and come prepared; it’ll make it easier on your friendly shop staff and your fellow collectors.

• If you’re waiting in line before Graveface opens its doors, you’ll receive a number (if you’re #1 in line, you receive the first number, #2 gets the second, etc.). This system determines the order in which shoppers can enter the store, making it a fair playing field.

• At both Graveface and Rody’s, the rule is: one copy of one title per person. ‘Cause it sucks when someone scoops up every single copy of a limited release just to list them on eBay later that afternoon.

• Be nice and remember: when it all comes down to it, it’s just stuff. There’s no need to push and shove or be nasty to the girl who got the last D’Angelo 7” before you did. Music brings people together, and RSD is a holiday devoted to celebrating the never ending amount and variety of arrangements of vibrations that exist solely to provide humans with some form of comfort and escape. Grab some Back in the Day cupcakes, go home and listen to your spoils with your neighbors and friends. Posi vibes, y’all.

The Discounts and Deals

• All Graveface label releases and gear is 20% off; that includes apparel, tote bags, slip mats, and more skully merch.

• All used records are buy two, get one free.

• All DJ singles are just 25 cents each; dig some change out of the couch and get some tunes!

Graveface and Furious Hooves are teaming up to provide a live soundtrack for shoppers. Even if you don’t plan on digging in the bins, you can still catch a great live show. Bands kick off at 4 p.m.

Two Savannah-based labels, Graveface Records and Furious Hooves, have official Record Store Day releases coming out this year. So we’re all on the same page: you can support your local record store by shopping on a day entirely devoted to supporting local record stores, and you can purchase records from aforementioned record store that have been put out by local labels, including a release that includes tracks by local bands and a zine with art by local artists. So. Meta.

Since the inception of Furious Hooves, co-founders Ryan McCardle and TJ Hatcher have been looking for a way their love of 1990s basketball could directly inform a release on their label.

“We got our first song for the compilation in 2012, so, needless to say, it’s been a long work in progress for some time now,” says McCardle.

A Furious Hoops purchase includes a 140 Gram, orange, hand-numbered vinyl record, zine, an original 1990s NBA trading card, and a Furhoof Bigfoot Baller Sticker. Limited to a run of 500, each copy is hand-stamped and numbered, stickered, and packaged by McCardle himself.

Furious Hoops is considered a limited run/regional focus release, but, according to McCardle, “in FurHoof terms, this was a huge release. This is the first FurHoof RSD release, and only the third vinyl release ever for us. It’s a huge scope of distribution, especially since we’re an insanely small label.”

“Getting the [official] RSD stamp of approval was hard,” he says. “I definitely had to write up some hard selling points with all the WOW! BAM! POW! lingo.”

Even if you’re not a sports fan, you’ll surely find something to love: Hawaiin Boi’s “Varsity” is a wistful musing of how things could have panned out if he’d played varsity. Sauna Heat’s cut tells the story of losing a girlfriend at a Detroit Pistons game. Taylor Noll’s Hallucinex vexes about a failed half-court shot that causes an existential crisis.

At the heart of it all is a packed stadium rooting for the little guy, for the underdog. It’s fitting.

“I knew it was difficult to get accepted [to become an official Record Store Day release],” says McCardle. “But...Furious Hoops was my baby, and I was pushing it for my dreams.”

“Female-fronted garage pop done better than everyone else is doing it right now,” describes Ryan Graveface. “That’s right, I said it.”

Perhaps one of the best aspects of Graveface as a label is that the boundaries of genre pretty much don’t exist; their impressive roster essentially consists of bands that Graveface himself is a rabid fan of, a lexicon of the rare stuff that catches his ear. The variety that you can discover is what makes following their releases so much fun.

Savannah got a taste of Irish band Dott’s shimmering garage-pop live and in person just a few weeks back; simpatico label mates Night School are a perfect band to share the 12” split acting as the label’s only Record Store Day release.

The pros behind the counter at Graveface and Rody’s told us what they plan on snagging on the big day.

Shogun Assassin OST – “I’m a kung fu movie nerd, and this has been one of my favorites for years. The movie and soundtrack have been sampled a million times, and I can’t wait to have my own copy of this rad soundtrack!”

Pity Sex, Elucid – “They played for us live about a year ago [at the former Vinyl Vibe Records], and that was pretty awesome. I’m looking forward to the album coming out; we ordered a bunch of them to hype it.”

Brian Eno, My Squelchy Life – “‘90s Eno is sort of like riding an elevator into space and having the space-elevator music as your only introduction to the alien atmosphere you’re headed into. Luckily, with that guy, you always feel ready. I’m always looking forward to adding another piece to my shelf-mounted puzzle of Eno’s amazing brain.” 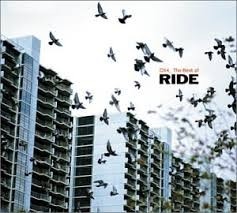 Ride, OX4 – “More annoying reunion nonsense from a band that should probably remain broken up. Why do I feel obligated to purchase this? What’s wrong with me? Why is 16-year-old Ryan winning?” 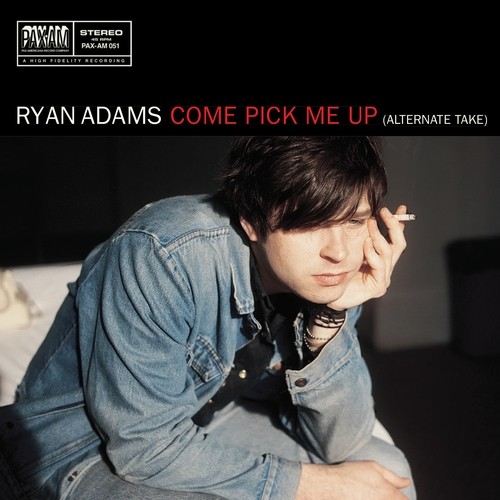 Ryan Adams, Come Pick Me Up – “This is one of my absolute favorite songs ever written, and I can’t wait to hear what the alternate take sounds like.”